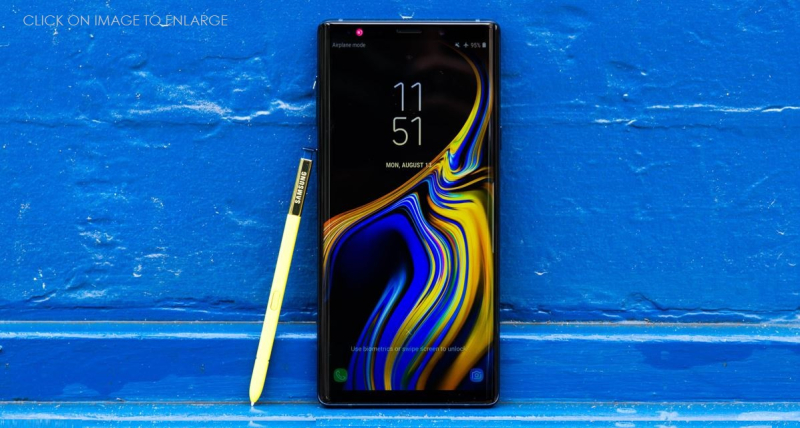 Patently Apple posted a report yesterday titled "Judgement Day is Fast Approaching Apple, Google & Dolby in October's South Korea National Assembly Audit." In that report it was pointed out that Korea's Fair Trade Commission had opened their case against Apple at the same time that Samsung was recalling their Note 7. The timing appeared to be a retaliatory move against Apple for the Note 7 recall that Koreans blamed on the U.S. for "protecting Apple." Call it karma or happenstance, but it's now being reported that a case against Samsung for a fiery Note 9 has been filed in New York. The allegation was made that Samsung Electronics' next-generation Galaxy Note 9 went up in flames spontaneously in the United States.

While Samsung Electronics launched an investigation into the case, it is concerned that the case might become the beginning of another battery disaster like the Galaxy Note 7 fire fiasco in 2016.

According to the Korean report, Diane Chung, a real estate agent in New York, filed a lawsuit at the Supreme Court in Queens County, New York, claiming damages and an injunction against the sale of the Galaxy Note 9 in connection with a fire involving the Galaxy Note 9.

According to Chung, while using the Galaxy Note 9 in an elevator, the smartphone suddenly became hot so she put it into her bag. Then, Chung heard a whistle-like sound out of the bag and smoke came out of it. Chung tried to hold her smartphone with her hand but the heated-up smartphone burned her hand. It was reported that the fire was put out only after all things in her bag were thrown out of the bag and she put the smartphone into a bucket filled with water.

Chung is demanding both damages and the halt of the device's sale, saying that she has been shocked by the accident and unable to contact her clients.

Ko Dong-jin, head of the IM Division of Samsung Electronics at a press conference last month that "The battery for the Galaxy Note 9 will be the safest battery ever. Customers do not need to worry about it anymore."

Is Diane Chung looking for quick payoff from Samsung to settle the case and make it go away or does Samsung have another true disaster on their hands?

For now it's way too early to predict that a single case of a fiery Note 9 will trigger another recall in the U.S. Though I'm sure tensions are high at Samsung's executive branch today.

The New York Post was first to report on this story on Saturday followed by CBS News yesterday.