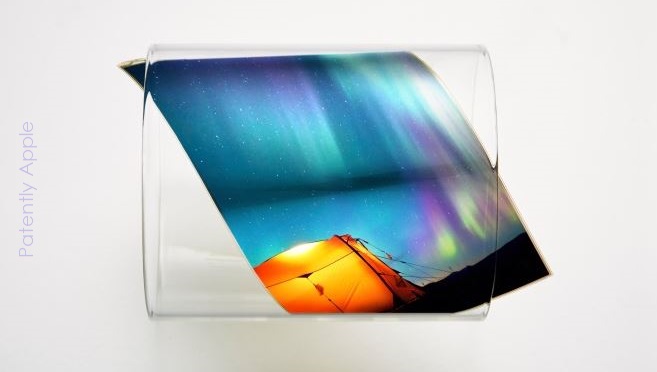 Patently Apple has been following the latest rash of reports supporting Samsung's future folding smartphone (one, two and three) with the latter covering a report about how Samsung SDI has developed a new clear adhesive for folding smartphones. Today we're learning that Samsung has selected Sumitomo Chemical, a Japanese electronic materials firm, to be their first foldable smartphone supplier for polyimide films.

The news was actually broken when Smimoto's President Masakaze Tokura said in a meeting in June that the Japanese firm had been chosen as the supplier for Samsung's foldable phone. His announcement at the time was not confirmed by the Korean tech giant. Even though the company got ahead of Samsung's announcement, the Korean report all but confirms it.

However, Samsung reportedly chose the Japanese supplier because they could meet small supply orders. Samsung's first foldable smartphone will only be produced in a limited batch. If the new form factor becomes a market hit, Kolon may be chosen for volume shipments at a later date.

A polyimide transparent plastic film that protects the display placed underneath is considered a core component of foldable smartphones for its flexibility as well as durability.

Samsung's first foldable smartphone, tentatively named Galaxy F, is anticipated to be unveiled at the firm's developer conference in November and hit the shelves early next year.

Most of the premium smartphones utilize glass, like US firm Corning's Gorilla Glass, to protect the smartphone panels, but the glass-type components are not suitable for foldable devices as they are prone to breaking.

In recent years, electronic components makers have competitively joined the race to develop the protective film as major smartphone companies, like Samsung, have signaled that they would roll out smartphones with a new form factor in a bid to reinvigorate the global smartphone market facing slow growth due to fierce competition and high penetration.

The fact that Samsung will be introducing a foldable smartphone is no surprise to us as our Patently Mobile IP blog has been covering this development for years regarding Samsung display patents.

The only mystery to be solved is which form factor Samsung will choose for their first foldable smartphone as their patents reveal a wide variety of designs from simple to those that are more elaborate.

A simpler design resembles that of an old flip phone. A play on a flip phone design won't move the innovation needle much and may set Samsung up for ridicule. And because Samsung seems to be rushing a foldable form factor to market simply to win the honor of saying that they were first to market with such a device, they may skip delivering anything really sophisticated, exciting or meaningful at this time. Then again, we'll see what pops up at their developer conference in November.

Below are a sampling of Samsung's patent figures covering both simple and elaborate folding smartphone form factors. 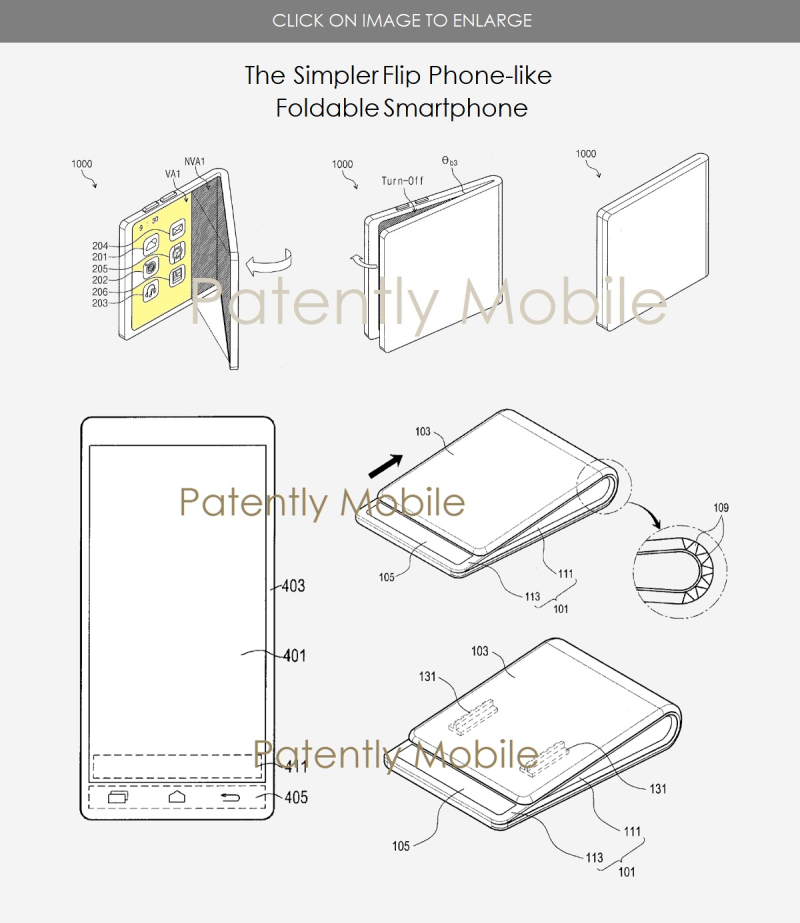 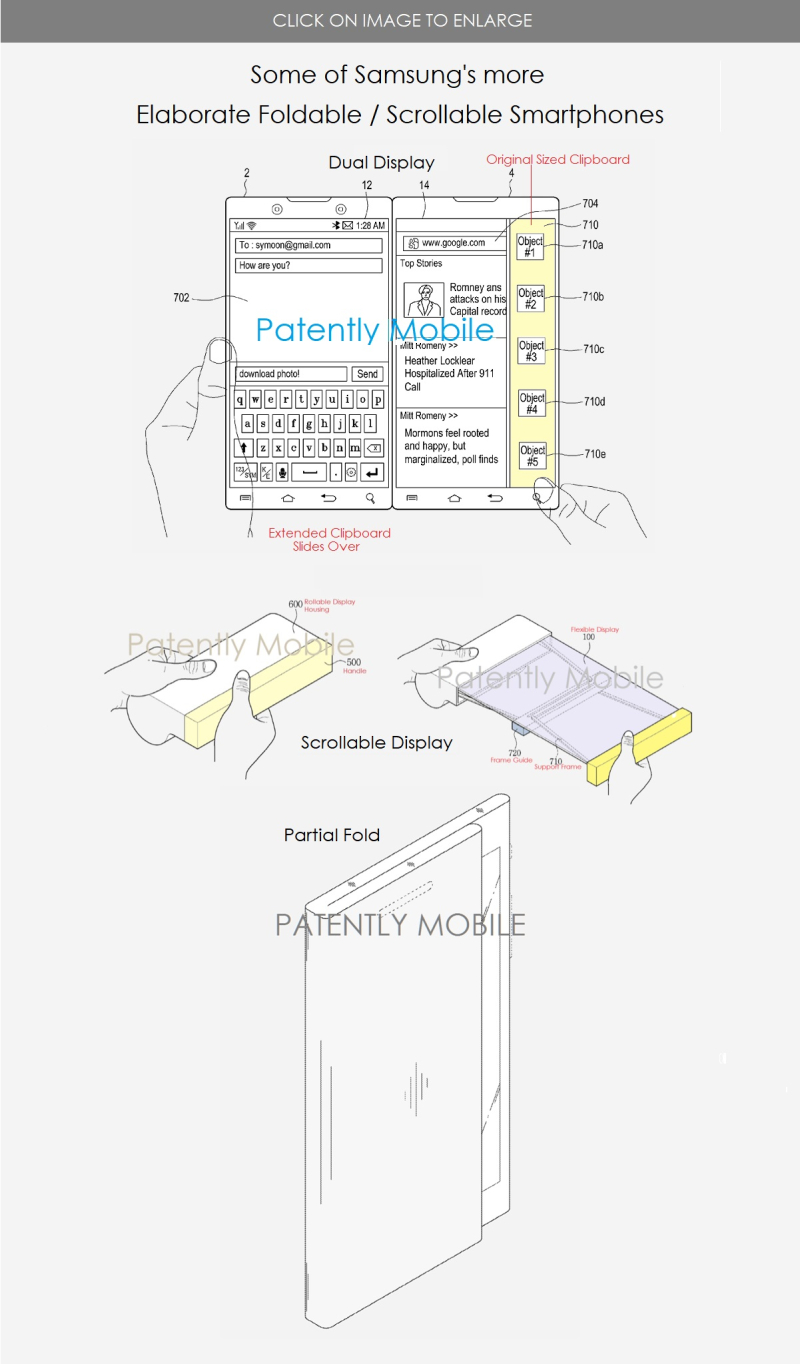