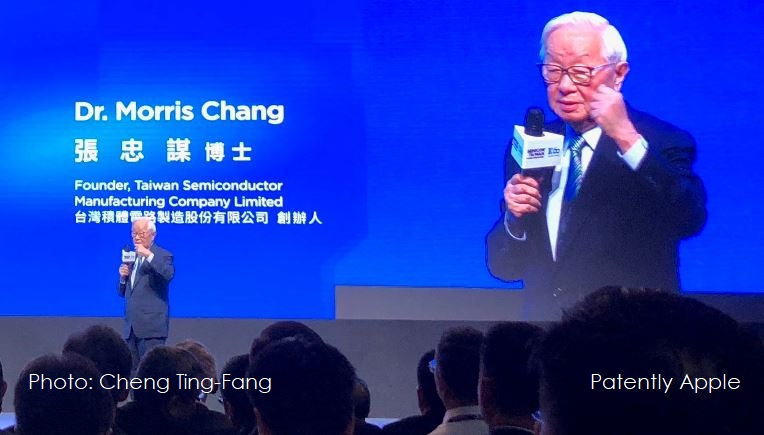 According to retired founder and CEO of TSMC, Apple's supplier of processors, the global chip industry risks losing out to Chinese rivals who are exploiting generous government subsidies to invest in emerging technologies.

In his first major public appearance since stepping down from the world's largest contract manufacturer semiconductor in June, the industry veteran warned that only massive investment in major innovations would guarantee that today's chipmakers would still be relevant tomorrow.

Dr. Chang stated during his keynote at the annual SEMICON Taiwan fair earlier today that "We see innovative business models heavily subsidized by governments such as China's, even without knowing if they are sustainable." He identified 3D chip packaging, extreme ultraviolet chip equipment, artificial intelligence and machine learning as among technologies that could create new opportunities for the semiconductor industry.

In the bigger picture, Dr. Chang was upbeat about the outlook for the industry, saying he expected growth to be double that of the world economy over the next 20 years.

"I think global GDP growth will be around 2.5% to 3%, while the semiconductor industry could continue to grow faster, at around 5% to 6% over the next two decades," said Chang.

Chang's sentiments come as the industry finds itself under scrutiny by countries concerned about national security, notably evident in the current U.S.-China trade dispute, which is escalating into a technology cold war between the two powers.

China has been using government funds to bolster its semiconductor sector to reduce dependence on foreign chipmakers, a key component of its "Made in China 2025" initiative. The U.S. hopes to curb this through tariffs and by closely monitoring Chinese investments in American tech companies. For more on this, read the full Nikkei Asian Review report here.

In January, Patently Apple posted a report titled "U.S. Government Attempting to Stop Apple Smartphone Competitor Huawei from Entering the U.S. Market via AT&T." It was noted in that report that two congressional aides had told Reuters that the "U.S. lawmakers are urging AT&T to cut commercial ties to Chinese phone maker Huawei and oppose plans by telecom operator China Mobile Ltd to enter the U.S. market because of national security concerns."

This week it was reported that the Trump administration could hit China with $200 Billion worth of new tariffs on Chinese goods while China eases economic pressure on North Korea to undercut the U.S.. China's state media has warned that China could use Apple as a bargaining chip to help curb the proposed U.S. tariffs.That's what nervous Apple investors are keeping an eye on.

While the U.S.- China cold war may be necessary to put the U.S. on a fairer playing field with China, the short term pain will have the media and tech companies endlessly complaining. For now it's good to hear that the retired founder and CEO of TSMC is making the Chinese threat real for those attending the SEMICON Taiwan trade show.