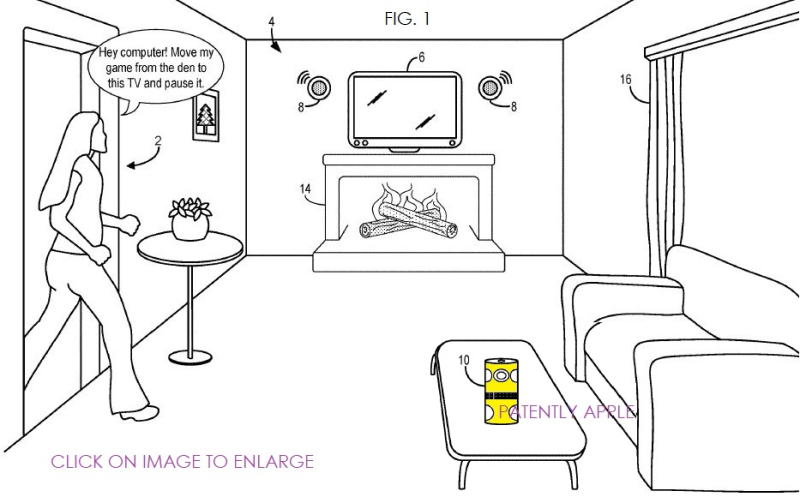 In May Pocket-lint reported that Microsoft was working on its own smart speaker device to rival Amazon, Google and Apple. The report claimed that Microsoft and Taiwanese manufacturer Quanta Computer have partnered to build the new speaker.

Today, Patently Apple discovered a new patent application from Microsoft published by the U.S. Patent and Trademark Office this past Thursday that describes their work on a smart speaker. Our cover graphic is Microsoft's patent FIG. 1 which describes the figure as showing "an example environment with an intelligent assistant system in the form of an all-in-one computing device."

Microsoft is holding a Surface oriented event in New York on October 02, 2018 at 4PM ET. Tech sites covering Microsoft are hesitant in taking a guess at what new Surface branded device(s) Microsoft could be introducing at the event, though as Pocket-lint reported, it could very well be a smart speaker. 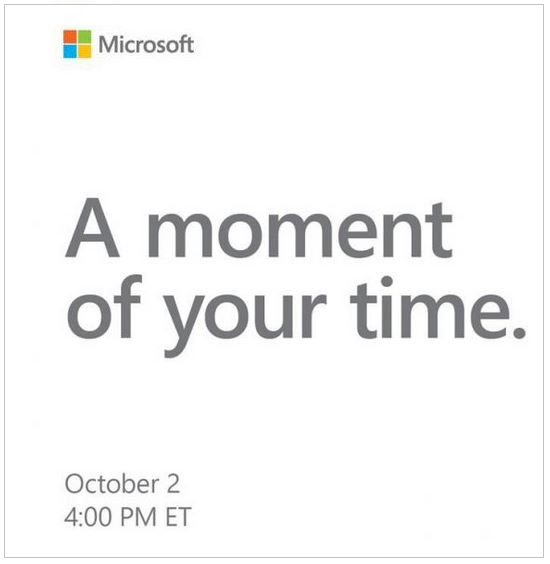 Microsoft states in their patent filing that the proliferation of intelligent assistant devices reflects their increasing popularity as people seek greater convenience in their daily lives. Such devices can perform tasks and services for users via voice interactions. As described in more detail below, typically one or more functions of an intelligent assistant device are activated upon detection of one or more keywords spoken by a user. After the keyword is detected, verbal queries or commands following the keyword are captured and sent to a remote service for interpretation. To ensure that a user's requests and intentions are fully captured, the device typically waits for a period of time after the keyword is received and recognized to receive additional user input. Using the results received from the remote service, the device then responds to the user input.

However and as noted, when operating in this passive manner a device waits to receive verbal queries and commands from users. Additionally, the time occupied by waiting for additional user input following the keyword and the roundtrip communications with the remote service(s) can introduce delays and create barriers to easily conversing with the device.

The user may ask the system for information about a wide range of topics, such as the weather, personal calendar events, movie show times, etc. In some examples, the intelligent assistant system also may be configured to control elements in the living room, such as a television, speakers of a music system, a gas fireplace, or motorized curtains. 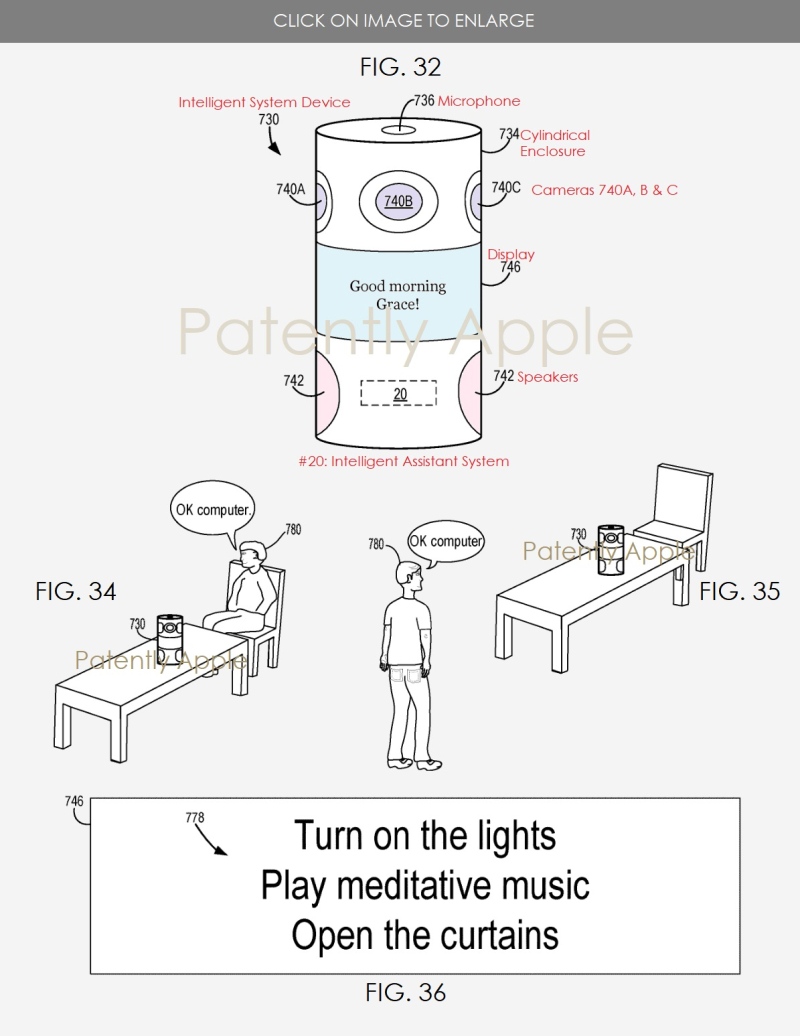 Microsoft filed their patent application with USPTO in Q2 2018 which was made public this past Thursday.

Microsoft's first smart speaker patent was covered by our other IP blog, Patently Mobile, back in January 2017.

One More Thing: Oddly back in May 2017 it was Apple's SVP of Worldwide Marketing Phil Schiller who said that Amazon-like smart speakers should come with a display. The HomePod came out later that year without a display and at the iPhone event last week they updated their HomePod without adding a new version with a display. What happened to Phil's idea? I guess with the HomePod costing multiple times more than other smart speakers, adding a display would have likely doubled the price.

Currently both the Amazon Spot and Echo Show sell for $129 with a display. Should Microsoft actually launch a smart speaker with a display next month, it's likely to far more expensive. The Surface line of products are designed to compete in in the premium market and against Apple products.