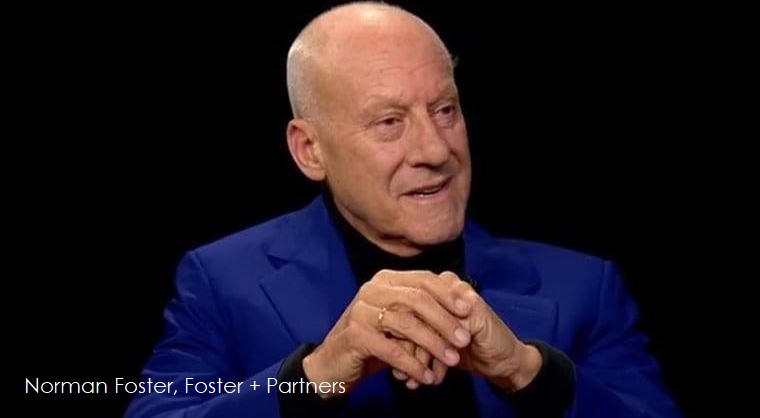 The late CEO and Co-Founder of Apple Steve Jobs chose Foster + Partners in 2009 to design Apple Park, their new Headquarters in Cupertino, California. In the video of Charlie Rose interviewing Norman Foster, the famed designer talks about how the Apple Park project came into being and his initial all day first meeting with Steve Jobs that concluded by having pizza at the home of Steve Jobs and meeting his family.

Apple's partnership with Foster + Partners later grew to include a series of new Apple Store Designs such as the ones in Dubai (One and two), Chicago and their latest stunner in Milan Italy. 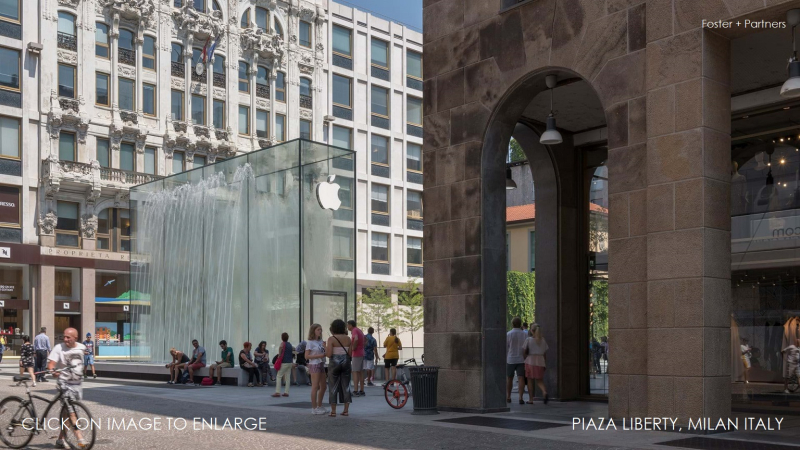 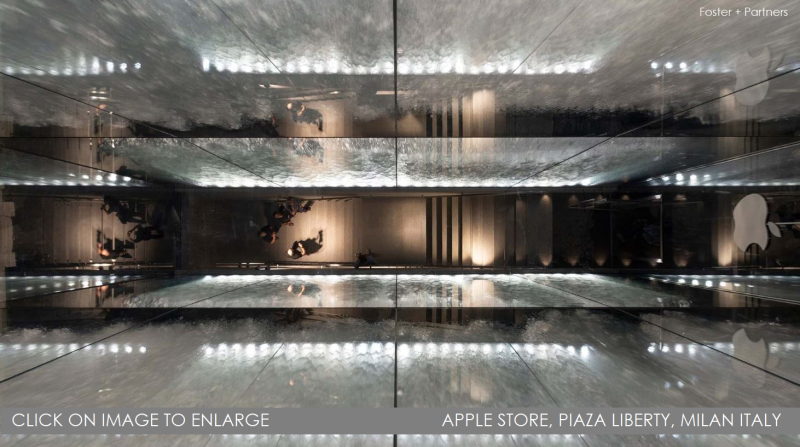 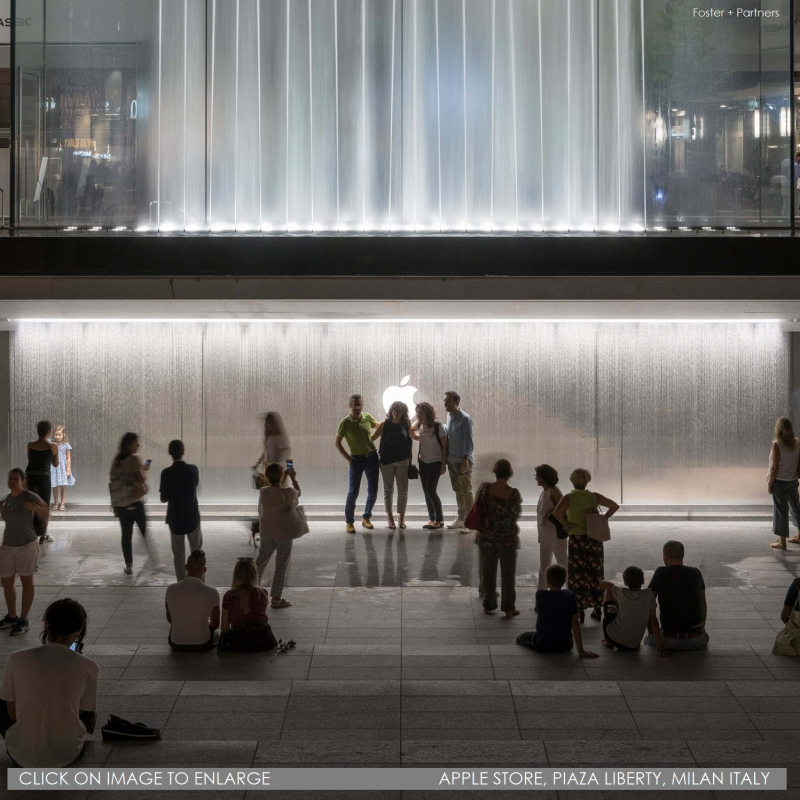 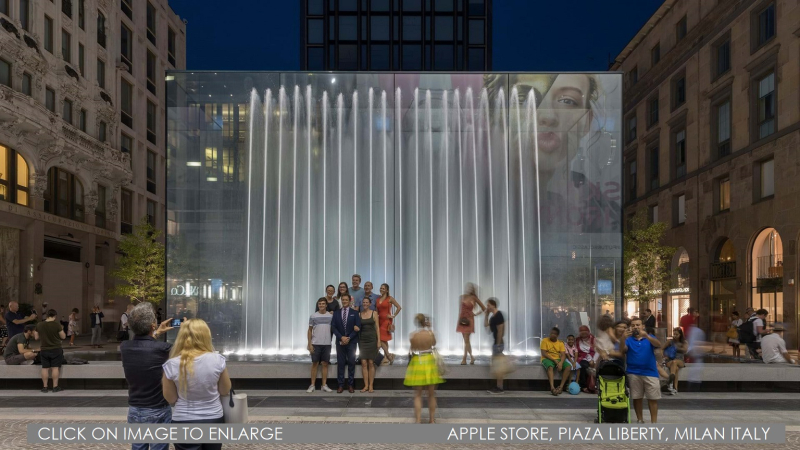 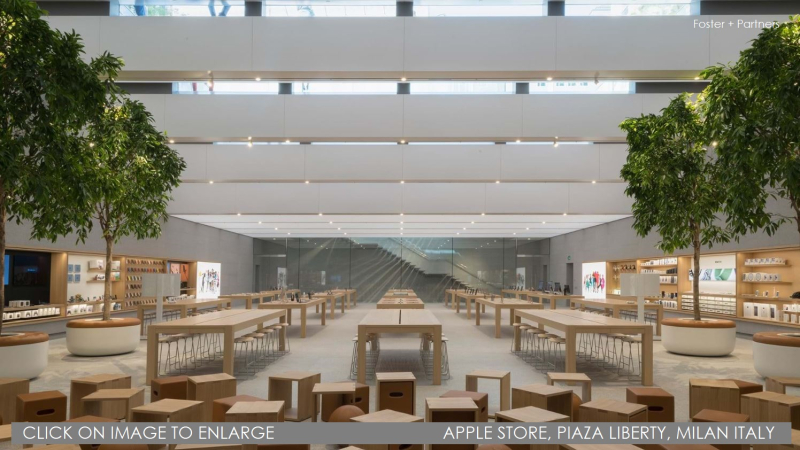 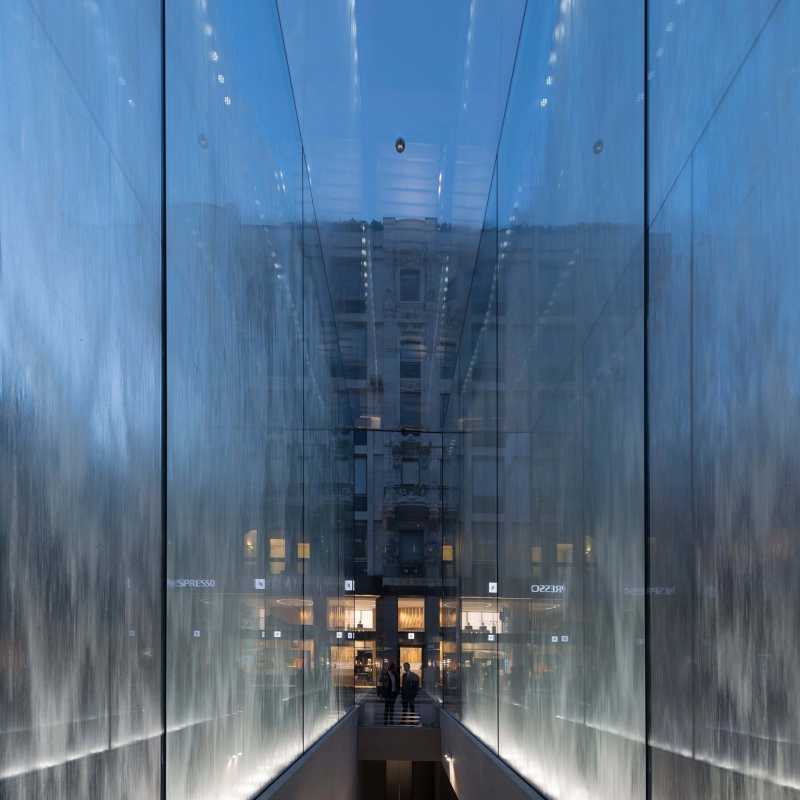 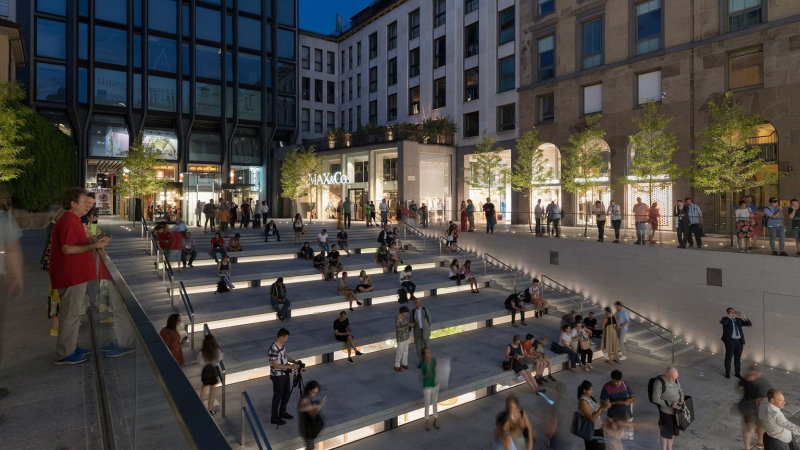 If you're a student or lover of architecture you might want visit the Foster + Partners Open House in London scheduled for September 22-23. 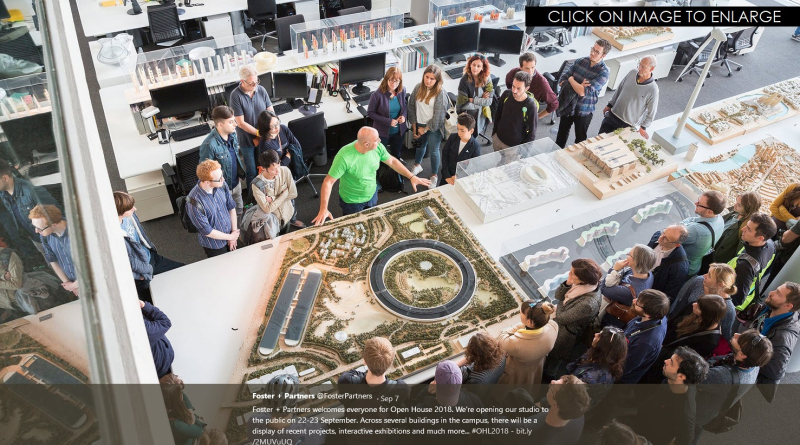 Foster + Partners will be opening its Battersea studio to the public as part of the 2018 London Open House weekend. Across several buildings in the campus, there will be a display of recent projects and an exhibition showcasing the practice's commitment to sustainability. Visitors will have a view over the 60-metre riverside studio, with interactive displays to give an insight into the work of specialist teams and studios.

A number of buildings in London designed by Foster + Partners will also be accessible during Open House 2018. These include for the first time, Bloomberg (City of London), alongside others such as Capital City Academy (Brent), HM Treasury (Westminster); One Bishops Square (Tower Hamlets); and City Hall (Southwark).

Open House London is an annual celebration of the capital's architecture. It takes place during the weekend of 22-23 September 2018, when more than 800 buildings, many of which are normally closed, are opened to the public – all for free. It is a wonderful opportunity to celebrate the richness of London's architectural heritage.

For other information about Foster + Partners, visit their website here. I personally got lost on their site this morning looking at the depth of design this company is into from buildings to lighting and more.

There are videos and photo galleries touching on designs for EVA, Lumina Table Light, the incredible DP World Cargospeed Hyperloop, New International Airport Mexico City, Flythrough, Lunar Habitation, Mars Habitat, Fuel Stations of the Future, SkyCycle, the Future Apple Store in Toronto called The One, the National Bank of Kuwait, and the Zayed National Museum in Abu Dhabi / UAE and so much more. Take a journey, visit the Foster + Partners website today. 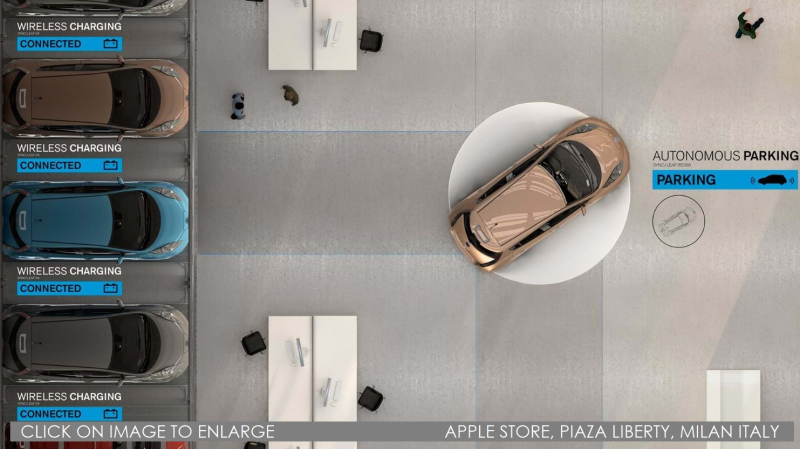 After spending some time on the Foster + Partners site, it makes you wonder if Apple's SVP Industrial Design Jonathan Ive wouldn't be better off starting an Industrial Design Center outside of Apple to develop future smart homes, smart home devices, fixtures, appliances, smart clothing and more. Then again, that's a story for another day.