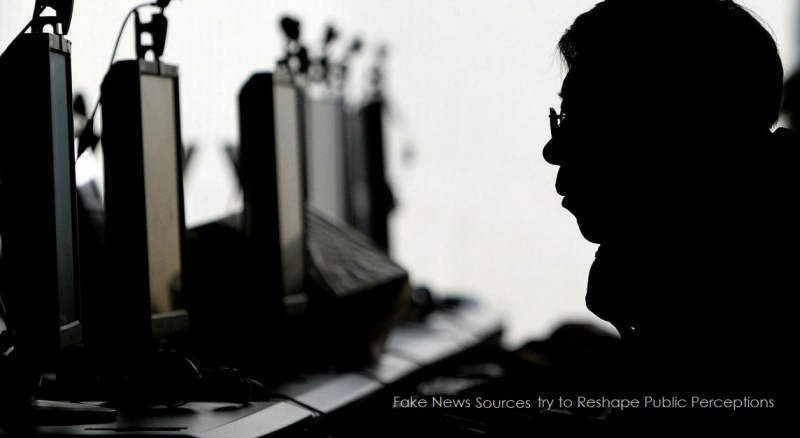 It's pretty clear today that there's a concerted effort to dampen the enthusiasm for Apple's new iPhone line-up. A few days after the iPhone Event, a data firm specializing in analyzing online chatter predicted that the "intent to purchase new iPhones" was at a Multi-Year Low. Today, shadowy unnamed "industry sources" masquerading as representatives of Apple's supply chain are out seeding FUD, a tactic acronym for "Fear, Uncertainty and Doubt" that is designed to influence perception by disseminating negative and dubious or false information.

Why would Apple's own supply chain turn on Apple just days after the iPhone event and prior to iPhones even shipping? In real life suppliers would be pumped-up and promoting the new iPhones to generate a positive sales environment being that they have a vested interest in the success of the new iPhones.

Digitimes is reporting today that "Taiwan's makers in the iPhone supply chain are likely to face increasing uncertainty over their sales outlook for the fourth quarter of 2018 due to the high pricing of the just-released next-generation iPhone devices, according to industry sources.

Most of the makers are concerned that prices of new iPhones, starting at US$749, US$999 and US$1,099, respectively, for the three new models, are too high, and therefore could affect sales momentum of new Apple devices.

Supply chain makers are usually more concerned about whether their production capacities could meet the demand from Apple. But the supply of key components is unlikely to become tight this time because some parts used in the previous older generations of iPhones can still be used by the new models as there are not major differences in hardware specifications, said the sources.

As a result, Apple's promotion efforts and sales of the new iPhone devices, the iPhone XS, XS Max and XR, have become the focal point of concerns, said the sources. And since the iPhone XR will not be available until late October, sales of the iPhone XS and XS Max in the next few months will serve as major indicators for the future performance of supply chain makers, commented the sources.

Although consumers in the Asia Pacific region have preference over large-size smartphones, it remains to be seen if they will pick up the high-priced 6.5-inch iPhone XS Max, said the sources.

As a result, the sources pointed out that Foxconn Electronics and Pegatron, the two major OEM producers of the new iPhones, would see their performance for the fourth quarter of 2018 seriously affected if sales of the iPhone XS and XS Max are lower than expected as both companies rely on the number of devices sold for their revenues."

The shadowy "industry sources" in the Digitimes report are placing high doubt that Apple's high-priced iPhone strategy will work this time around.

On the flip side, Patently Apple posted a report last Thursday titled "Apple's CEO is Positive that Apple's Wider iPhone Price Range will be able to Serve more Customers Worldwide." Apple is confident in their iPhone strategy and for good reason.

Over the weekend Patently Apple pointed out how the Chinese media were flipping out because Apple listed Taiwan as an independent country on a list of shipping points for September 21. It's just part of a negative wave against Apple. 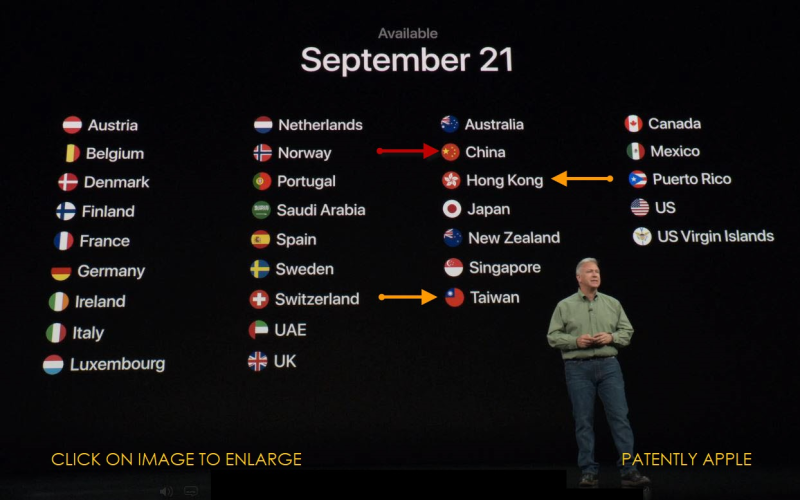 I don't see today's Digitimes report as an honest one. I view it more as a "paid for story" by some group; a group with interests in seeing Apple slip in China. I say that because the overall story spits in the face of Apple's ongoing performance in China based on facts rather than false fear. It's the epitome of "Fake News."

Whether it be from Russia, China, the FBI or a tech web site, it is clear that Fake News is one of the most dangerous forms of propaganda in play today.