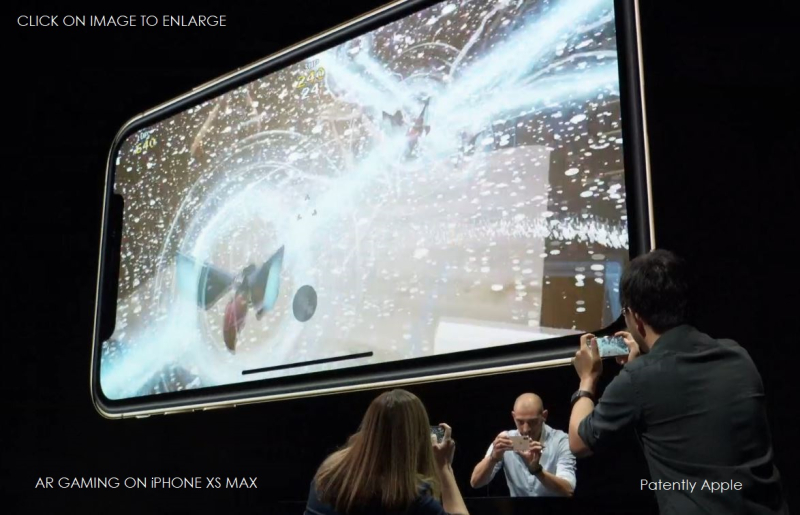 IDC reports today that "global shipments of standalone and tethered Augmented Reality (AR) and Virtual Reality (VR) headsets are expected to total 4.2 million units in 2018, up 31% from 2017. Looking ahead to 2022, shipments for these headsets is expected to rise to 53.1 million units with a compound annual growth rate (CAGR) of 88%."

Pathetically, screenless viewers that use smartphones as their display "have accounted for a significant portion of the market to date," according the IDC report. Yet considering that Samsung gave away tens of thousands of these viewers as a lure to sell more Galaxy phones, the value of the IDC stats in my view could be skewed.

What I found fascinating about today's IDC report is that they've "updated its forecast to push growth for AR headsets out further as AR progress on smartphones and tablets continues to outpace that of headsets," said Jitesh Ubrani, senior research analyst for IDC Mobile Device Trackers. "Apple's ARKit has continued to improve the fidelity of AR experiences on iOS devices.

IDC further noted that "While most consumer-centric AR apps are focused on smartphones and tablets, commercial AR is driving shipments for standalone and tethered AR headsets." Developers like PTC focus on commercial applications for headsets like Microsoft's HoloLens.

Microsoft and Facebook VR or mixed reality headsets are not moving the consumer needle much for demand as the IDC chart below shows. These devices are not connecting with consumers at all. 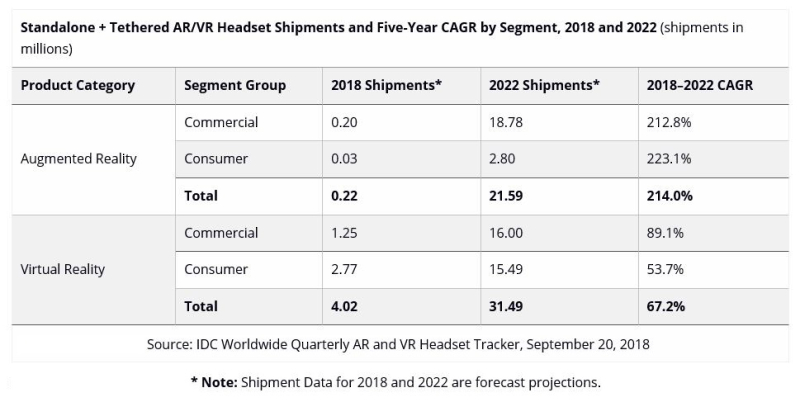 During Apple's iPhone event last week Directive Games were on stage to show off their new AR game for iOS as shown in the graphic below. You could review that segment of Apple's keynote video starting at the 1:02:58 mark. The excitement over AR gaming is building with every new generation of iPhone. 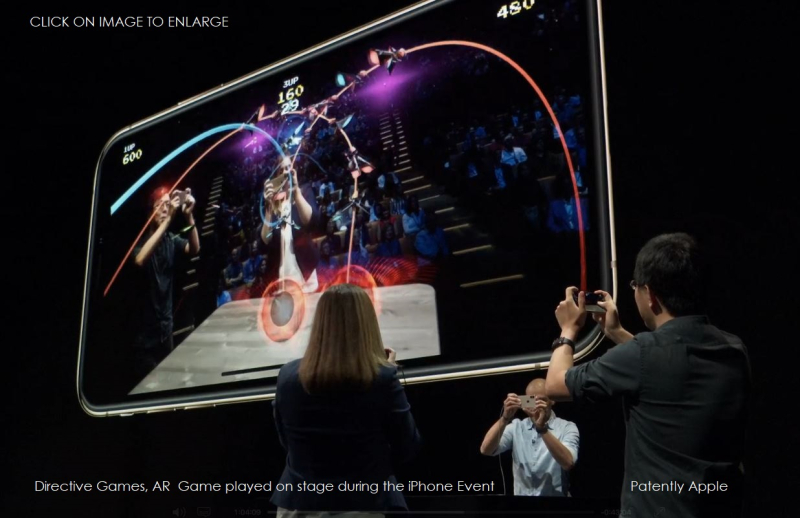 The fact that Apple is leading the way in AR without a VR/AR headset speaks volumes. Microsoft, Facebook and other headset makers have yet to convince consumers to buy into their devices.

With Apple building a huge audience for AR at the iDevice level, we can only imagine how their mixed reality hardware will do when they finally arrive.

While Silicon Valley was rushing to push VR content and cheap screenless devices, Apple focused on AR content on iDevices and IDC has admitted that it's having more success and market impact than their competitors products combined.