Do the new iPhones have a Secret built-in 'Beauty Mode" that Artificially Smooths out Selfies? 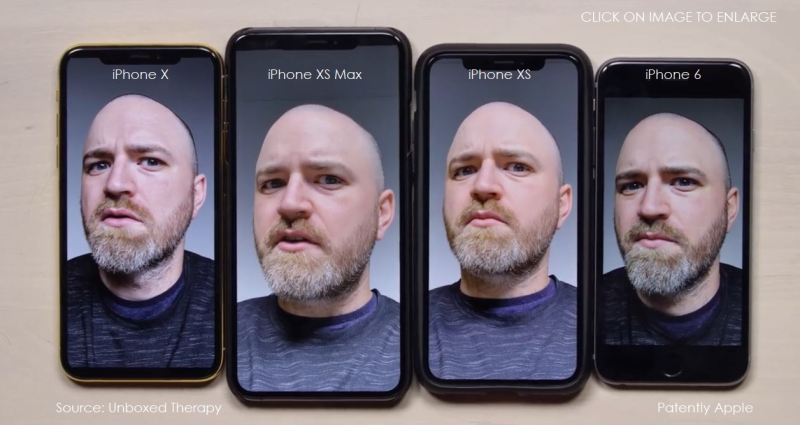 Mr. Bendgate himself Lewis Hilsenteger of Unboxed Therapy decided to switch to using the iPhone XS Max this week so that he could test it out. Rather quickly he's found something to pick on and it's an odd ball matter to be sure, but one that is mildly educational and definitely entertaining to see unfold.

Do the new iPhones actually provide their selfie camera with what's known in the industry as a "beauty mode?" A mode that purposely smooths out and lightens your skin and even clothing in a selfie so as to make you look lighter and brighter, and thus better.

Our cover story image shows the difference in camera shots taken with 4 different iPhones. While Apple may brush this off and say it's just the great new AI being used in the camera by the Neural Engine blah, blah, blah, Hilsenteger has a point.

If the camera has such a hidden feature, then give users the ability to turn it off. Yet in a catch 22 scenario, Apple is unlikely to ever admit to the claims that are being made online. It would snowball into a new round of class actions. So the issue would have to be massive for Apple to officially respond to these claims.

This oddball story actually began on a Reddit thread, says Hilsenteger. This Google search result shows that there are many Reddit threads on this story now.

There's no doubt that Hilsenteger is a bit of an Apple Sh*t disturber, but if you don't take it or him too seriously, then the segment could be worth at least a chuckle at the effort he goes through to stir things up.

If you have one of the new iPhone models and a handy older model like an iPhone 6 hanging around the house, test out the claims yourself. Is it a real issue? Is it a secret feature Apple should be honest enough to admit to and allow users to shut it off? Or is just a mind bender claim?

Reviewers have said that the one big advantage of the new iPhones is the camera. So is Hilsenteger being honest here or is this a paid-for hit focused on the new iPhone cameras from a competitor?

If I go by the reaction seen online, it would seem that Hilsenteger may have tapped into something here.