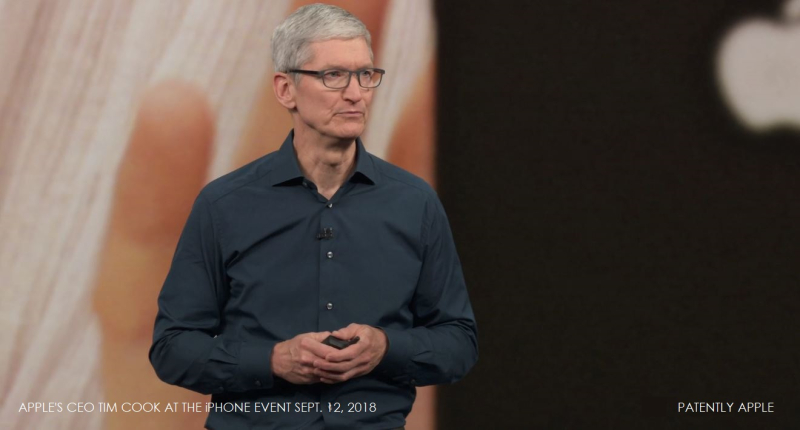 Apple introduced their most powerful iPhones to date yesterday branded iPhone Xs and iPhone Xs Max. Apple also did something new this year by adding a third iPhone model branded the iPhone XR which delivers the same powerful A12 Bionic processor at a lower entry price point to lure in more customers like students, those in emerging markets like China and the budget conscience. While Apple's older iPhones now offer even lower prices, Apple's iPhone XR offers the new iPhone look and feel with a full screen, no home button and a better camera.

Apple's CEO Tim Cook told the Nikkei Asian Review yesterday after the keynote that Apple "wants to serve everyone. We understand that there is a wide range of what customers are looking for and a wide range of prices that people will pay."

Apple announced price cuts for older models yesterday, including the iPhone 7 and iPhone 8, with the cost of the former now starting at $449 -- more in line with the midrange models of Apple's competitors.

As for their notable high-end target market, Apple's CEO added that "We always thought ... that if you provide a lot of innovation and a lot of value, there is a segment of people who are willing to pay for it. For us, it's a large enough group of people that we can make a reasonable business out of it." For more on this, read the full Nikkei Asian Review report here.

While Apple had a whiny tone last week about U.S. tariffs potentially dinging their bottom line, Cook tried to dial it back a bit in the interview with the Nikkei in order to stay positive after the iPhone event.

While Cook declined to clarify how the company plans to mitigate the tariff issue, he simply stated that he was "an optimist." For Apple's international market, Cook wants Apple to be seen as a posItive U.S. company. At home, Apple loves to play up their politics to appease their left wing base in California.