The topic of future folding smartphones has been a popular one all year long with Samsung leading the way with patents and rumors. While Samsung's Q2 profits fell sharply, Samsung's mobile chief used that opportunity with the press to ramp up excitement over getting closer to having the world's first dual display smartphone. In August their display division announced that they'll be supplying Xiaomi and Oppo smartphone makers with future foldable displays and Huawei is rumored to be preparing for a surprise launch of their first folding phone in Q4.

Apple won their first patent for a folding phone back in July and two months later the U.S. Patent Office has granted them their second folding phone patent which places a lot of emphasis on a unique lubricant system that ensures that the folding area of the smartphone's display won't crack over time. Our patent report focuses on that single patent.

Apple was also granted a series of design patents today with one covering the iPhone 4s that lists Steve Jobs as one of the inventors. And as always, we wrap up this week's main granted patent report with our traditional listing of the remaining granted patents that were issued to Apple today.

Apple's newly granted patent covers their invention relating to a device and display that bends about a bend axis. The display may have flexible layers to accommodate bending. 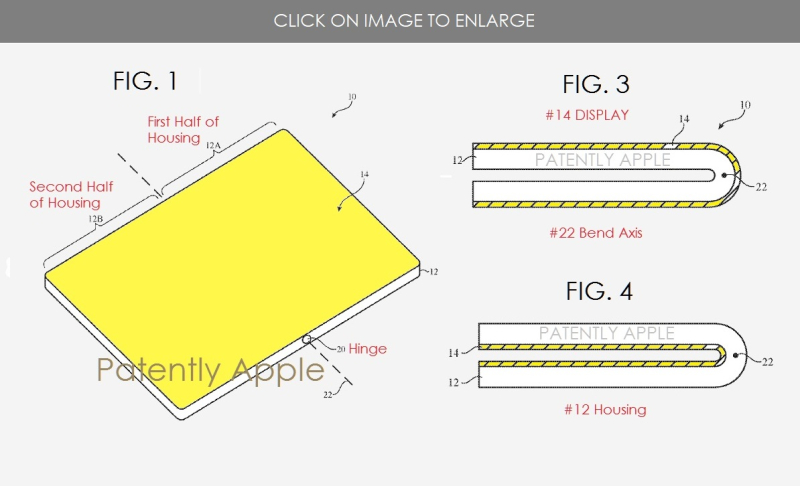 Apple's second granted starts off with a more detailed description of the foldable phone this way:

After Apple's new bendable iPhone foundation is set, the big change in this second patent is the focus on a "lubricant' that protects the foldable area of the display. Apple first focused on this in an invention that Patently Apple covered in a March 2017 report titled "Apple Invents an Advanced Lubrication System to Ensure Future Foldable iPhone Displays Don't get Damaged."

Patent Claim 2: The electronic device defined in claim 1 wherein the layer that allows the display layers to slip past each other comprises lubricant.

Patent Claim 6: The electronic device defined in claim 5 wherein the lubricant retention structure is formed from an elastomeric material and is configured to form a reservoir for at least some of the liquid lubricant.

Patent Claim 7: The electronic device defined in claim 3 further comprising an anchor structure that overlaps the bend axis and spans the liquid lubricant to hold the display layers together.

Apple was granted 3 key design patents today. The first covers the iPhone 4s with Steven P. Jobs posthumously listed on the list of inventors. The second is for the Apple TV remote with the button arrangement differing from the actual product. The last design patent covers a Retail drawer case for Apple Watch. 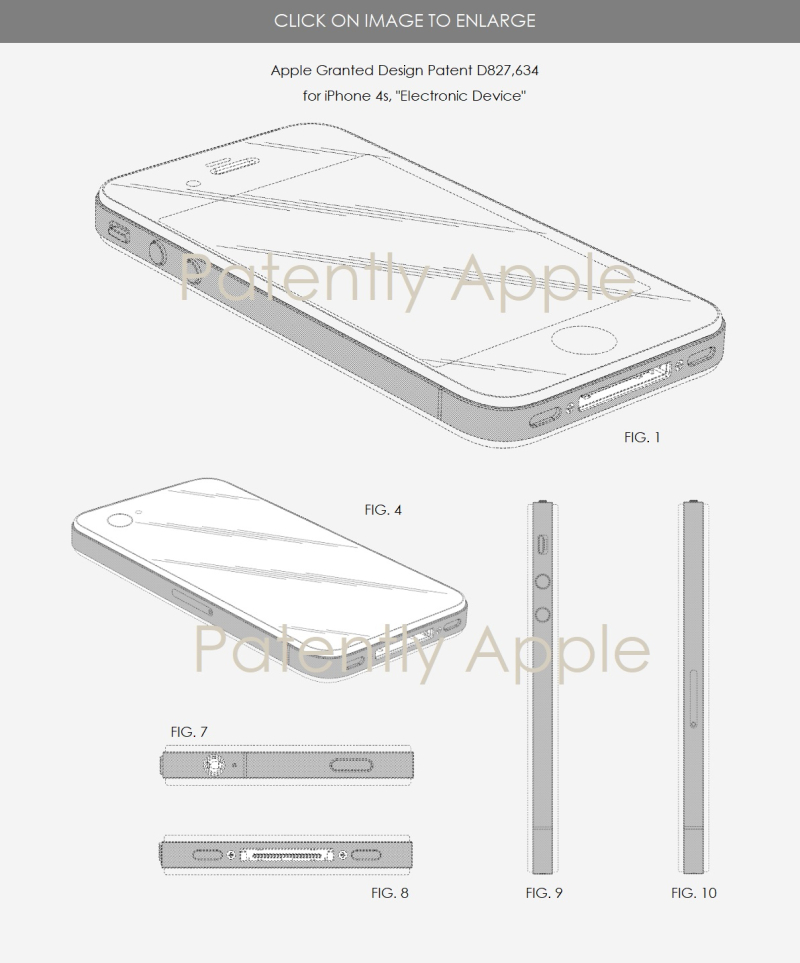 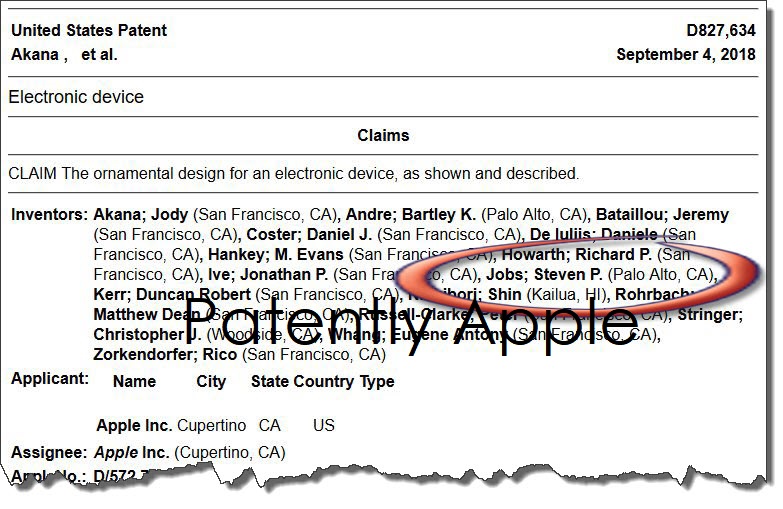 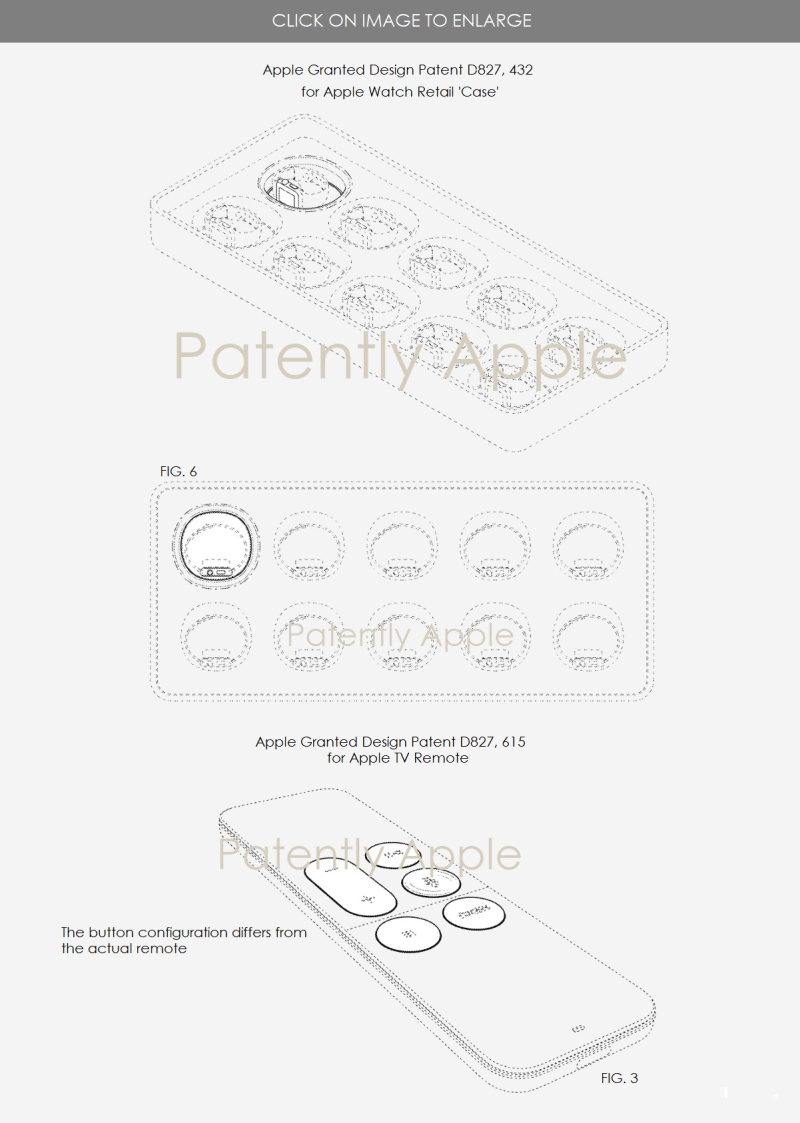