The U.S. Patent and Trademark Office officially published a series of 28 newly granted patents for Apple Inc. today. In this particular report we cover Apple's 3D Touch Display Table that was presented in two Apple Stores. One of the stores was Apple's iconic glass cube store on 5th Avenue. Viewing the video below shot from this store is the best way to understand this table that Apple has won a patent for today. 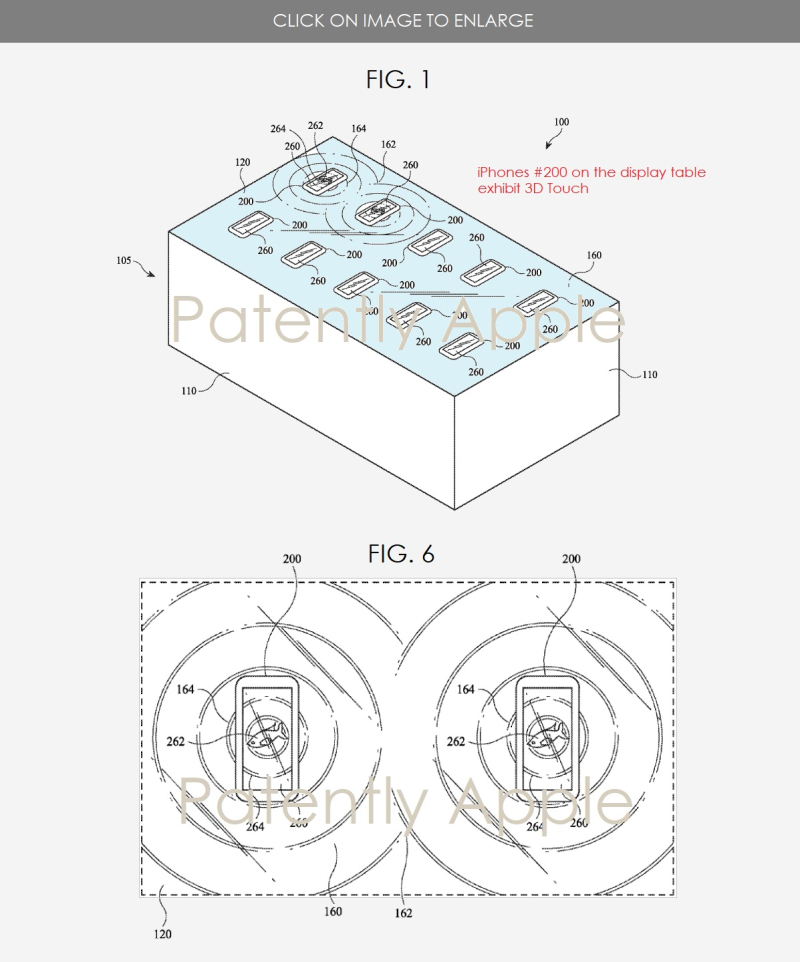 Apple's granted patent 10,078,387 was originally filed in Q2 2016 and published today by the US Patent and Trademark Office.

The inventors on the patent that we were able to find information on include the follow: