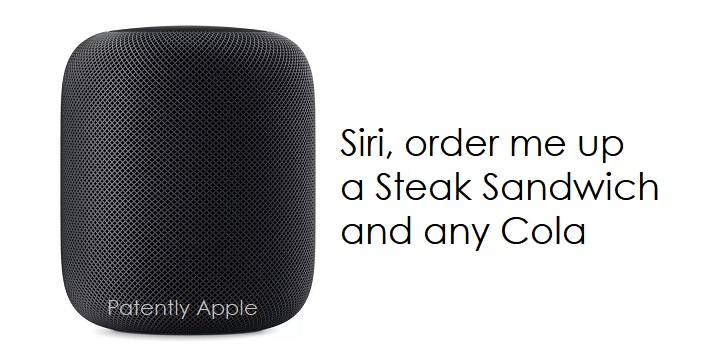 Earlier this morning Patently Apple posted a report titled "Apple & Salesforce Announce new Global Business Partnership. We're now learning that Apple and Salesforce are uniquely working together on a major project involving HomePods in hotel rooms to assist guests with quickly ordering up food and other services. This will mark a huge win for Apple's HomePod and its potential in the hospitality business.

The Siri Connection: The Apple-Salesforce partnership means that a salesperson will be able to use Siri after a customer meeting to update that customer's record with notes from the meeting, flag a customer service issue for a support team to follow-up on and many other data-entry tasks that can eat up valuable time.

Apple CEO Tim Cook told Reuters in an interview: "If you look at enterprise in general, voice has not been used as much as in consumer. We're going to be able to provide the sales rep instant access to things using your voice instead of clicks and going through different apps. We're changing the way people work, and that's always been at the heart of what Apple is about - changing things for the better."

Reuters further noted that "In exchange, Salesforce is building tools so companies that tap into its back-end systems can make better use of Apple-specific features like Siri.

More importantly, Salesforce CEO Marc Benioff told Reuters in an interview that "At Salesforce's annual customer conference this week, Marriott International will demonstrate a new system that uses Salesforce and Apple tools so that hotel guests can turn up the heat, order a sandwich or hail a ride using Siri with an Apple HomePod in their hotel room. And at the next Marriott the guest stays at, Siri will remember the guest's preferences - even their favorite sandwich.

So what does CNBC's Jim Cramer think of the Apple-Salesforce partnership announced today?