Home Archives Contact Us Subscribe Twitter MeWe Facebook Patently Mobile
SiriusXM Set to Acquire Pandora for $3.5 Billion to boost active user base to Over 100 Million in the U.S.
Apple & Salesforce are working Marriott International to bring HomePods to Hotel Rooms to Assist Guests with Services 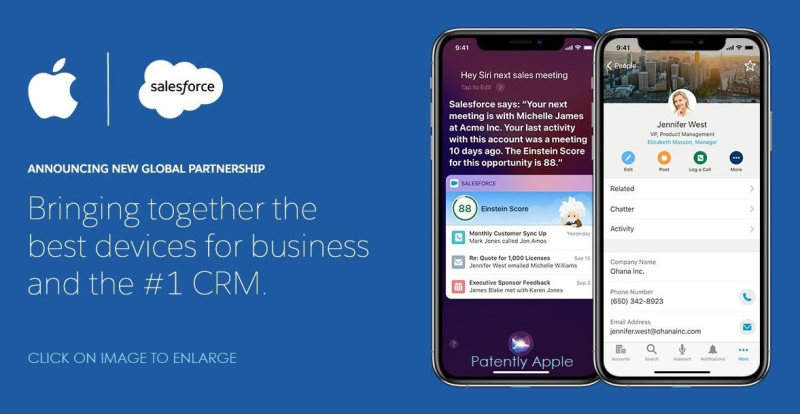 Earlier this month Patently Apple posted a report titled "While Windows Continues to Lead in Business on the Desktop, it's Apple's iOS that dominates in the Handheld Category," in the enterprise space. Since 2014 Apple has been building strong business partnerships with IBM, SAP, Deloitte, Accenture, GE, HP and others. Today, yet another major business partnership was announced between Apple and Salesforce. 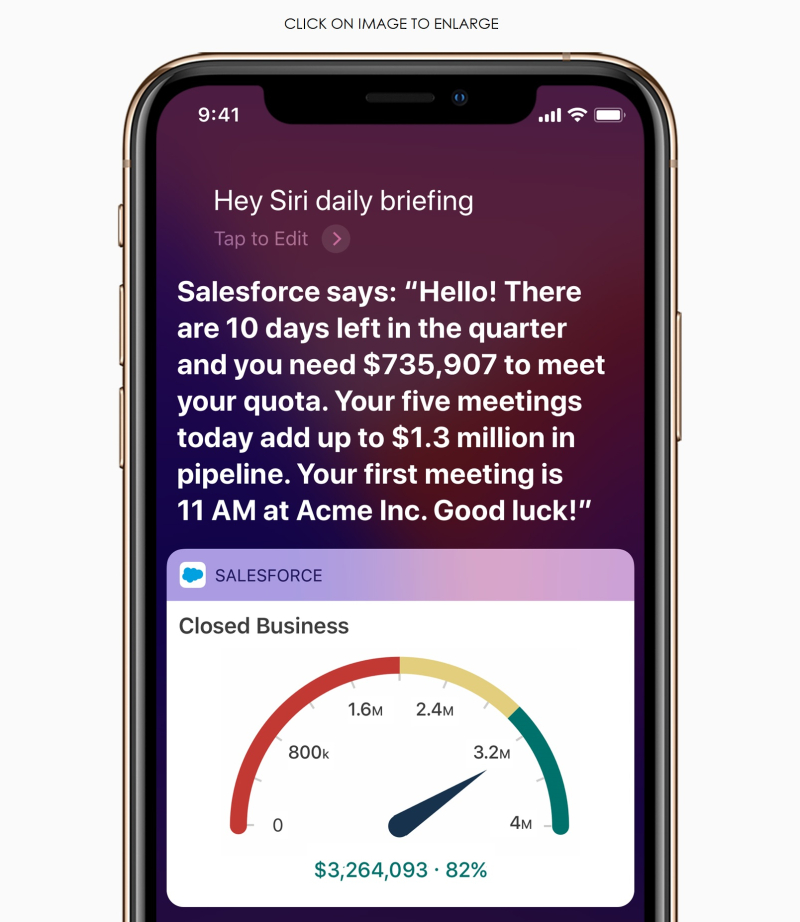 Salesforce Press Release: "Working with Apple, Salesforce is redesigning its app to embrace the native mobile platform with exclusive new features on iOS. The companies will also provide tools and resources for millions of Salesforce developers to build their own native apps with a new Salesforce Mobile SDK for iOS, and a new iOS App Development course on Trailhead, Salesforce's free, web-based learning platform.

Tim Cook, Apple's CEO: "We're excited to work with Salesforce and that their industry-leading CRM will embrace native iOS and deliver exclusive new features on iPhone and iPad. With the powerful combination of iPhone, iPad and iOS — the best hardware and software for business — together with native Salesforce apps and the new Salesforce SDK, we can deliver great customer experiences for businesses around the world."

Marc Benioff, Chairman and co-CEO, Salesforce: "With this partnership, we're bringing together the world's #1 CRM platform with iPhone and iPad, the world's best devices for business. Together, Salesforce and Apple are defining a new era of mobile innovation with native apps on iOS, and empowering millions of people with access to Trailhead and the skills they need for the jobs of the future." 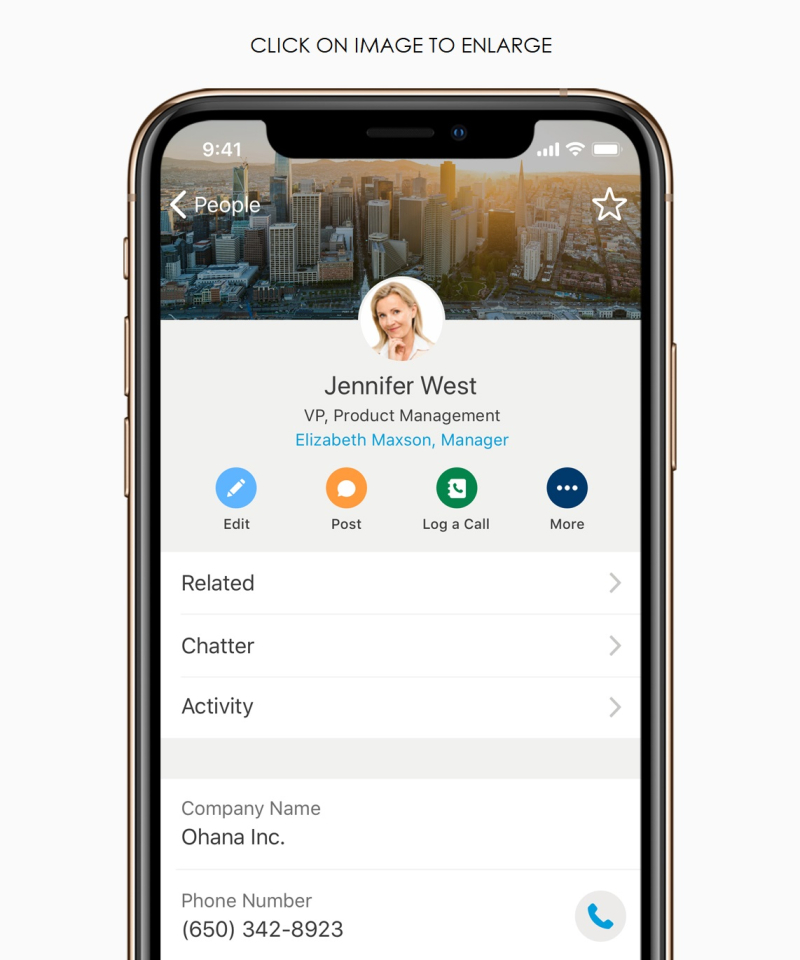 The initial focus of this Strategic Partnership

Native Salesforce iOS apps for business: Salesforce, working with Apple, will redesign the Salesforce Mobile App to give customers rich experiences exclusively on iOS, with unique Apple capabilities such as Siri Shortcuts, Face ID, Business Chat and more. Salesforce will also introduce its first-ever Trailhead Mobile App first on iOS. The partners will also deliver powerful iOS apps for industries and small business that will serve their specific customer needs.

Empowering Salesforce developers on iOS: Apple and Salesforce are developing the first Salesforce Mobile SDK that is optimized for Swift, Apple's powerful and intuitive modern programming language. The native SDK will enable businesses and developers to build and deploy apps for iPhone and iPad on the Salesforce Lightning Platform, adding to the hundreds of thousands of iOS apps for business in the App Store today.

Accelerating developer learning and career growth: Apple and Salesforce believe strongly in the democratization of technology and empowering developers—with any education level or background—to learn skills for the jobs of today and tomorrow. To support developer learning and career growth, Apple is launching a new Get Started with iOS App Development Trail that will teach anyone how to build native iOS apps in Xcode with Swift.

Attendees of Dreamforce 2018 can get an early look at the new Apple and Salesforce offerings in the Salesforce Campground (Moscone South Halls ABC) or the Trailhead Area (Moscone West Level 1). 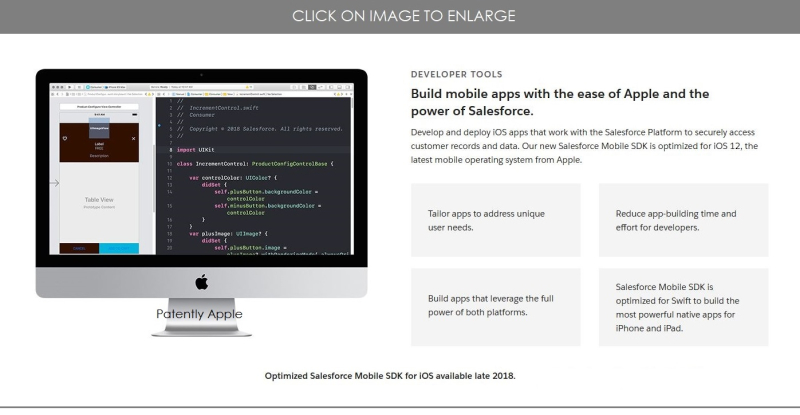