The U.S. Patent and Trademark Office officially published a series of 49 newly granted patents for Apple Inc. today. In this particular report we briefly cover two of them. The first covers Apple's granted patent relating to their wildly popular AirPods and case. The second covers a possible future Apple TV user interface that will offer "universal" elements wherein a user will be able to search for a Movie or TV show and get results back from Apple TV services or those from Hulu, Netflix, Amazon or others so that users could choose availability and pricing options. 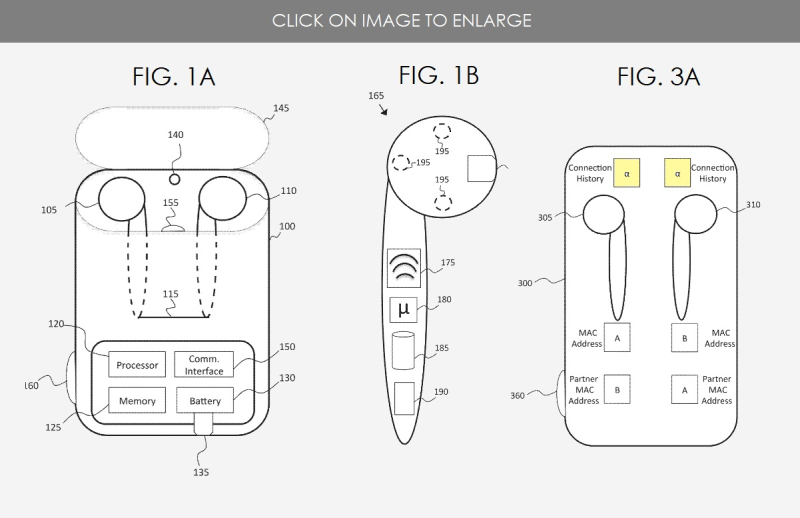 Apple's granted patent 10,070,212 was originally filed in Q3 2016 and published today by the US Patent and Trademark Office. You could review apple's invention here.

While today's Apple TV UI presents us with categories such as "Purchased, Top Movies, Wish List, Genres, Recommended and Search, it doesn't provide with universal avenues. Apple's proposed UI in this invention would allow a future Apple TV user to enter a search for a TV show, for instance, and the results could go beyond Apple TV and show you that a particular show is on HBO for $1.99 and free on Netflix. It saves the user the time of going into Netflix, Hulu and other services individually to compare availability and prices. This isn't available on iTunes today. 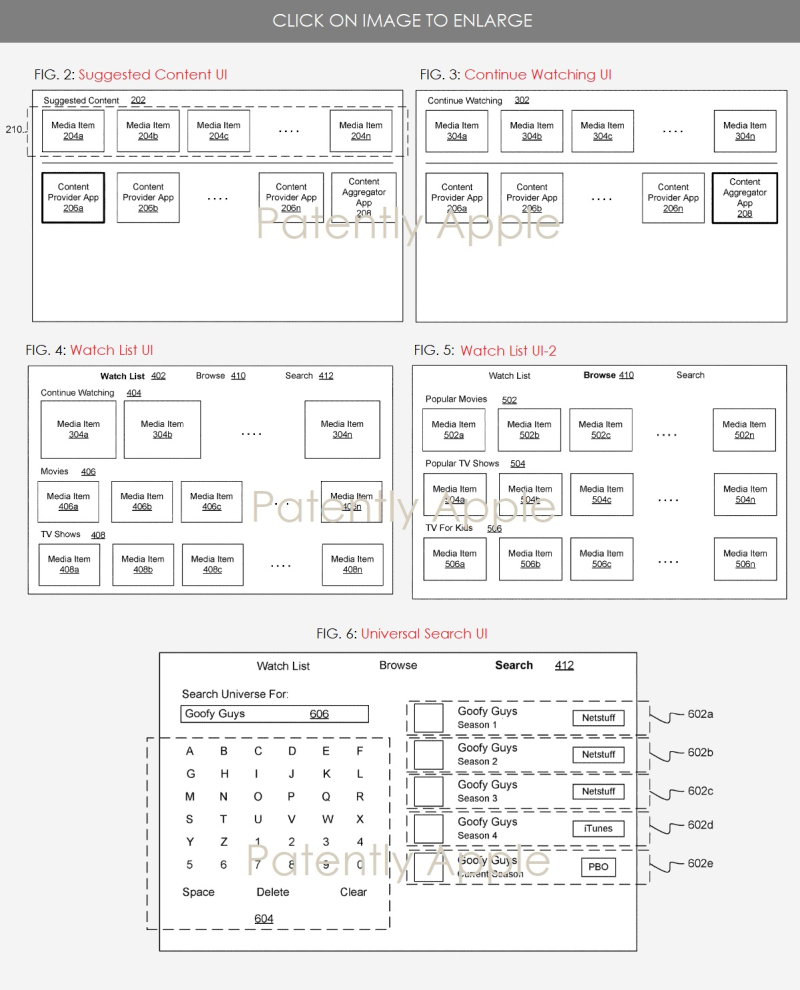 One of the inventors listed on the patent is Lucas Newman who at the time of the patent was the Engineering Manager, Video Products, Apple TV who claims he was "part of a very small team that developed the proof-of-concept and initial implementation of the operating system that became tvOS." He further noted that "During that time, I worked on interaction and user interface prototypes."