On Thursday the US Patent & Trademark Office published two patent applications from Apple relating to larger Apple Watch interfaces that appear smoother on curved edges and an anti-burn-in solution for OLED displays.

According to Apple, "hardware-based antialiasing techniques may be used to smooth the appearance of images along the curved edges of display 14 in FIG. 3 below. 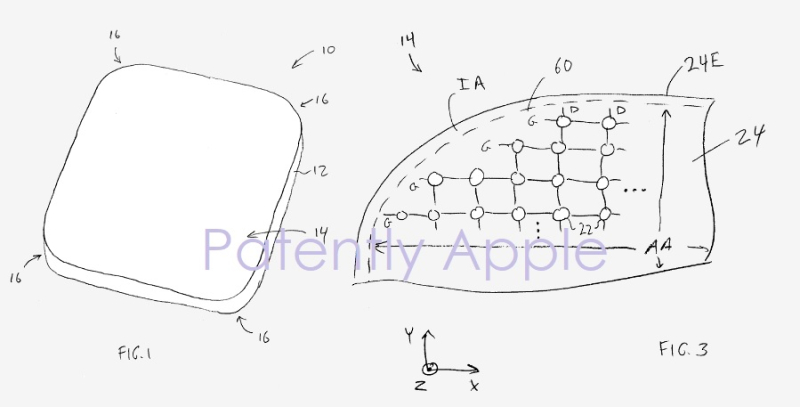 Apple's patent application may, in the end, be coming to market in Apple Watch Series 4 if 9to5Mac's posted photo on Thursday actually launches in September. 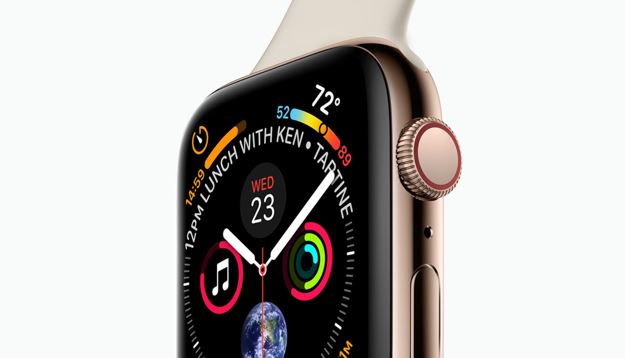 Hall had noted that "The biggest change is the all-new edge-to-edge display. Apple has been rumored to be working on ~15% bigger displays for both sizes of Apple Watch." Hall added that it appears that "Apple has achieved this by dramatically reducing the bezel size around the watch display."

Like all patents, Apple doesn't restrict their invention to the Apple Watch, which is shown to be the preferred device in this invention. Apple notes that it could apply to any iDevice, a device embedded in eyeglasses, a head mounted display, a display in a vehicle and more.

Apple's patent application 20180246363 titled "Pixel Array Antialiasing to Accommodate Curved Display Edges," was filed back in Q2 2018. Parts of this invention dates back to at least 2016.

It should also be noted that Apple was granted a patent in April 2018 covering both round and curved display advancements for a future Apple Watch interface.

Apple notes in their patent filing that new compression challenges are arising as computing device capabilities are improved through hardware and software advancements. For example, organic light-emitting diode (OLED) displays--which are becoming a popular choice for computing device displays--can degrade in a non-uniform manner over their lifespans and lead to unwanted color/brightness artifacts.

To address this concern, burn-in statistics--which record historical usage information associated with a given OLED display--can be used to artificially adjust the operation of the OLED display to substantially restore visual uniformity throughout its operation.

It is also desirable to store the burn-in statistics in a more efficient manner.

Apple's invention covers techniques for compressing high-resolution, multiple-channel images that store burn-in statistics for display devices. In particular, the techniques involve pre-processing the images (i.e., prior to compression) in a manner that can enhance resulting compression ratios when the images are compressed using lossless compressors.

In particular, a first operation involves applying an invertible transformation to the at least two sub-pixel values for the modified pixel to produce an equal number of transformed sub-pixel values.

A fourth operation involves serially storing the corresponding bytes as a data stream into a buffer.

Finally, a fifth operation involves compressing the data stream in the buffer, where the outputs of the compressed data streams for each of the modified pixels are continuously joined together to produce a compressed image. 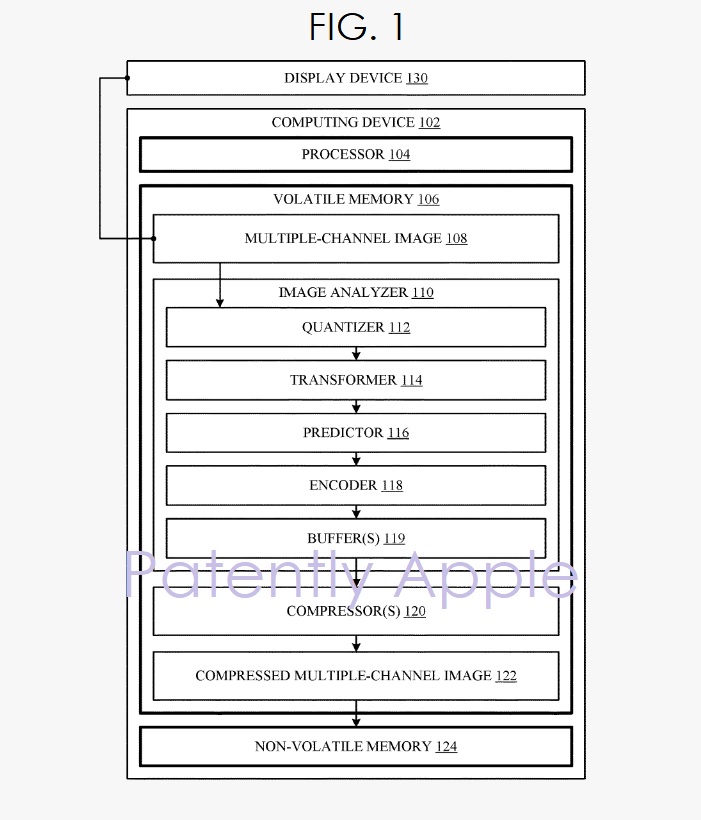 Apple's patent FIG. 1 illustrates an overview / flowchart of a computing device that can be configured to perform various techniques as it relates to the current invention to safeguard against OLED display burn-in.

Apple makes reference in their filing that their invention relates to OLED displays for iPhones, iPads and Apple Watch.

Apple's patent application 20180247589 was filed in August 2017 and published this week by the U.S. Patent and Trademark Office.