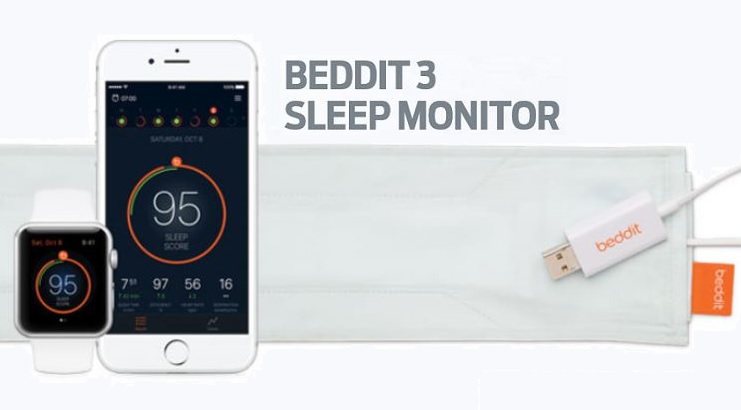 Last year Apple acquired Beddit, the developer behind a sleep tracking app and heart strip accessory that lays across a bed. The user simply positions the sleep monitor strip across their bed in a position where the user's heart would be closest. While the Sleep Tracker is still available at both the Apple and Google app stores, their cloud service is being shut down in November as their announcement below confirms.

On November 15 the sleep tracking data stored on your Apple Watch and/or iPhone will likely be made available in your iCloud account for safe keeping should you have such an account. 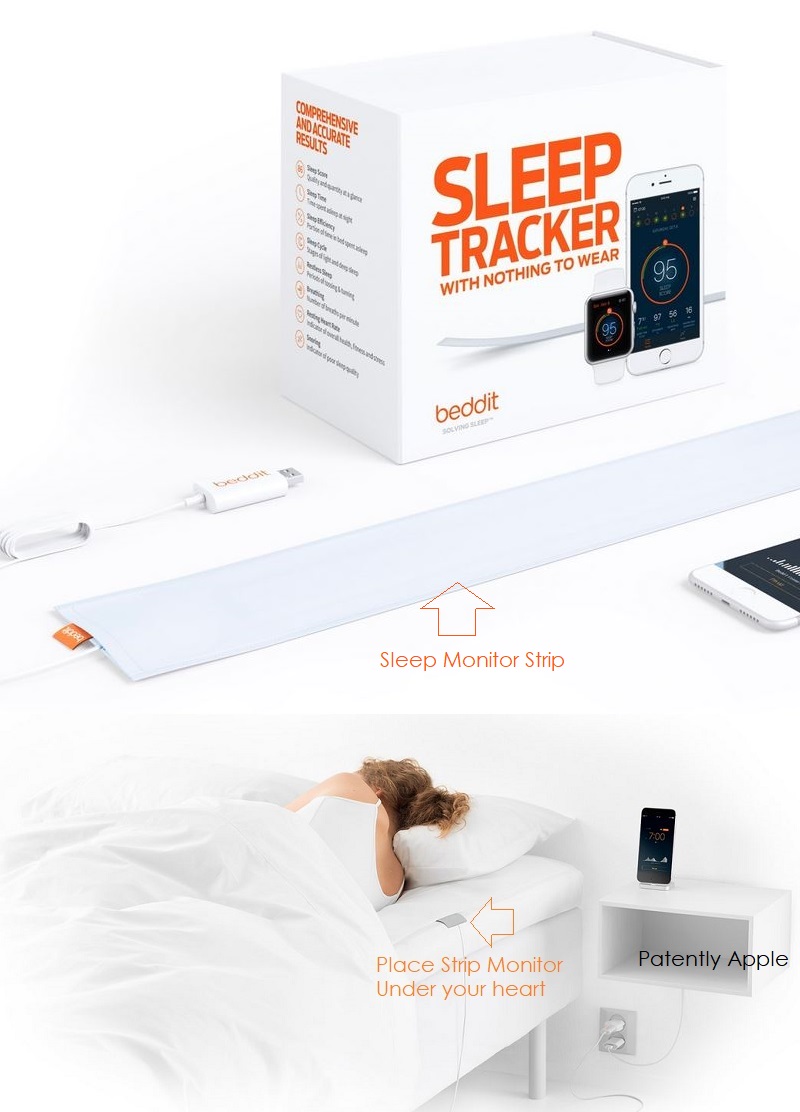 More importantly, this announcement could be an indicator that Apple may have a new plan for the Sleep Tracker system in the future under the Apple brand.

Like so many products that Apple is working on, Samsung begins to mirror them and/or expand on them and a sleeping tracking system is no different.

A month ago a Samsung patent application was published by the U.S. Patent and Trademark Office. Samsung envisions various sleep tracking device models that will do the same things that Apple's Sleep Tracker does but will deliver advanced supporting devices that are wireless.

In one mode, Samsung may provide a future smart speaker variant that could integrate a sleep monitoring app and unique hardware that is noted in the patent figures below. 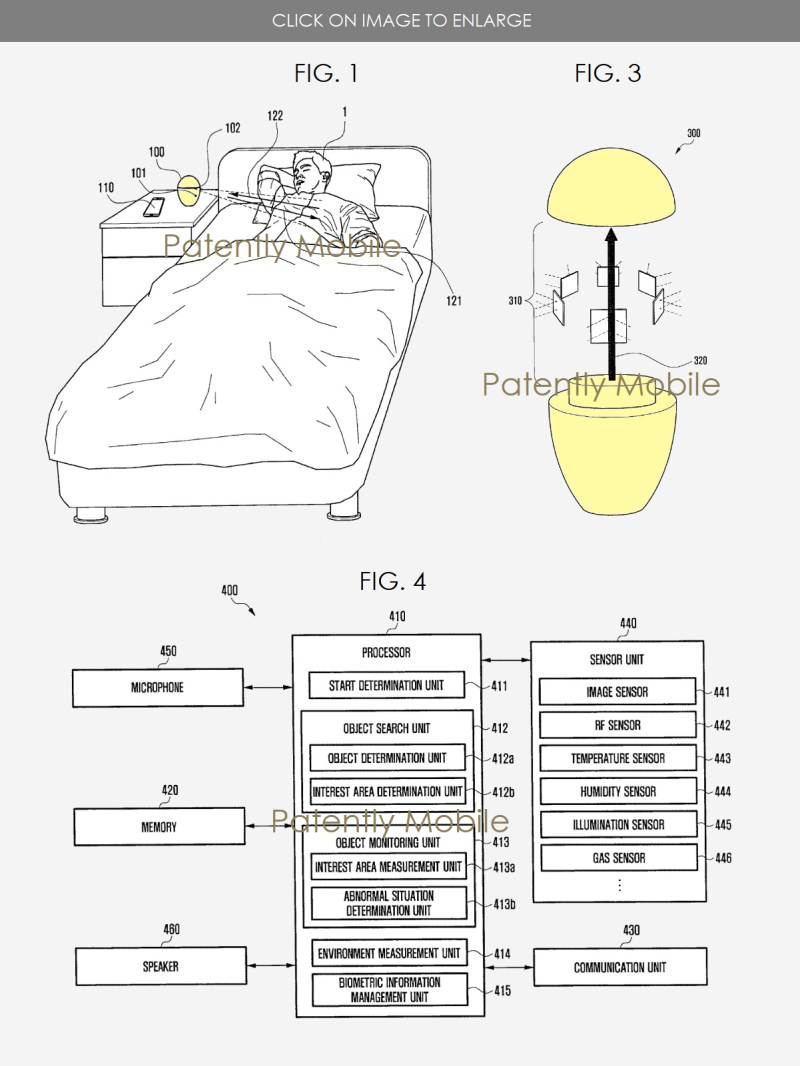 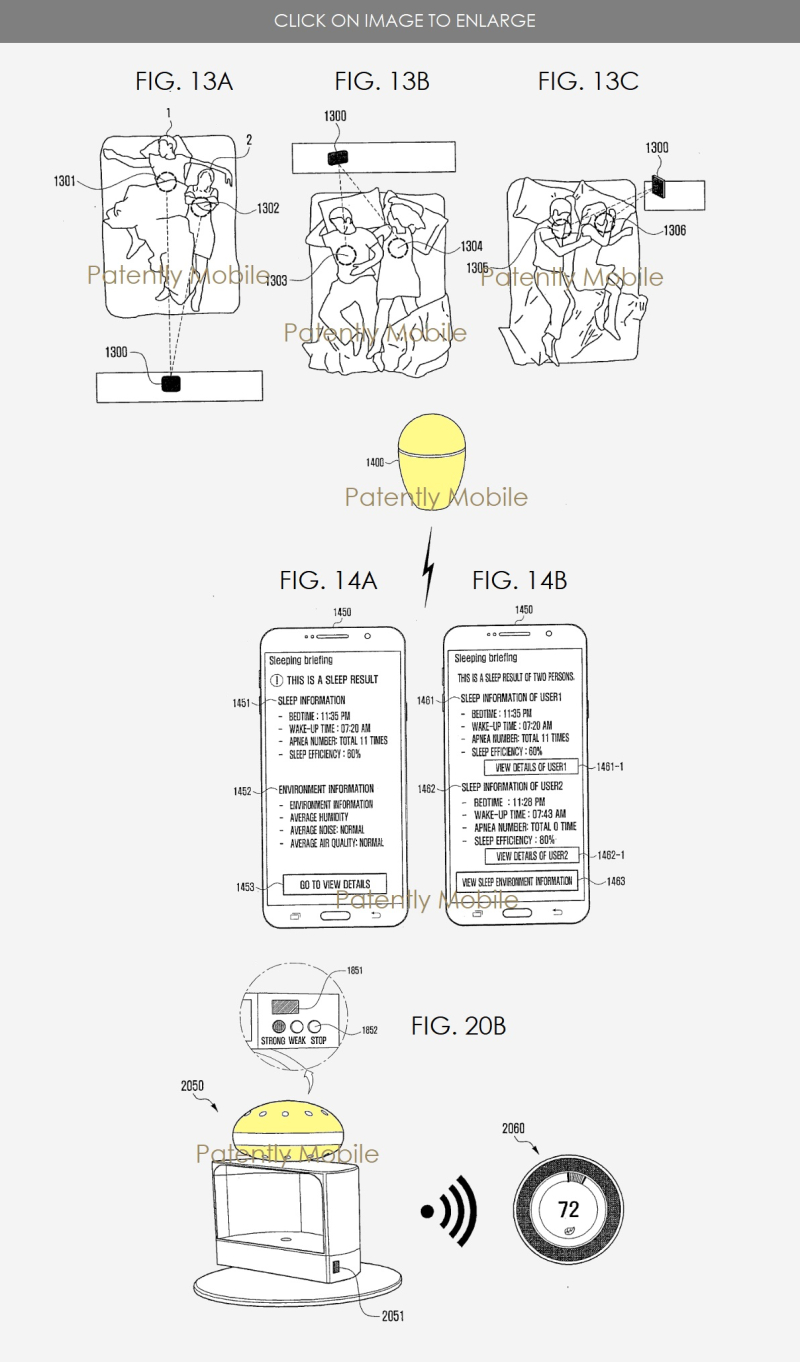 Who knew that Apple and Samsung would be preparing to battle it out for sleep monitoring apps and accessories in the future? It now appears to be on both of their respective product roadmaps.

With Apple's new Apple Watch Series 4 winning FCC approval to integrate an ECG, it appears that Apple has the lead in research and development in developing advanced health applications for consumers. They work with leading health organizations, universities and hospitals

Samsung on the other hand delivers some amazing body scanners in hospitals around the world, so while reaching into the consumer space may be new for them, they've been a major player in medical devices for years. So the race is on between Apple and Samsung to be sure in the sleep tracking system space. 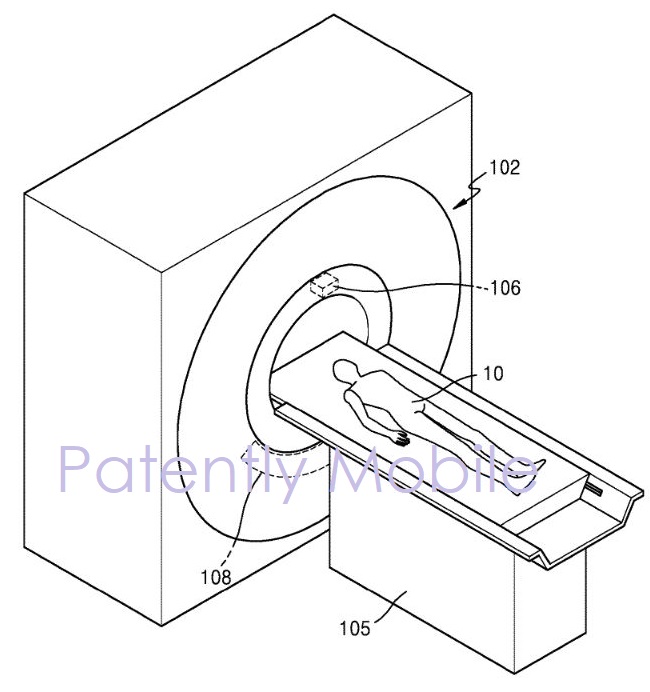 At the end of the day, while sleeping tracking apps will likely never be an exciting mainstream app, Apple, if any company, may be able to bring new dimensions to the consumer space in general with wearable device advancements.

In the big picture, who knew back in 2007 that the iPhone would lead the charge in destroying the camera industry a decade later? I'm sure no one.

So while the medical device industry is dismissing Apple today as a potential player in the medical wearables market by excluding them in a recent forecast to 2027, something tells me that if Apple continues their race to deliver more medical devices that address diabetes, a mobile blood pressure monitor and more, they may end up turning that industry on its head as well. Stay tuned.