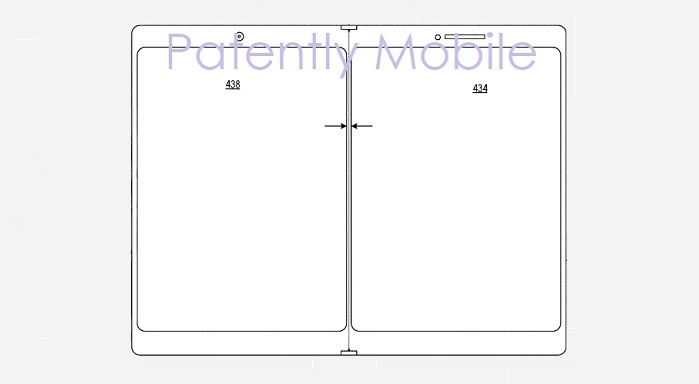 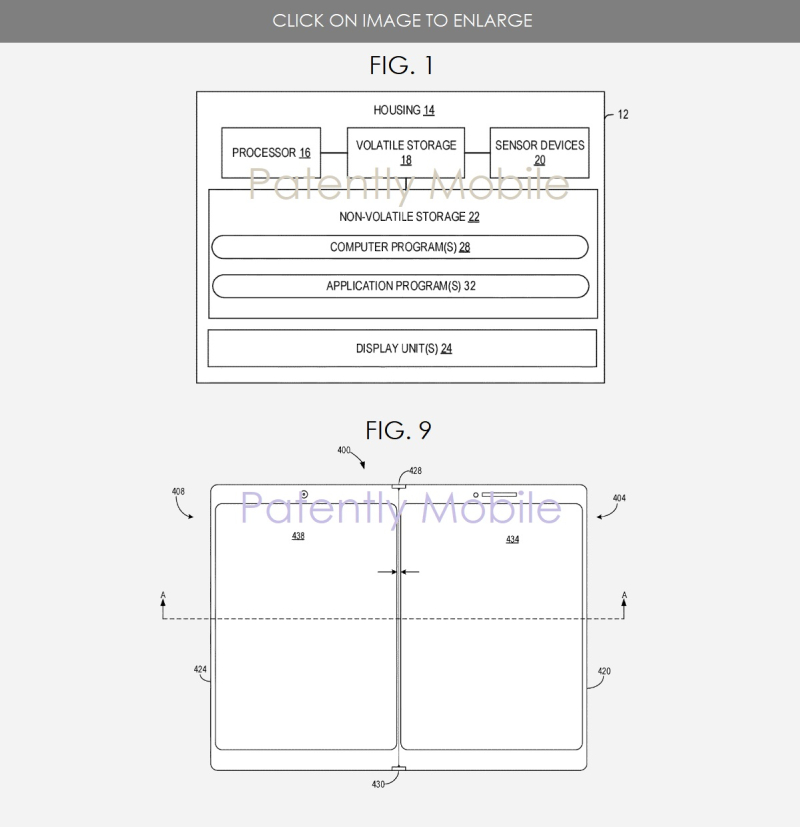 Microsoft's patent FIG. 9 above may be utilized in two separate displays that are rotatably coupled to form another example of a dual-display device #400.

The input subsystem of the dual display smartphone may comprise or interface with one or more user-input devices. In some embodiments, the input subsystem may comprise or interface with selected natural user input (NUI) componentry. Such componentry may be integrated or peripheral, and the transduction and/or processing of input actions may be handled on- or off-board. Example NUI componentry may include a microphone for speech and/or voice recognition; an infrared, color, stereoscopic, and/or depth camera for machine vision and/or gesture recognition; a head tracker, eye tracker, accelerometer, inertial measurement unit, and/or gyroscope for motion detection, gaze detection, and/or intent recognition, electric-field sensing componentry for assessing brain activity, any of the sensors.

The second patent was granted to Microsoft on August 28th about a hinge device with a living hinge.

Microsoft's patent FIG. 1 below is a perspective view of a multi-part electronic shown in an open position and in several of its other possible positions. 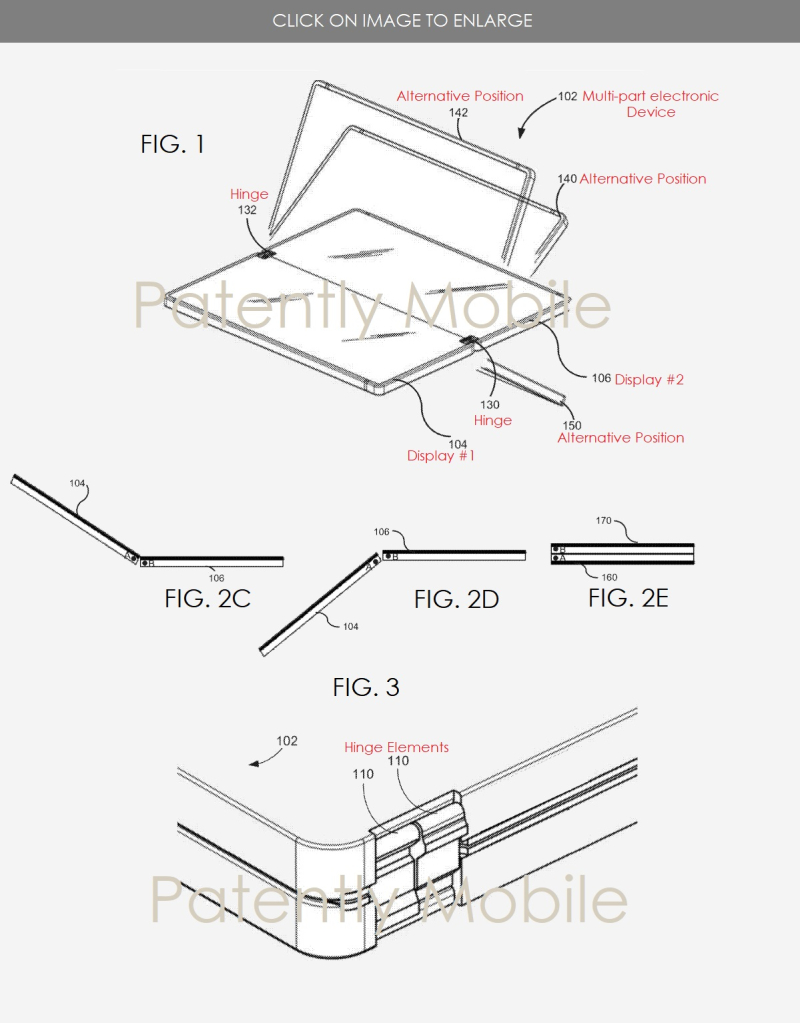 The input devices can include a Natural User Interface (NUI). An NUI is any interface technology that enables a user to interact with a device in a "natural" manner, free from artificial constraints imposed by input devices such as mice, keyboards, remote controls, and the like. Examples of NUI methods include those relying on speech recognition, touch and stylus recognition, gesture recognition both on screen and adjacent to the screen, air gestures, head and eye tracking, voice and speech, vision, touch, gestures, and machine intelligence.

Further, the device can comprise input devices and software that allows for user interaction via a user's spatial gestures, such as detecting and interpreting gestures to provide input to a gaming application.