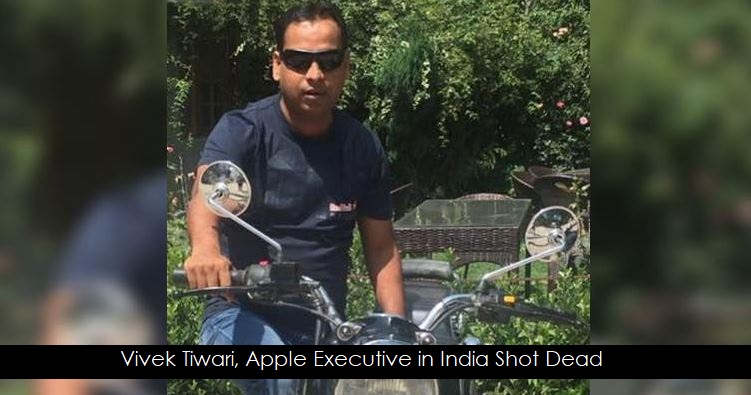 Earlier today an Uttar Pradesh constable was arrested and booked for murdering an Indian Apple sales manager Vivek Tiwari. The constable chased down Tiwari and shot him in the neck during a car chase killing him, a colleague of the deceased reported. The incident happened at around 1.30 a.m., when Tiwari was heading home after the launch of iPhone X plus along with Sana Khan, his colleague. See our report update at the bottom of this report.

According to the police, when the constable at Gomtinagar extension signaled Tiwari to stop for checking, he tried to flee.

Tiwari sped away and hit a bike rode by two constables, who then chased him and shot him. The constable fired in self-defence, an officer said."

The Economic Times / India Times report further noted that "Tiwari's wife Kalpana has accused the police of being 'trigger-happy.' She told reporters that she along with her two daughters Shibi and Sonu were informed of 'an accident' and that her husband had been taken to the Lohia hospital.

'When we reached there we were told Vivek had died due to excessive bleeding,' she told the media, adding the bullet angle was not even revealed to the family. The couple had spoken on the phone minutes before the accident." The photo below from TV India. You could view one of the news videos on this tragedy here (India voice, some English text). 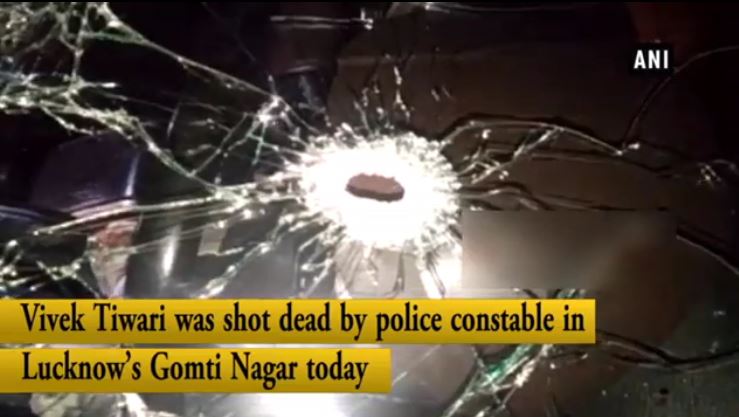 The second video report linked to above further stated that "Uttar Pradesh chief minister Yogi Adityanath on Saturday said that the probe will be handed over to the Central Bureau of Investigation, an agency akin to the FBI.

Update/Side Note 9/30/2018 6 p.m. MST: At this point in time it's difficult to ascertain if Indian news outlets are mixing up "an executive" employed by Apple Inc. California with a local executive of an Authorized Apple Store. Considering that Apple's CEO Tim Cook has yet to mention the incident on his Twitter site 24 hours after the news broke, it's likely a sign that there's conflicting information about what an "Apple Executive" actually is in this case. Did India Times jump the gun and confuse the identity of the slain executive?

On the flip side, Bloomberg notes that Apple India (PVT) is a "subsidiary of Apple Inc." 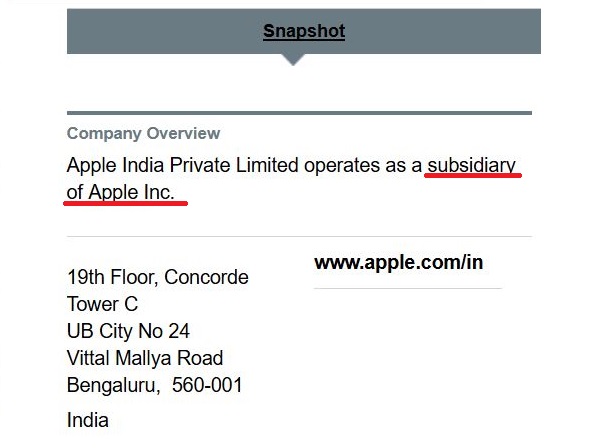