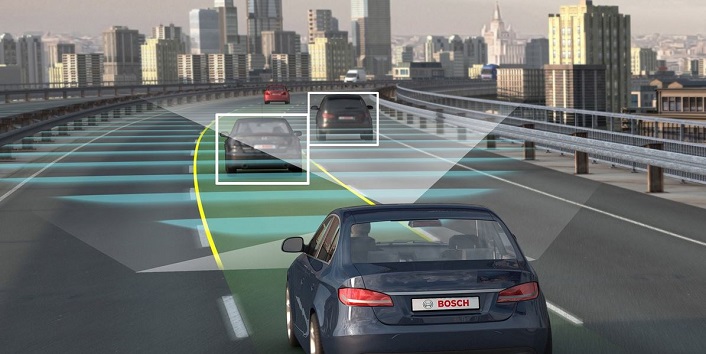 Today the US Patent & Trademark Office published a patent application from Apple that relates to Project Titan. The invention covers an autonomous vehicle navigation system (ANS) that integrates a new "Intention Recognition" module.

In some cases, autonomous navigation includes navigating a vehicle in response to detection of one or more traffic participants in the environment through which the vehicle is being navigated.

Apple's ANS #110 found in FIG. 1 below includes three key modules #111, #112 and #113 which can be implemented by one or more computer systems. ANS autonomously navigates vehicle #100 along one or more driving routes, based at least in part upon sensor data generated by one or more sensor devices #116.

The driving control module #112 can determine a driving route based at least in part upon at least some sensor data generated by one or more sensor devices #116, including position data indicating a geographic position of the vehicle and a world model, stored in one or more memory storage devices included in the vehicle, one or more remotely-located systems external to the vehicle, etc.

The signaling module 113 generates commands to various signal devices 117 which cause the various devices #117 to generate one or more targeted signals which are directed at target dynamic elements in the external environment. Generating commands at module #113 can include selecting particular target dynamic elements, determining a direction, the angle and axis of the signal transmission through the external environment, the information included in the signal, etc. 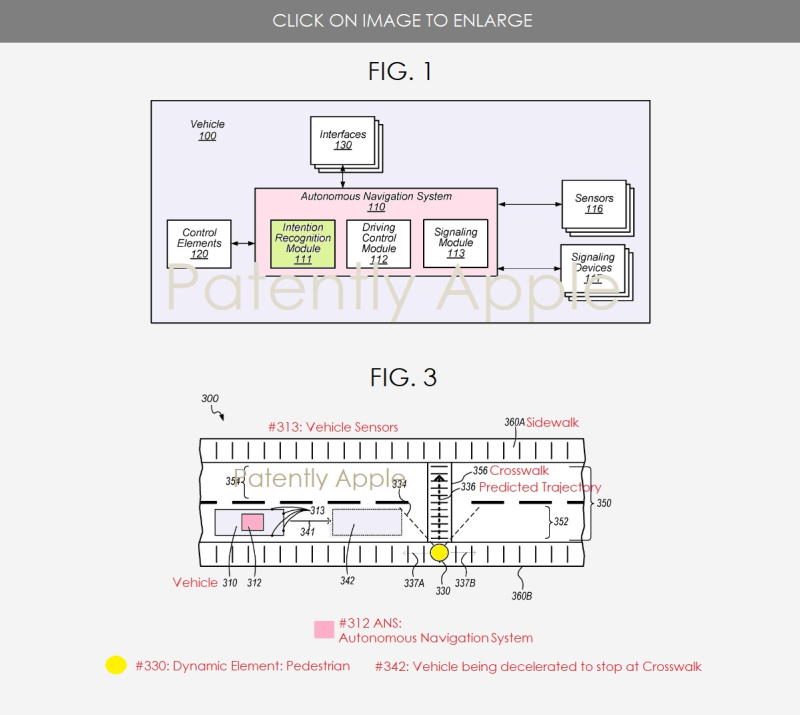 Apple's patent FIG. 1 presented above illustrates a schematic block diagram of a vehicle which comprises an autonomous navigation system (ANS) and all of the components within; FIG. 3 illustrates an overhead view of an environment in which multiple dynamic elements are located, including a vehicle which is autonomously navigated through the environment and includes a set of sensors which can generate sensor data associated with the dynamic elements and an autonomous navigation system which can determine a particular predicted trajectory of a dynamic element based on contextual cues identified in the sensor data, according to some embodiments.

In English, FIG. 3 covers an Autonomous Vehicle Navigational System with sensors being able to recognize a person crossing on a crosswalk and being able to slow the vehicle down at a specific space on the road safely away from the pedestrian.

For engineers and those working on or are interested in Apple's every Project Titan invention, check out the finer details of the invention here. Apple's patent was filed on March 7, 2018 with references dating the invention back to 2015. Considering that this is a patent application, the timing of such a product to market is unknown at this time.

The two inventors listed on the patent are: Ahmad Al-Dahle: Apple Special Projects Group; Bruno Hexsel: Engineer with a background in robotics software engineering. He left Apple in 2016 to work for Uber for a year before moving over to an undisclosed startup in 2017 until the present. 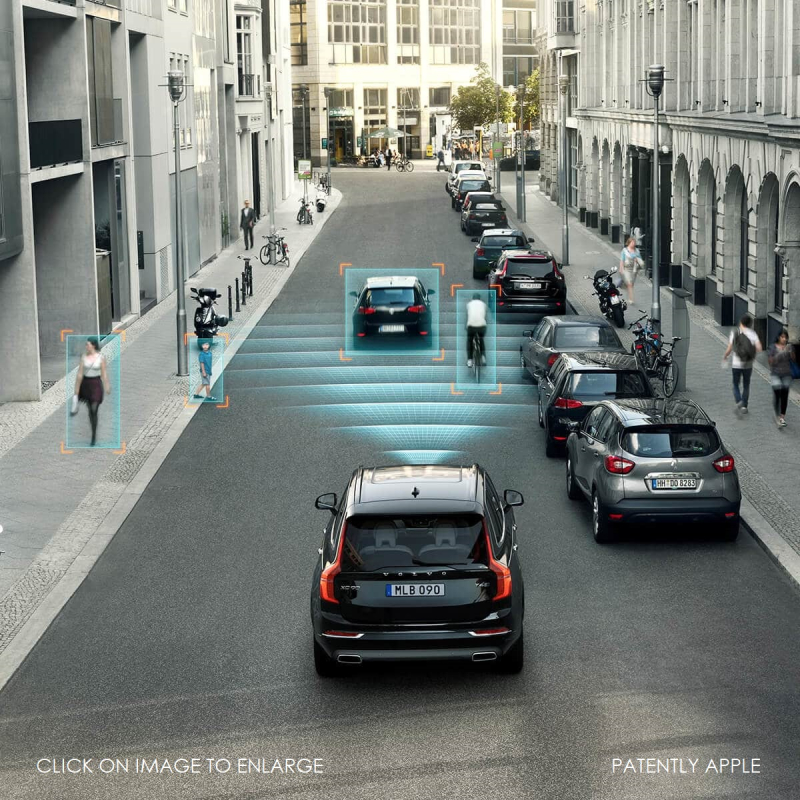 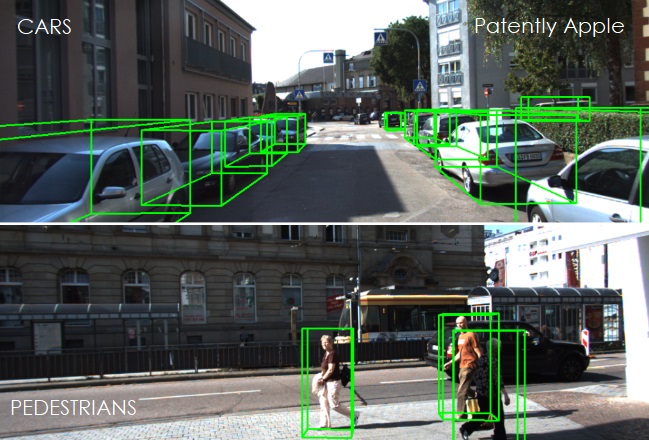 In November 2017 Patently Apple posted a report titled "Apple Research Paper Touts VoxelNet as being Superior to LiDAR Regarding Autonomous Vehicle 3D Detection Methods." The graphic above is from Apple's machine learning team's report linked to in our 2017 report.