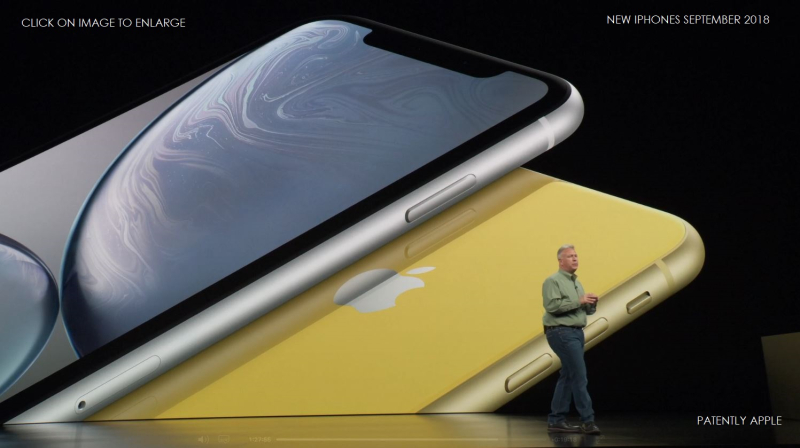 When you visit LikeFolio's website, the first thing that hits you is their message about how they can predict the future accurately by analyzing online chatter, as presented below. The company is now predicting Apple's new iPhone won't do as well as most hoped for.

LikeFolio, a data firm that specializes in tracking social media posts told CNBC that "The reaction to the unveiling of a new generation of iPhones this week was 'lackluster' compared with prior new smartphone announcements, which could bode poorly for Apple's stock."

The tracking of thousands of social media posts pointed to a marked decline in the number of people interested in buying the new technology, according to LikeFolio founder Andy Swan. Their "Purchase Intent" chart, marked in green, shows the new iPhones didn't rate as has as last year's iPhone X. 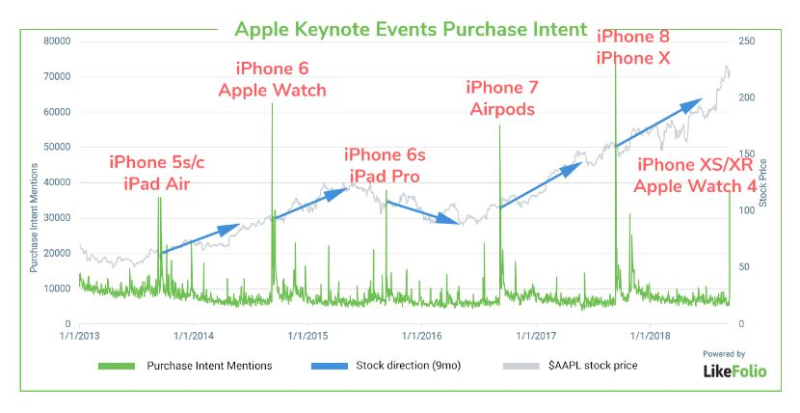 LikeFolio found that the number of people who intend to buy the new Apple products following the presentation was the lowest measured since 2015.

Swan added that "Frankly, it's not a good sign for Apple. The last time purchase intent was this low for a Keynote event, Apple sales fell year-over-year for the first time in 13 years."

A quick glance at LikeFolio's data show that purchase intent mentions after a keynote appear to be a reliable predictor of Apple's stock movement over the nine subsequent months.

For example, the shares gained ground in the nine months after Apple's 2017 event, when social media intent-to-purchase mentions soared for the iPhone 8 and X.

"Two hours and four products later, the end result was a lower level of purchase intent mentions for Apple products/services than we had seen in either of the two prior years," he added. Read more about this here.

I realize that chatter could be an accurate indicator for some things but when it comes to Apple, It's easy for competitors from the Android side, especially Samsung and Huawei, to jam the net with fake chatter to skew the data. Samsung and Huawei are always in Apple's face prior to and after an iPhone event.

While the new iPhone aren't the most exciting designs and features to date, in the 2 year cycle of smartphone life, you have those who bought into the iPhone 7 up for renewal and an iPhone Xs, Xs Max or XR will represent a huge leap in style, screen size, features and more.

I think it will be a huge upgrade cycle this year with Apple fans dying to get their hands on these new iPhone models. It's really only iPhone X fans who might not see the benefit of upgrading this year, but for everyone else, it's going to be an exciting upgrade.

Only time will tell if the chatter methodology wins out or falls on its face. While I'm not a believer in this kind of analysis for future iPhone success, perhaps you are. Send in your feedback below and tell me what you think of Chatter analysis.

On the more positive side of things, Steve Kovach, CNBC's technology Editor, thinks that Apple did a really great job on Wednesday.