Without a Single Flagship Store in India, Apple turns to Supporting a new Round of Franchisee-Run Stores

This month Apple's position in India was painfully presented in two reports using IDC stats regarding iPhones and Macs. In the latter report we noted that "Hopefully Apple Stores will help to make a mark in India, though we're still in the dark as to when that will take place." Of course Bloomberg hinted that Apple's first store might open next year and that three stores in all are on the drawing board. Though that's still a little vague.

Today India's Economic Times is reporting that until Apple gets the green light for their own flagship stores, Apple is going to support "bigger Franchisee outlets at key locations in Metropolitan cities" such as " New Delhi, Mumbai, Bengaluru and Chennai, which are Apple's biggest markets in India, and later in Hyderabad and Pune."

The report further noted that "5-6 franchisee-run outlets will each be at least three times larger than the current, 1,000-squarefoot stores and may even go up to 5,000 square foot. With company-owned Apple Stores yet to take shape in the country, Apple wants some of the franchisee run outlets to up the experience game through this new format. This is part of Apple's new India strategy to focus on selling on experience rather than discount," three senior industry executives said. For more on this, read the full Economic Times report here. 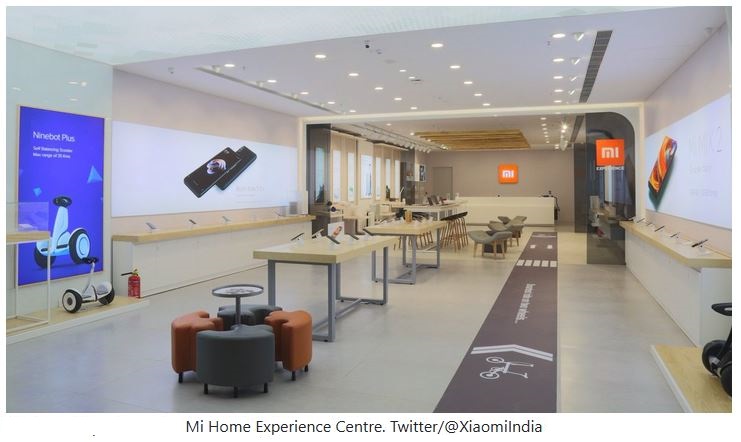 On the flip side, Apple competitor Xiaomi is miles ahead of Apple in India and opened their 25th store in India back in March. The company believes that by the end of this year they'll have 100 Mi Stores in India like the one pictured above. In contrast Apple won't have a single flagship store in 2018 and will rely on more franchisee-run outlets.