While Samsung is one of the Worst-Performing Tech Stocks in 2018, Samsung Chief Talks up a new Dual Display Phone coming 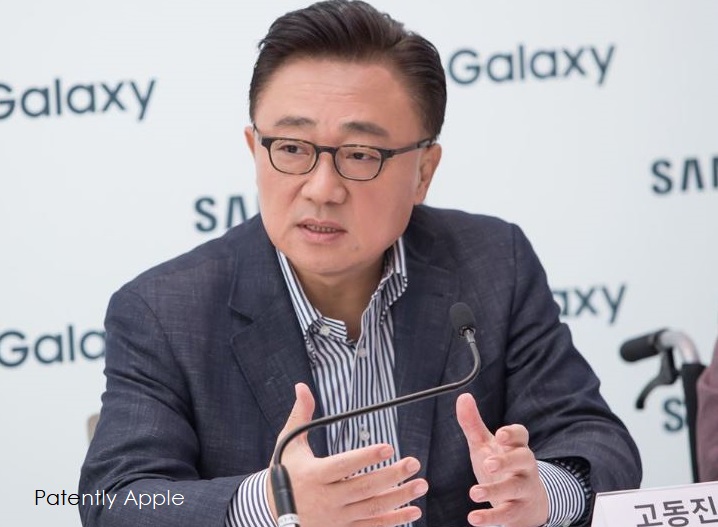 Although Samsung tried to put on positive face for their fans in the U.S. last week when launching their Note9 in New York, the fact remains that Samsung Electronics is one of the world's worst-performing technology stocks this year with billions wiped of its value as factors from increased smartphone competition to worries about the health of the semiconductor market have weighed on the company's performance.

CNBC reports today that "Shares of the South Korean giant are down over 11 percent this year, more than major U.S. and other Asian technology stocks. Over $39.4 billion has been erased from Samsung's market capitalization year-to-date. It's a far cry from the 41 percent rally Samsung shares saw in 2017.

If it wasn't for their success in semiconductors, the company could have collapsed. The semiconductor division has been Samsung's biggest business, accounting for 37 percent of sales but 78 percent of profits in the second quarter of this year. Samsung's success in semiconductors has helped it offset a slower smartphone market, but some analysts fear that the market dynamics that helped it charge high prices could become undone this year. In a recent note, Morgan Stanley warned of rising inventory in the semiconductor industry, which could make it harder to charge higher prices.

Samsung's second quarter earnings showed the slowest quarterly profit growth in more than a year, partly because of sluggish smartphone sales. Revenue from the mobile division was down 22 percent year-on-year in the three months to June, which Samsung attributed to "lower-than-expected sales of the Galaxy S9," the company's flagship smartphone.

While Samsung is hoping the Note9 will turn the tide for their smartphone sales, the fact is that the new Note9 couldn't even beat the iPhone X in a recent Geekbench 4 test on performance. Apple's iPhone X was the clear winner in that category with Samsung's Note9 coming in third. With Apple preparing to launch a new line-up of iPhones next month, Apple's new premium iPhone running on a 7nm processor is likely to blow away the Note9 even further.

Koh stated that "Samsung will solidify its leadership in the global smartphone market as we have competitiveness in terms of responding quickly to market changes. With more competitive budget smartphones in the lineup, Samsung will expand our business in emerging markets, and we will also do everything possible to ensure future growth by investing more in future technologies such as Bixby, SmartThings and the 5G network."

Koh added that "I have said we are struggling in China. That's true, and it takes time to recover. The only thing I can guarantee is we have done everything we can do (to revive the smartphone business in China) over the past year, ranging from restructuring our organization and preparing for the opening of a new store there. I think we can recover our market share next year."

Koh further noted that "For the past six to seven years, I have used 70 percent of my energy on premium smartphones, but the high-end phones have less importance in emerging markets such as India, South America and Southeast Asia. Samsung's upcoming mid-range smartphones will solidify our lead in emerging markets, featuring more innovative technologies."

On July 31st Patently Apple posted a report about Samsung crashing profits and how the company began officially play up their future Folding Smartphone. Koh made note of their folding phone in New York as well. Yet while in New York, Koh went much further in describing their future folding smartphone.

A Korean report posted today claims that "Koh was not shy about his desire to make Samsung the world's first company to release a foldable smartphone.

"I don't want to hand over the world's first title," Koh said when asked when Samsung will launch the foldable smartphone. Koh went on to say that he will make an official announcement of the foldable phone because he wants it to do "well."

Koh didn't confirm the price range and the number of shipments of the foldable phone, but did say that it won't be cheap as the phone will have two independent screens.

The rumors have been swirling around a "foldable phone" in terms of one display being folded over. Samsung's top officer for mobility is contradicting that rumor trend by specifically stating it will have two independent displays. No wonder Samsung is saying that it won't be cheap. Hopefully it will deliver something refreshingly different, like their patent pending 2 display foldable smartphone that was revealed in a Patently Mobile (then Patent Bolt) report posted back in 2013. 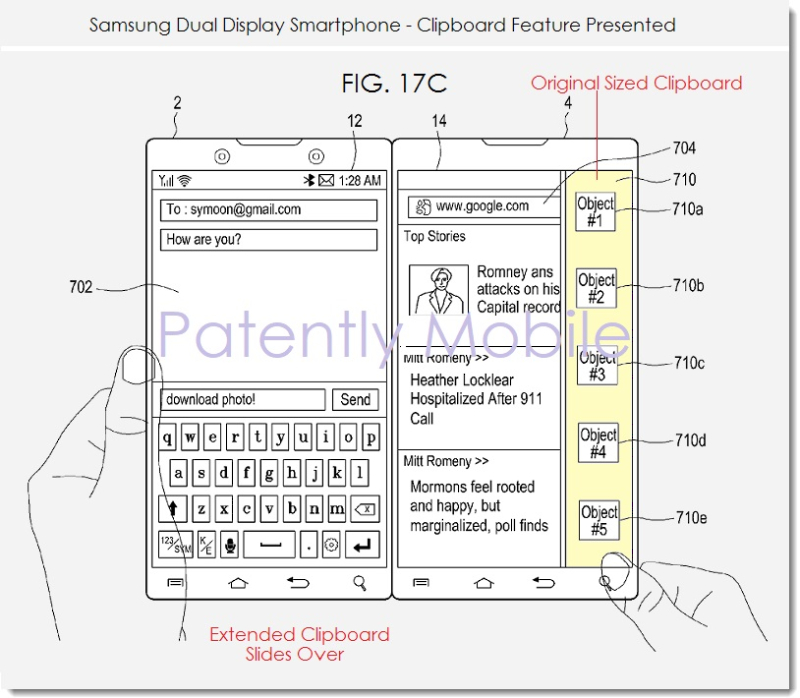 Earlier this month Samsung was granted a patent for a new hinge concept supporting a dual display smartphone as noted in the Samsung patent figure below. 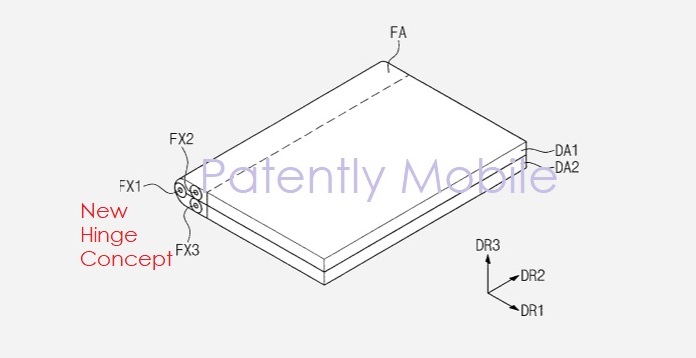 Without a doubt Samsung needs to hit a grand slam home run with an all-new revolutionary type of smartphone category in order to help turn their smartphone division around as the likes of Xiaomi and Huawei are continuing to take market share away from them in huge mass markets like China and India. With Samsung now focusing on delivering a new mid-range set of smartphones and a possible new high-end model, the company is hoping that they could return to their old glory days. It's a long shot to be sure.