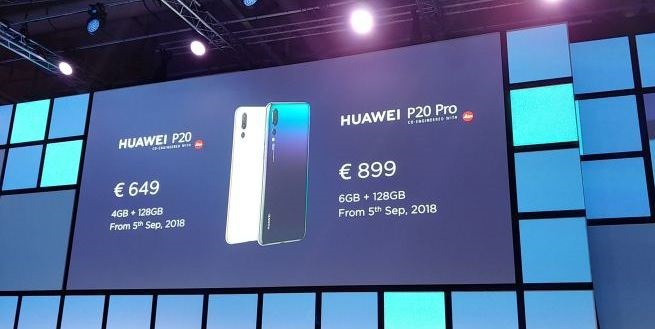 On Tuesday Patent Apple posted a report titled "Gartner Report Plays up Huawei Surpassing Apple in Q2 2018." Gartner's report noted that Huawei's smartphone sales had grown 38.6 percent in the second quarter of 2018. They also praised Huawei for their continual innovation.

This morning, Huawei delivered their IFA event keynote in Berlin to introduce their new P20 smartphones priced between US$650 and US$1050. The Huawei Keynote was presented by Richard Yu, CEO Huawei to showcase their latest smartphone innovations. 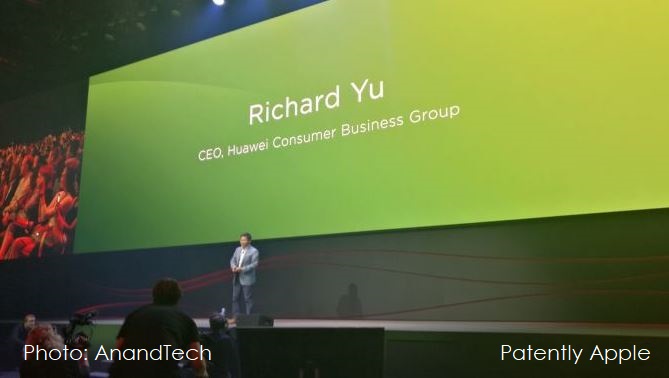 For techies it was a great keynote with a lot of attention to the details regarding the P20's new architecture and chipset including their updated AI processor. The Kirin 980 core processor chipset, designed by Huawei's chip arm HiSilicon Technologies, which adopts advanced 7-nanometer process technology.

Though suffering a number of setbacks -- most notably U.S. and Australian bans on government purchases of its equipment -- Huawei has become a formidable player in the tech industry, and now ranks as a global leader in the manufacture of telecommunications equipment. One of their slides presented today showed why they're the number two smartphone player in the world at present with stellar growth in Europe and emerging markets.

The one thing that was for sure, Huawei's new Kirin 980 processor that powers their new P20 smartphones was shown to destroy the Snapdragon 845. 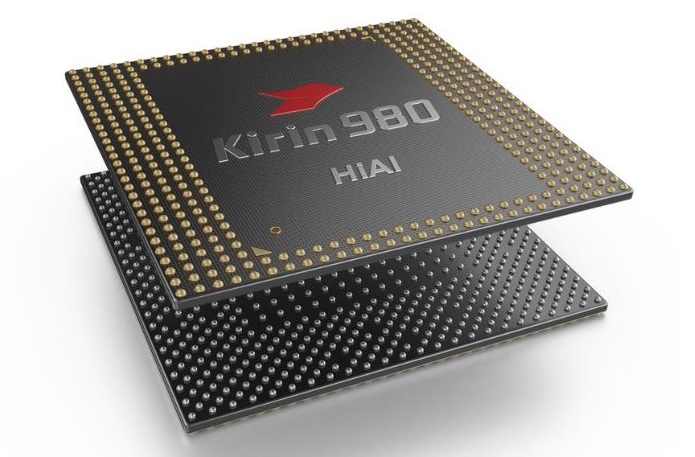 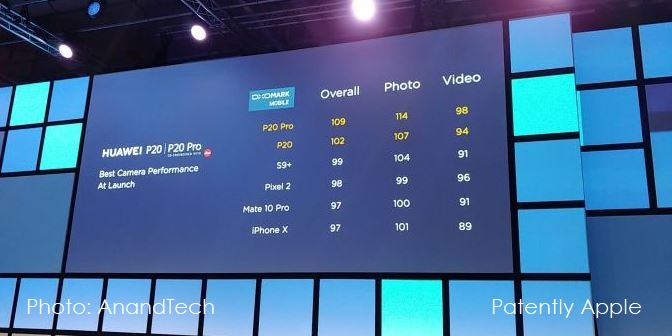 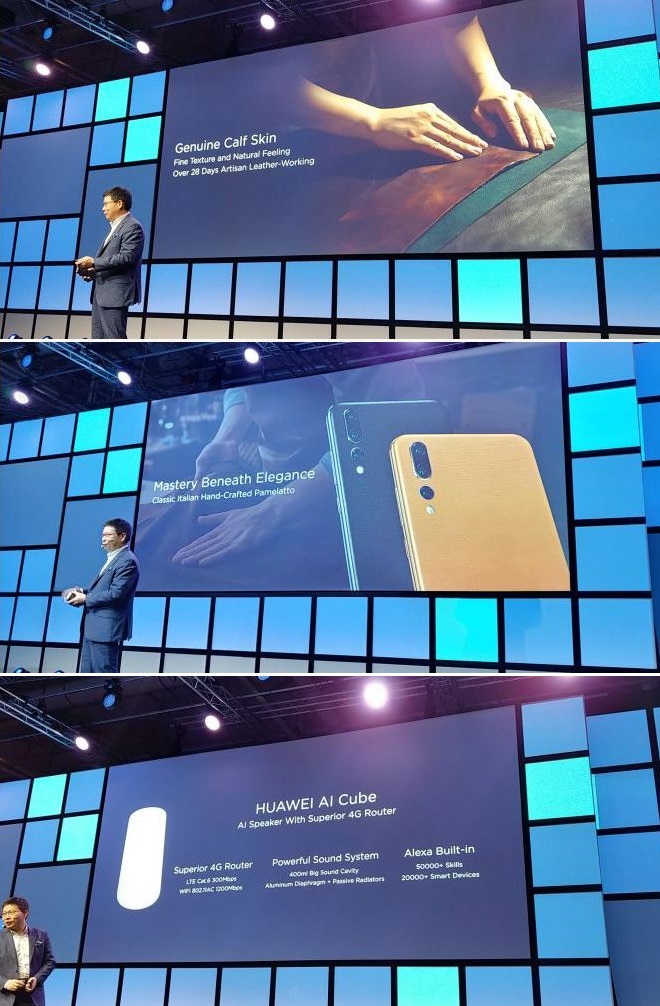 Huawei also introduced genuine calf skin finishes for their P20 Pro as shown above and that could be a very nice addition. While I'd love Apple to introduce such a finish as an option for their new iPhones, I doubt that's in the cards for this year.

For those wanting to check out more of the keynote could do so by watching the full keynote below, shot by Rick Nassar. Although the quality is lousy all around, you at least get to see more of Huawei's slides and so forth.

We may replace the video with a superior one later today if one becomes available.