Next year's top of the line iPhones are likely to support a 5G modem and include more "significant" design changes. For this year, Apple's big changes will focus on larger crisper displays with internal improvements, according to a new Bloomberg report.

Considering that all new top end iPhones will have a full display, notch and Face ID, Apple will be adding an "S" suffix to the models so that customers will be able to distinguish the new models from the old iPhone X. That's how close in design they're expected to be.

As reported for some time now, the high end iPhone will carry the largest iPhone display to date measuring 6.5", slightly larger than Samsung's new Note9 that carries a 6.4" display. Bloomberg notes that the new iPhone will offer a side-by-side app feature so Mail and Calendar could be seen at one time.

Apple's three new iPhones will sport faster processing and a camera upgrade. Of course Apple revealed at their developer conference in June that iOS 12 would quicken many features by up to 70%. So combining that with a new bionic processor should make the iPhone models speed demons. 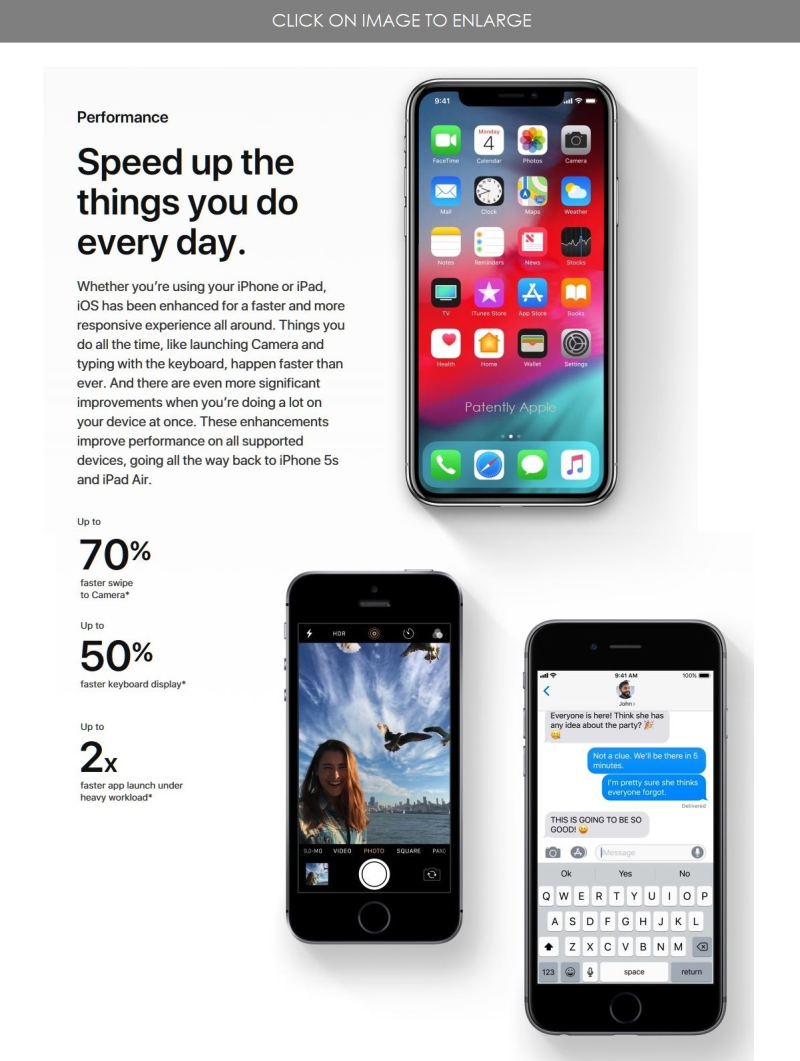 While the second new iPhone will carry a 5.8" OLED that has been rumored for weeks, it's the lower end iPhone that replaces iPhone 8 that will carry the largest changes of all models starting with dropping the traditional Home Button. It will include a 6.1" LCD display as rumored and "come in multiple colors, and sport aluminum edges instead of the iPhone X's stainless steel casing."

Beyond iPhones, Bloomberg reports on the rumor of a larger entry iPad Pro at 11" with a slimmer bezel and more significantly, dropping the Home Button and adding Face ID. The combined changes will provide the new iPad Pros with a fresh look and appeal. For more on this, read the full Bloomberg report here.

Earlier this month we noted that Analyst TrendForce was taking a leap in forecasting Apple would have Apple Pencil work with a new iPhone. That would have marked an interesting and aggressive move on Apple's part to challenge Samsung's Note9. However popular analyst Ming-Chi Kuo has now stepped in to say that the Apple Pencil option is a no go for this year.

All-in-all, the majority of die hard iPhone fans will likely jump on the new models for their larger crisp displays and speedy performance. Yet you have to wonder if smartphone sales in general across the industry will suffer a little with consumers holding out for smartphones with 5G modems rolling out in 2019.

Many see 5G as a game-changer especially for video services and game streaming for starters. It's likely to be the technology that Apple is waiting for to launch their coming video service.