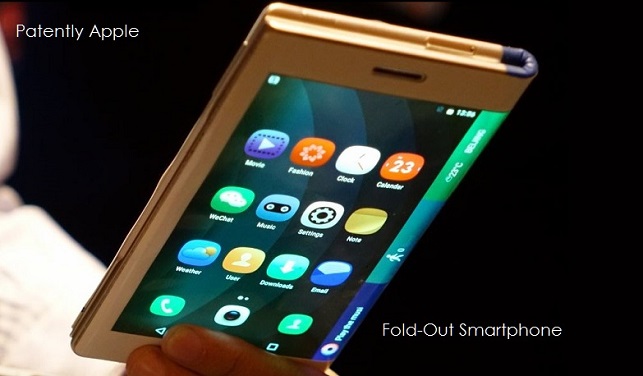 While Samsung's mobile President Koh Dong-Jin has told the U.S. press that they plan to be the first smartphone company to bring a dual display smartphone to market, we're learning today that their Display division's ongoing work on foldable displays will pay off. As part of its efforts to seize new opportunities, Samsung Display, the world’s largest flexible OLED maker, has sent out a batch of foldable display prototypes to Chinese smartphone makers, including Oppo and Xiaomi, looking to build partnerships with them.

Global major smartphone makers are competitively joining the race for foldable smartphones, which is expected to invigorate the market that has been seeing a falling demand in recent years.

The latest move by Samsung Display is considered quite unusual considering that they're the display-making unit for Samsung Electronics. However, things are different this time around as the foldable smartphone market is something that didn't exist before, and many smartphone companies, including Samsung Electronics, are thought to be rolling out a limited batch of such handsets in the beginning.

It also seems that Samsung Display is trying to grow the foldable smartphone ecosystem at a fast pace and to take the lion's share in this emerging segment.

The shipments of foldable panels are expected to reach 14 million by 2021, worth US$2.67 billion, up from 1 million in 2019, according to Korean research firm Stone Partners.

Clearly 2019 will be a testing year for these new displays and we're likely to see a range of new smartphone designs emerge before one model strikes a chord with consumers. Whether larger smartphones with a single foldable display will win over smartphones with dual displays as the next big trend in smartphones is still a big unknown.