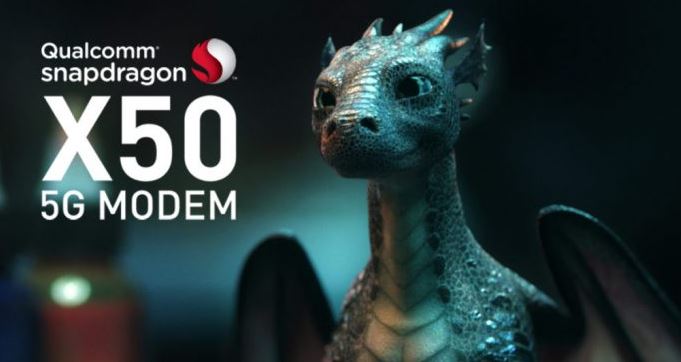 Today Qualcomm Technologies, a subsidiary of Qualcomm Incorporated, announced that its upcoming flagship mobile platform will feature a system-on-chip (SoC) built on the 7nm process node. The 7nm SoC can be paired with the Qualcomm Snapdragon X50 5G modem, which is expected to be the first 5G-capable mobile platform for premium tier smartphones and other mobile devices.

Qualcomm further noted that they had begun sampling its upcoming flagship mobile platform to multiple OEMs developing next-generation consumer devices. The upcoming platform will transform industries, encourage new business models and improve the consumer experience as operators come online with 5G services later in 2018 and through 2019.

Cristiano Amon, president, Qualcomm Incorporated: "We are very pleased to be working with OEMs, operators, infrastructure vendors, and standards bodies across the world, and are on track to help launch the first 5G mobile hotspots by the end of 2018, and smartphones using our next-generation mobile platform in the first half of 2019."

This flagship mobile platform with 5G is designed to enable premium connected devices that bring new intuitive experiences and interactions with power-efficient on-device AI, superior battery life, and performance while extending globally to innovative technologies, solutions, experiences and applications in automotive and IoT.

Full details regarding the next-generation flagship mobile platform from Qualcomm Technologies is planned to be announced in the fourth quarter of 2018.

Rumors have been swirling that Samsung's Galaxy S10 launching in late February will be the first smartphone to introduce Qualcomm's new mobile platform, getting at least a six month lead on Apple smartphones.

You have to wonder why anyone would want to buy a new smartphone this year knowing that 5G networks begin rolling out in H1 2019.