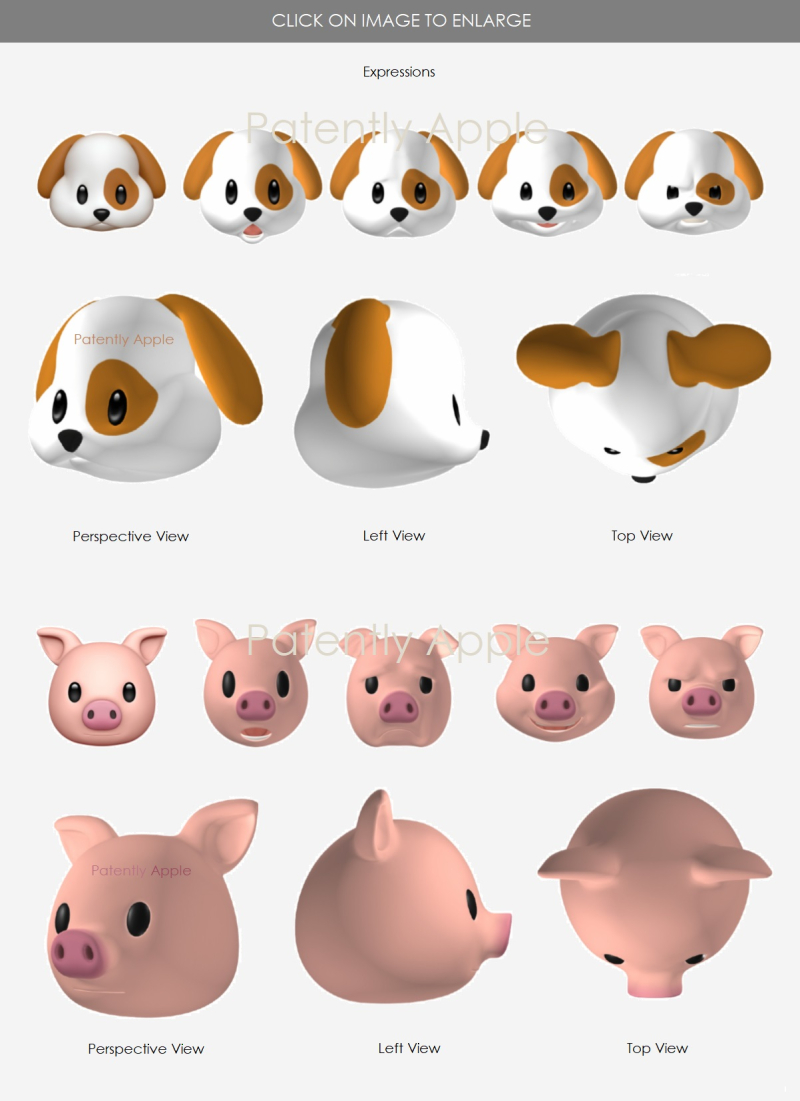 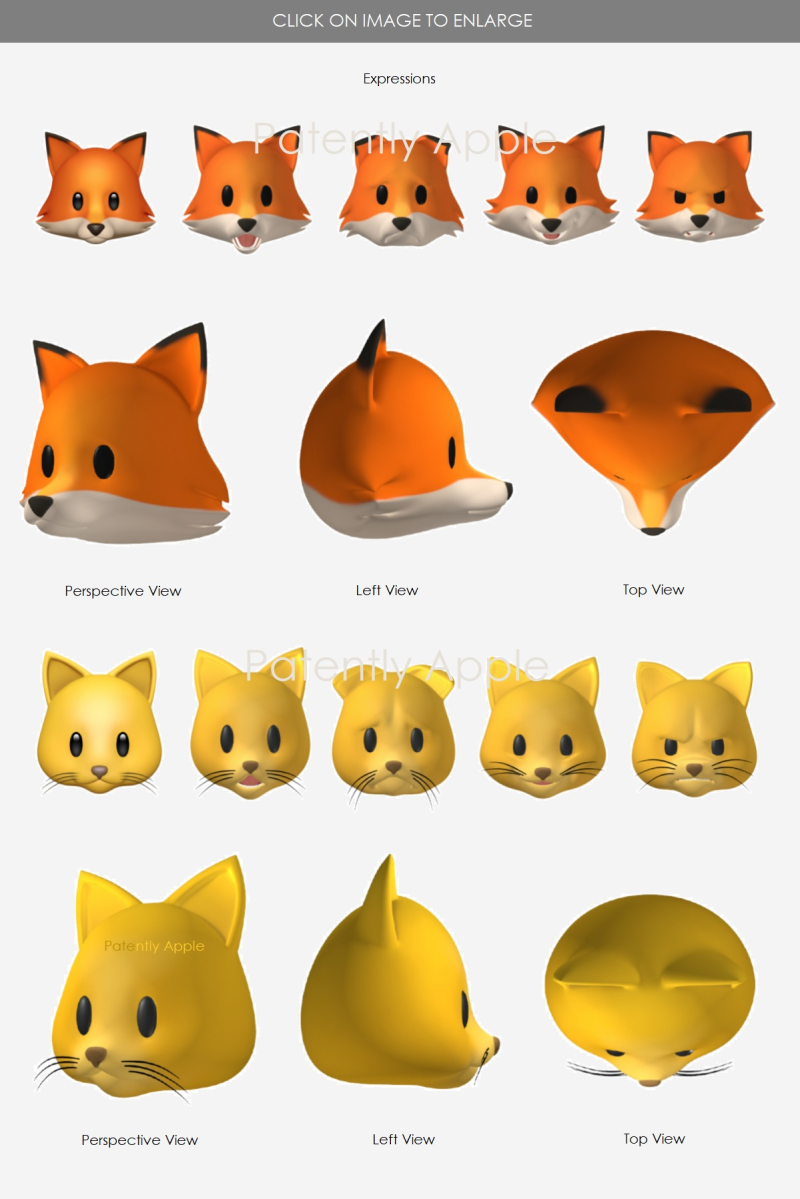 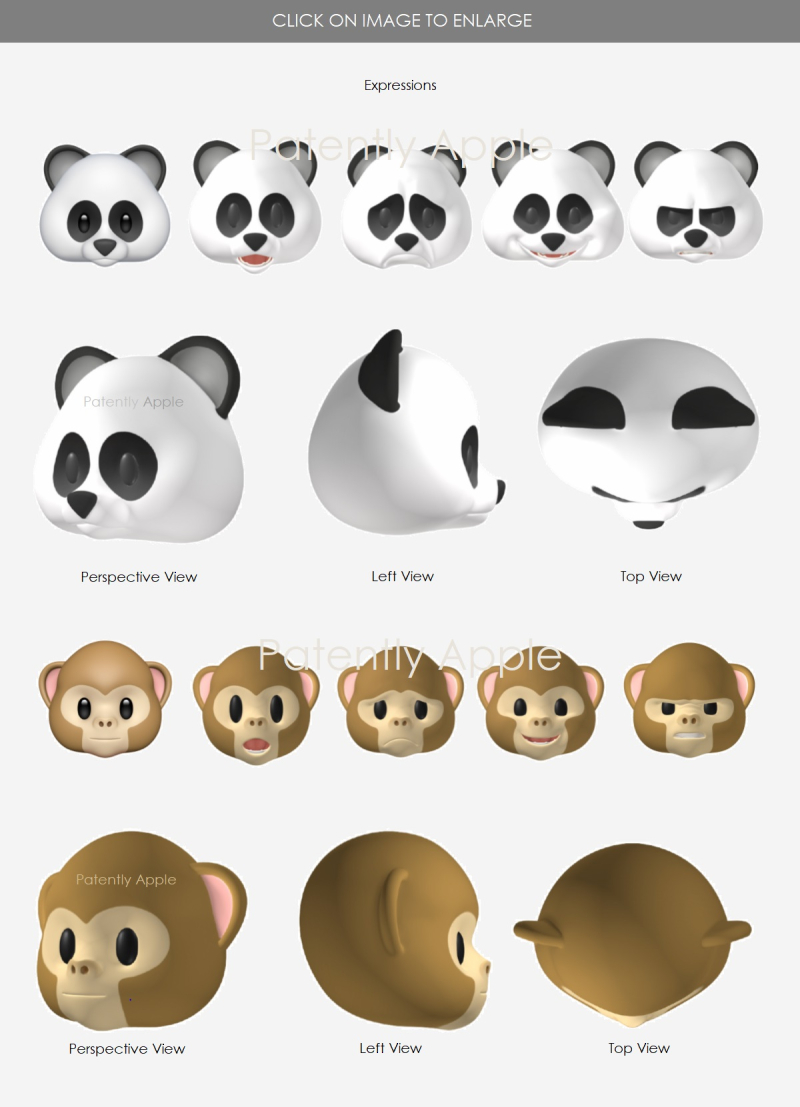 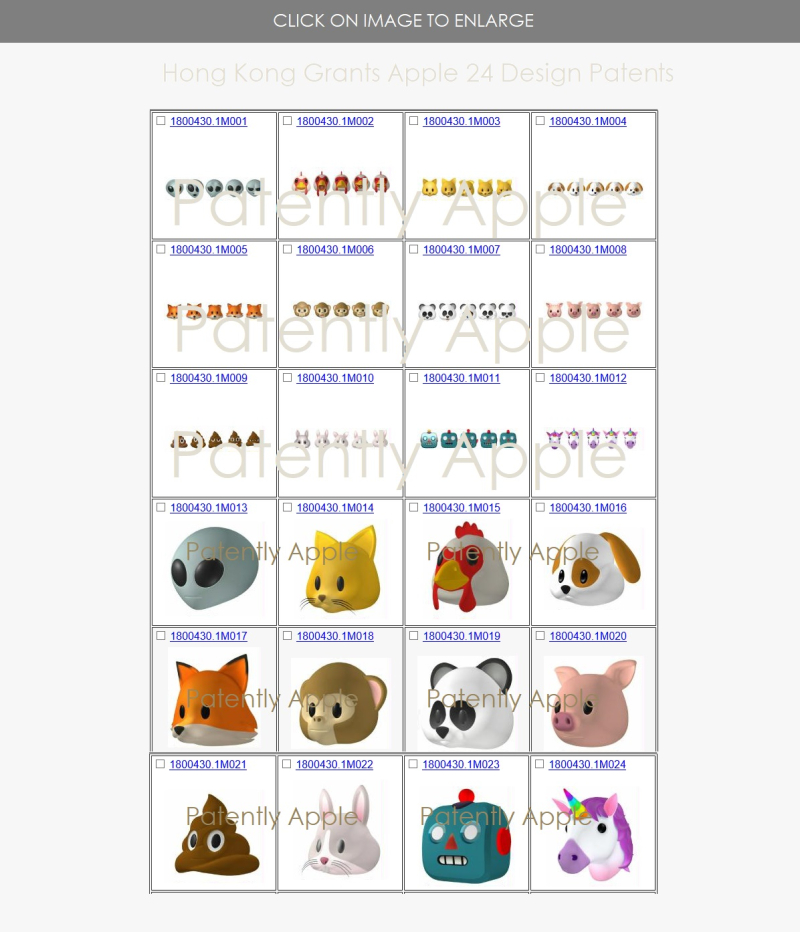 Perhaps later this month or September another round of design patents will surface to cover the latest Animoji characters T-Rex, Ghost, Tiger, Koala, Bear, Dragon, Skull and lion. Stay tuned.