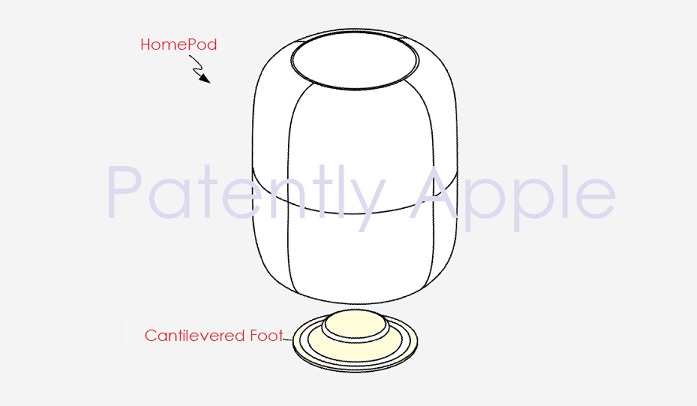 Today the US Patent & Trademark Office published a patent application from Apple that relates to the HomePod's internal stand which is technically referred to as a cantilevered foot. Even though the title of the patent and three quarters of the patent claims focus on HomePod's cantilevered foot, Apple's abstract and most of its summary is focused on the audio and other aspects of HomePod. For instance, Apple's patent abstract first notes that their invention "relates to speakers and more specifically to an array speaker for distributing music uniformly across a room."

In Apple's patent background they note that conventional speakers are generally directional in nature, which can have the effect of leaving dead spots within a room. Often a large array of speakers is distributed around a room to achieve a substantially uniform level of audio performance throughout the room. Conventional speakers can also be subject to vibratory excursions in certain playback regimes. For example, a subwoofer can cause substantial buzzing and or motion of a speaker depending on the volume and frequency of the music being played back. Consequently, improvements in speaker design are desirable. 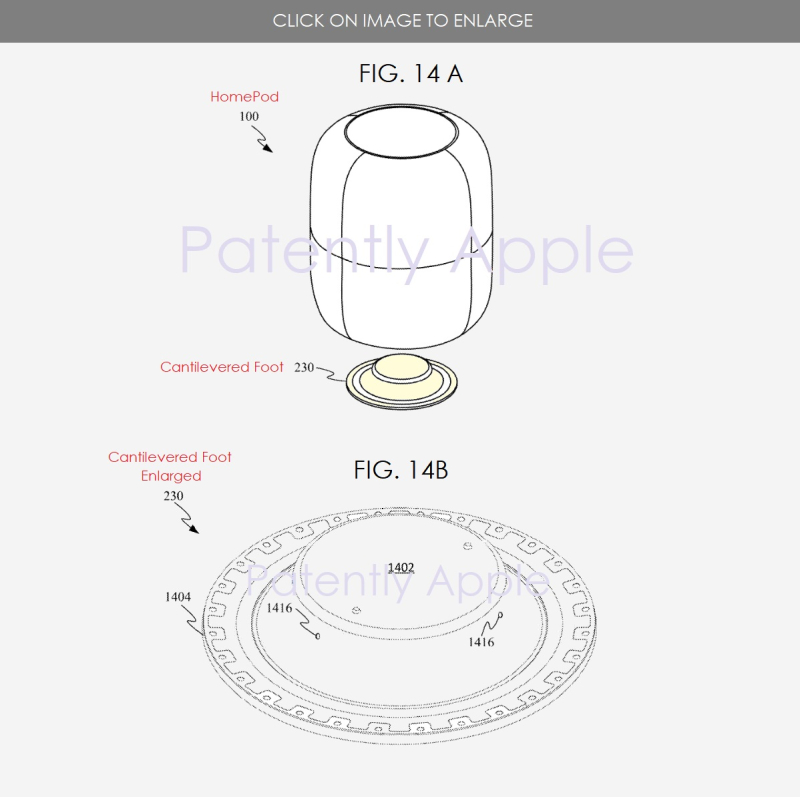 Apple's patent application 20180220213 titled "Cantilevered Foot for Electronic Device" was filed on March 27, 2018 and published today by the U.S. Patent and Trademark Office.