The Problem: The accuracy of automatic speech recognition (ASR) systems has improved phenomenally over recent years, due to the widespread adoption of deep learning techniques. Performance improvements have, however, mainly been made in the recognition of general speech; whereas accurately recognizing named entities, like small local businesses, has remained a performance bottleneck.

The Solution: Apple describes how they met that challenge by improving Siri's ability to recognize names of local POIs by incorporating knowledge of the user's location into their speech recognition system. Customized language models that take the user's location into account are known as geolocation-based language models (Geo-LMs). These models enable Siri to better estimate the user's intended sequence of words by using not only the information provided by the acoustic model and a general LM (like in standard ASR) but also information about the POIs in the user's surroundings.

The issue is broken down into the following segments: Introduction; How Does Siri use Geo-LM; Geo Regions; Algorithm; Geo-LM Construction; Experiments and Results, Data; Results and Conclusion. 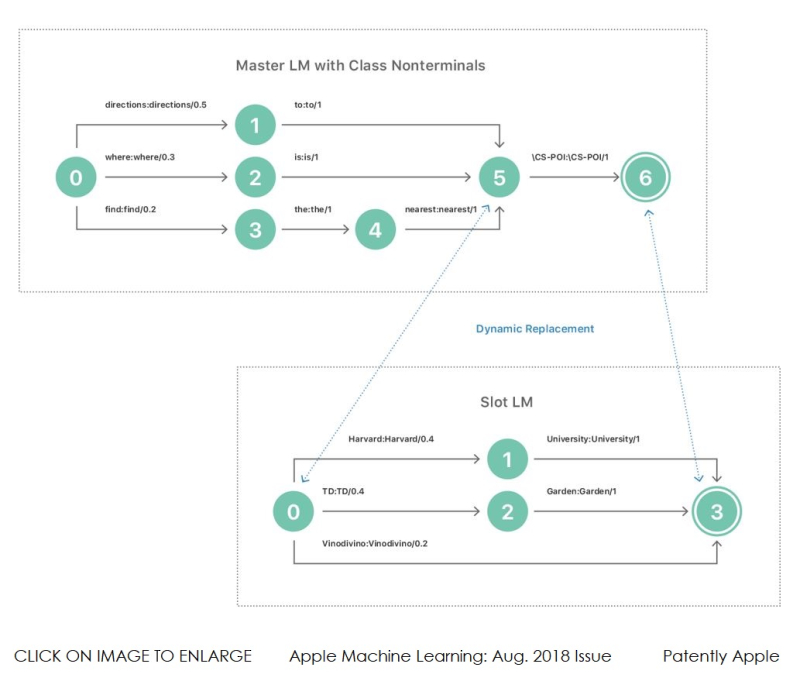