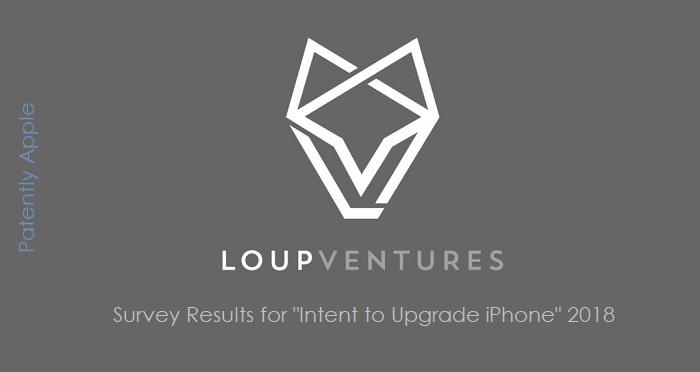 Gene Munster, famed Wall Street Analyst that was with Piper Jaffray until 2016 is now a Managing Part partner at Loup Ventures. Today Gene Munster and associate Will Thompson published an iPhone Intent to Upgrade survey. According to Munster, they surveyed 530 U.S. consumers about their intent to purchase upcoming iPhones and the results suggest that there's an upside to street numbers. Below are their key survey results. 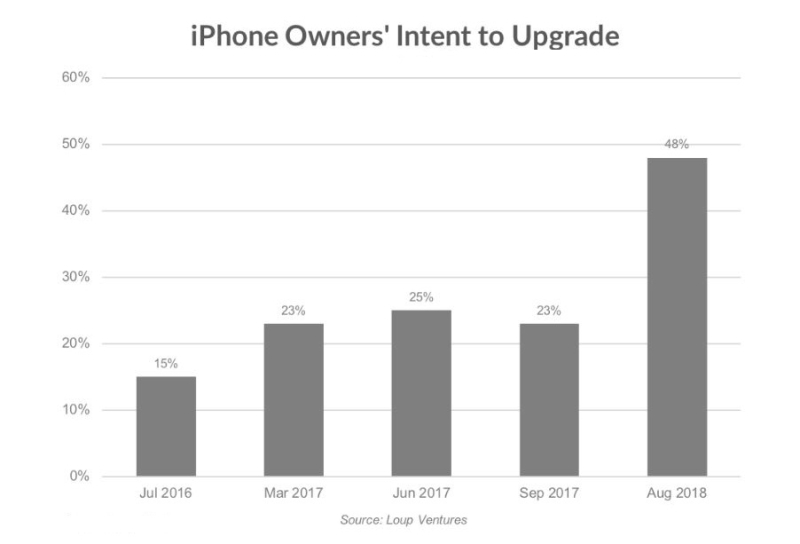 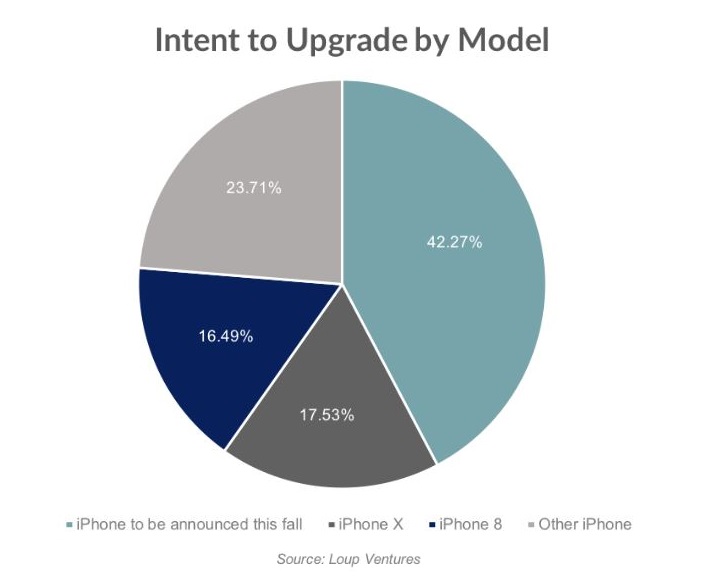 One More Thing: Interest in AR

Loup Venture also asked if the respondent would have more, less, or unchanged interest in buying a phone that had more powerful augmented reality capabilities. This time, 32% of respondents said they would be more interested, compared to 21% when we asked the same question in September of 2017. While the most common answer is still "unchanged," the uptick in interest reflects the slow but steady progression of mobile AR's importance.

It should be noted Loup Ventures also posted their take on Apple's acquisition of Akonia Holographics that we covered earlier today. Interestingly their report suggests that Apple is focusing in on smart "glasses" rather than alternative devices like a Mixed Reality headset.

Loup Venture wrote today: "Our best guess is that Apple Glasses, an AR-focused wearable, will be released mid FY21. Previously we had been expecting AR glasses in mid FY20; however, we believe it's prudent to take a more conservative view on timing.

Apple is putting significant resources into AR, including ARKit and AR acquisitions like Akonia, SensoMotoric, and PrimeSense. We believe Apple sees the AR future as a combination of the iPhone and some form of a wearable.

With an average selling price for Apple Glasses around $1,300, we expect initial demand to be limited at just over 3m units compared to 242m iPhones that year. This implies that Apple Glasses will represent 2% of sales in FY20 increasing to 10% ($30B) in FY22 when we expect the ASP to be about ~$1,000.

This growth curve is modeled after the iPad initial growth. Longer-term, we expect a different growth curve for Apple Glasses vs. the iPad. We believe the product will continue to increase as a percentage of sales for the next ten years."