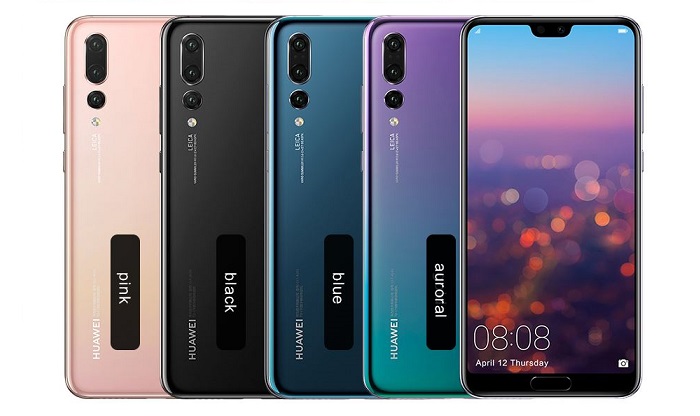 It was reported by the Guardian on the first of August that Huawei landed in second spot worldwide surpassing Apple. Of course we're talking "volume shipments" and not profit where Apple is firmly in the lead. This afternoon Gartner posted a report on Huawei's performance in Q2 2018 wherein we're able to see that Huawei firmly beat Apple in volume without being able to enter the U.S. market, which is a handicap to be sure. The volume numbers would have been much greater if their smartphones could enter the U.S. like they are in Canada. In the bigger picture entering the U.S. market would hurt Samsung more than Apple. 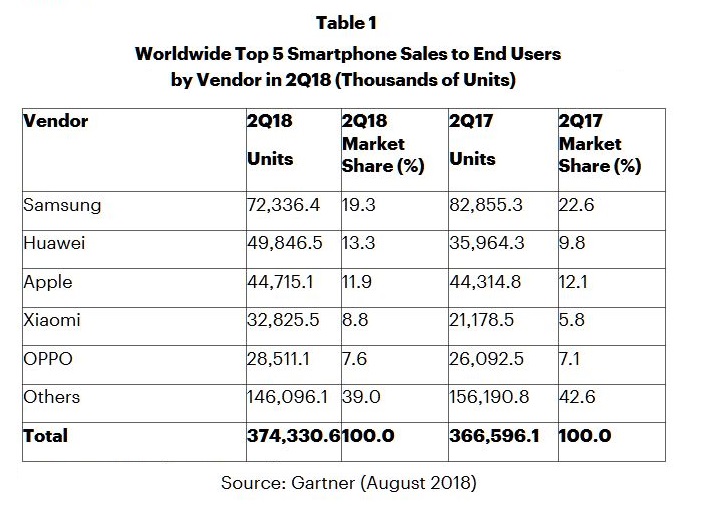 Gartner's report notes that "Apple's performance was flat in the second quarter of 2018 (0.9 percent growth). Minimal incremental value in Apple's current-generation flagship iPhones led to slower growth in the second quarter of 2018," said Mr. Anshul Gupta research director at Gartner. "Demand for the iPhone X has started to slow down much earlier than when other new models were introduced."

Mr. Gupta's opinion aside, Apple will fly back to second place for Q4 2018 to be sure. Unlike Samsung and Huawei, Apple only launches new iPhones once a year.

You have to wonder if Apple will ever shake things up and release their new but lower-end iPhones in March to counter moves by their competitors.

In respect to Huawei, Gupta noted that "Huawei's smartphone sales grew 38.6 percent in the second quarter of 2018. Huawei continues to bring innovative features into its smartphones and expand its smartphone portfolio to cover larger consumer segments. Its investment into channels, brand building and positioning of the Honor devices helped drive sales. Huawei is shipping its Honor smartphones into 70 markets worldwide and is emerging as Huawei's key growth driver."