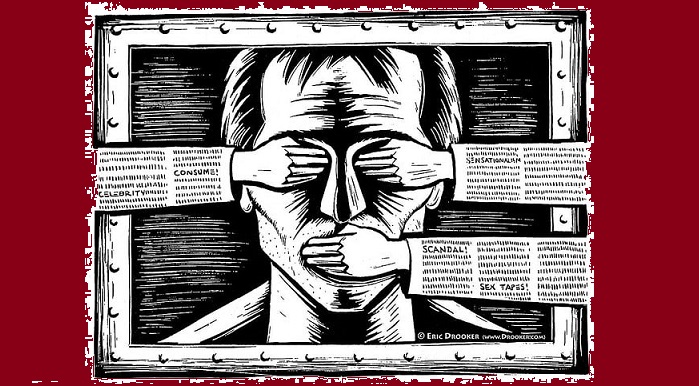 Klayman has filed a number of lawsuits against political figures and governmental agencies and now he's decided to take on Silicon Valley based social media companies Google (YouTube), Twitter, Facebook and yes, even Apple which has become a political machine under CEO Tim Cook who holds left of center political views.

Today we learn that Freedom Watch has filed a four-count billion dollar Class Action against the kings of Social Media that includes Facebook, Twitter, Google (YouTube) and Apple in the District Court of Columbia.The Class Action was personally filed by Larry Klayman August 29, 2018.

Count 1: Violation of Section 1 of the Sherman Act – Illegal Agreement in Restraint of Trade

Count 2: Violation of Section 2 of the Sherman Act

The segment of the Class Action titled "Facts" lays out the case as seen by the defendant Freedom Watch, Inc. The following content covers just a few of the points from this segment and the yellow highlighting is not found in the complaint. You could read the full statement and Class Action content in the Scribd document provided for you below.

The complaint reads in-part: "It has been revealed that Defendants, each and every one them, have engaged in a conspiracy to intentionally and willfully suppress politically conservative content.

This conspiracy has resulted in severe financial loss, as well as unconstitutional suppression of speech and other content, for Freedom Watch and those similarly situated.

Acting in concert with traditional media outlets, including but not limited to Cable News Network ('CNN'), MSNBC, the New York Times and the Washington Post – all of whom are owned and/or managed by persons with a leftist political ideology, Defendants have intentionally and willfully suppressed politically conservative content in order to take down President Donald Trump and his administration with the intent and purpose to have installed leftist government in the nation's capital and the 50 states.

Defendants' goal is to use their position of influence and great market power – as set forth below – to re-craft the nation into their leftist design.

Indeed, many executives of Defendants and at CNN, MSNBC, the New York Times and the Washington Post, which outlets are not being suppressed, are intricately connected with former President Barack Obama, former Secretary of State and presidential candidate Hillary Clinton, and former President Bill Clinton and still serve their interests, as well as those of other leftist politicians, through the media.

It has been widely reported and documented that Defendants have each, as part of the conspiracy described herein, actively, willfully, and intentionally and/or or through parallel concerted violative conduct suppressed conservative content in furtherance of their political agendas and those of their co-conspirators.

According to Senator Ted Cruz, as reported in the New York Times, 'if internet companies are not a 'neutral platform,' they should not be protected by a law known as Section 230 of the Communications Decency Act, which (some claim) gives companies broad legal immunity for what people put on their services."