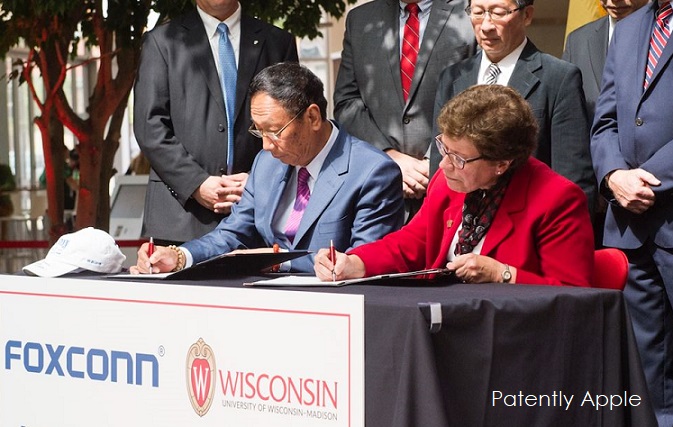 Apple Supplier, the Foxconn Group, has signed an agreement with the University of Wisconsin-Madison on Monday to invest US$100 million in engineering and innovation research at the university, while also creating the framework for a science and technology institute that will collaborate closely with the company's facilities in southeast Wisconsin, according to the university. Foxconn's Terry Gou speaks at the 6:21 mark of the video below.

The Foxconn investment will include funding to help establish a new interdisciplinary research facility for the College of Engineering on the UW-Madison campus.

It will also establish Foxconn Institute for Research in Science and Technology (FIRST) in Wisconsin Valley Science & Technology Park near Racine County where Foxconn is establishing a large production base of display panels.

Foxconn will play the role of not only a major investor in Wisconsin but also a long-term partner to help the local community, such as with its building up its workforce, said Foxconn chairman Terry Guo at the signing ceremony.

The agreement formalizes the university's commitment to being part of research efforts at FIRST and Foxconn's commitment to activities such as research, recruiting, creating opportunities for internships in campus laboratories. In addition, the planned interdisciplinary research facility for College of Engineering will enhance the college's capabilities and allow it to be an active partner with FIRST. 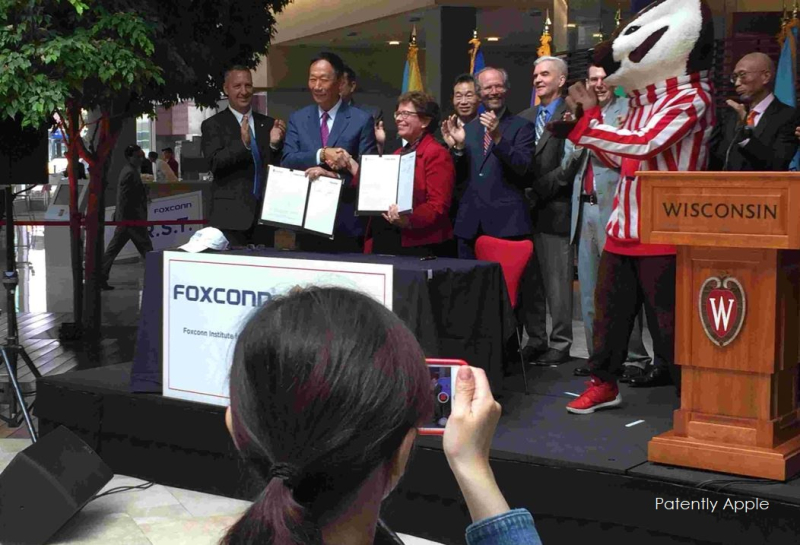 Foxconn's FIRST will cooperate with an R&D staff of AI (artificial intelligence), 8K resolution and 5G wireless communication technologies that Foxconn is building in Wisconsin.

In addition, Foxconn will partner with the university to advance focus research in areas of human health such as genomics, immune cells, processing and integration of clinical data, medical imaging in cancers and related diseases.