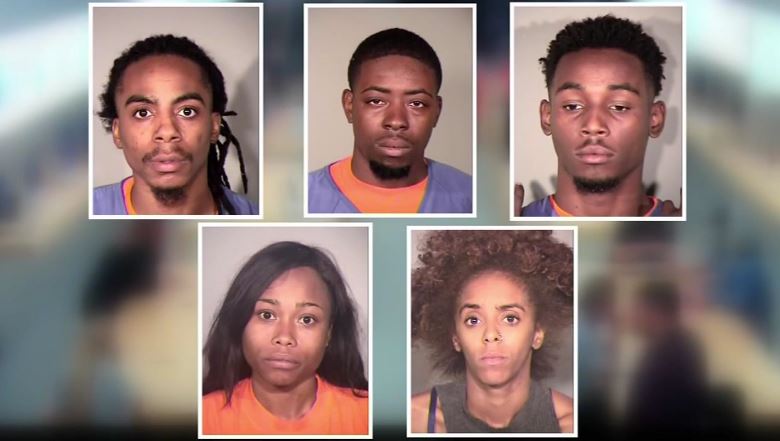 It's being reported that five suspects are due to appear in court today after allegedly stealing $18,000 in iPhones and laptops from an Apple store in Thousand Oaks, California, police said. Authorities are investigating whether the suspects are also responsible for a string of other recent robberies at California Apple stores.

Five people ages 19 to 26 were arrested in connection with the alleged robbery on Sunday afternoon, the Thousand Oaks Police Department said in a statement. The suspects had allegedly entered the store wearing sweatshirts with the hoods up as they grabbed merchandise, according to police. A group of customers helped apprehend two of the suspects at the Thousand Oaks store by holding them down as they attempted to flee, police said.

Authorities are now investigating whether the suspects have been involved in other recent robberies of California Apple stores.

"At this point, we think that they are involved in other burglaries, three of them in Thousand Oaks, and then one in Northridge," Capt. Garo Kuredjian of the Ventura County Sheriff's Department told ABC News.