Home Archives Contact Us Subscribe Twitter MeWe Patently Mobile
While it was disappointing for Intel to delay 10nm Processors, a Rumor now Claims that Whiskey Lake could be in Short Supply
Samsung Display to Supply Xiaomi and Oppo with Foldable Displays for limited Smartphone Releases in 2019 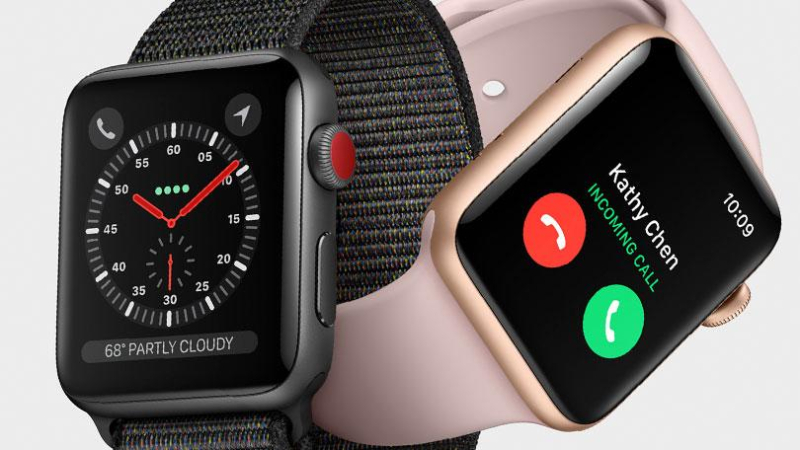 In July Patently Apple reported that Apple Watch performed strongly n Q2 2018 with 3.5 million shipped worldwide which translated to 30% growth year-over-year. Today we're learning that the most popular Apple Watch worldwide for Q2 was actually the original Apple Watch series 1 model. According to Counterpoint's latest consumer report "Apple continues to dominate the smartwatch market with a 41% share," even though they dropped 7% from 2017. 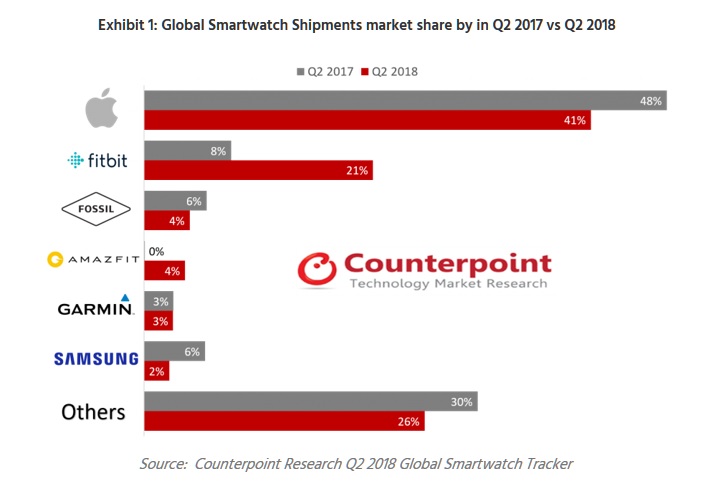 Commenting on the major shift to LTE added to Apple Watch, Counterpoint Research Analyst, Satyajit Sinha, noted: "Apple is catalysing the trend of a smartwatch as a standalone wearable device with the adoption of cellular connectivity, which is driving the new wave of cellular connected wearables globally, great news for mobile operators."

Looking at the different smartwatch platforms, Research Analyst, Flora Tang, added, "Proprietary platforms continue to dominate the smartwatch market. The smartwatch engine is mostly powered by Apple's watchOS or Fitbit OS or Samsung's lone adoption of Tizen OS and different flavors of RTOS implementations and all are closed platforms. 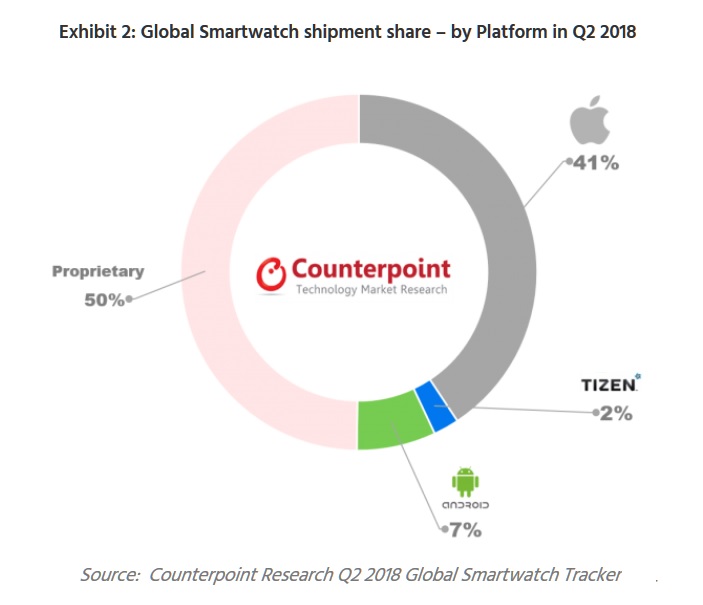 The shift to Androidwear OS still hasn't happened like we have seen in Android for smartphones. This is partly due to lesser focus, less intuitive UI and selective smartwatch OEM partnerships by Google over the last few years for Androidwear OS.

Counterpoint's chart below shows us what were the most popular smartwatches in Q2 2018 and Apple Watch Series 1 surprisingly took top spot. Apple's Series 3 model came in fourth place. 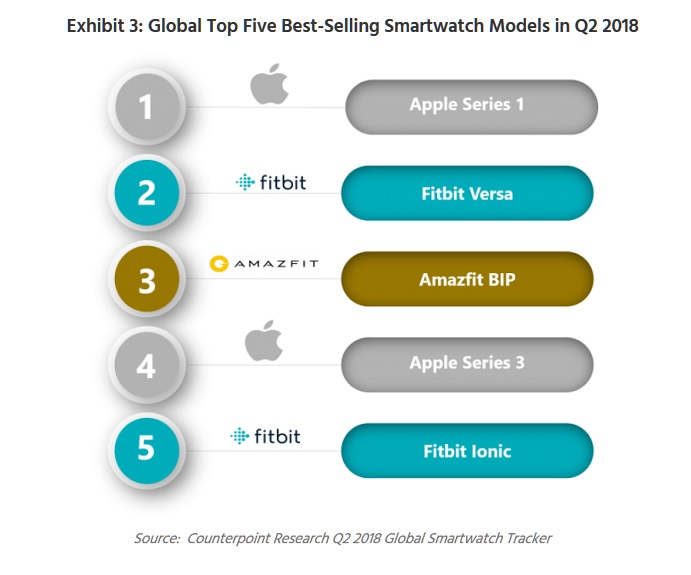