Apple has been granted a Design Patent for iPhone 8 Plus 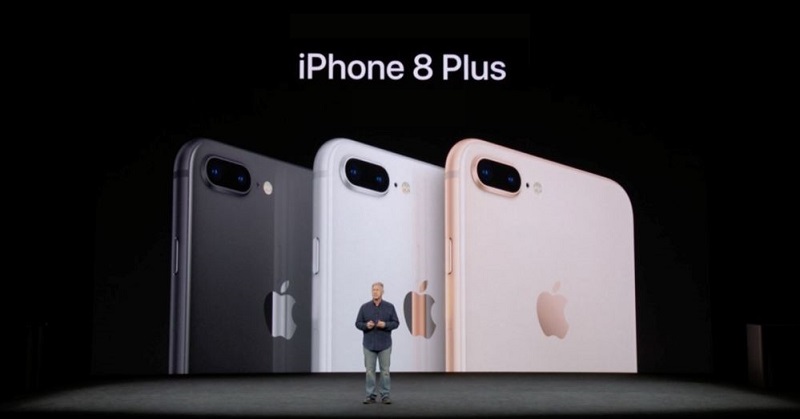 Today Apple was granted a design patent for their iPhone 8 Plus model that popped in the Hong Kong database under number 1800278.8M002. Apple filed for it on February 9, 2018. The iPhone 8 Plus was the fourth most popular iPhone model in China in Q2 2018.

Unlike "patent applications," design patents published by the U.S. or foreign Patent and Trademark Offices never reveal pertinent information about a particular design. All we get are simple patent figure visuals as presented below.

You'll notice that on the patent figure of the backside of Apple's iPhone 8 Plus model, the artist deliberately placed markings to represent the fact that it's a glass back and not metal like the iPhone 7 Plus design was as noted in their granted patent issued in March 2017 here. 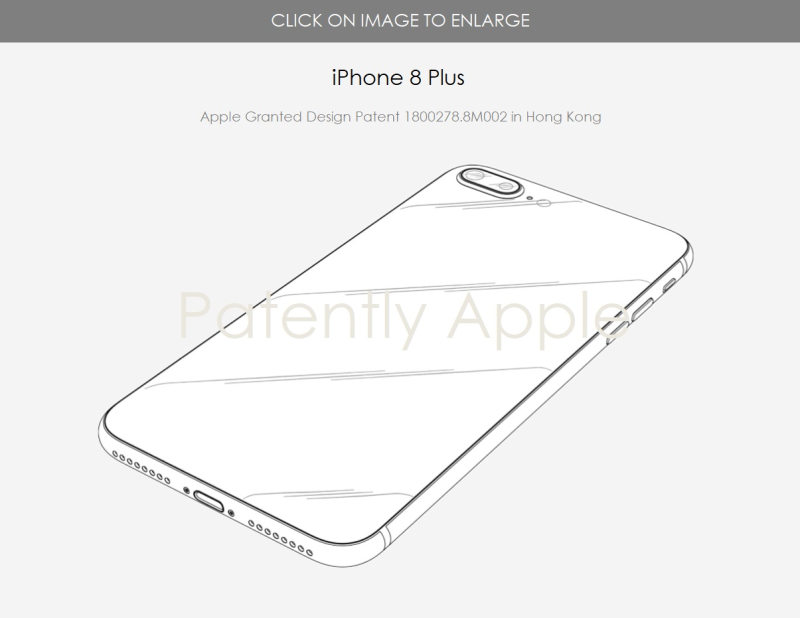 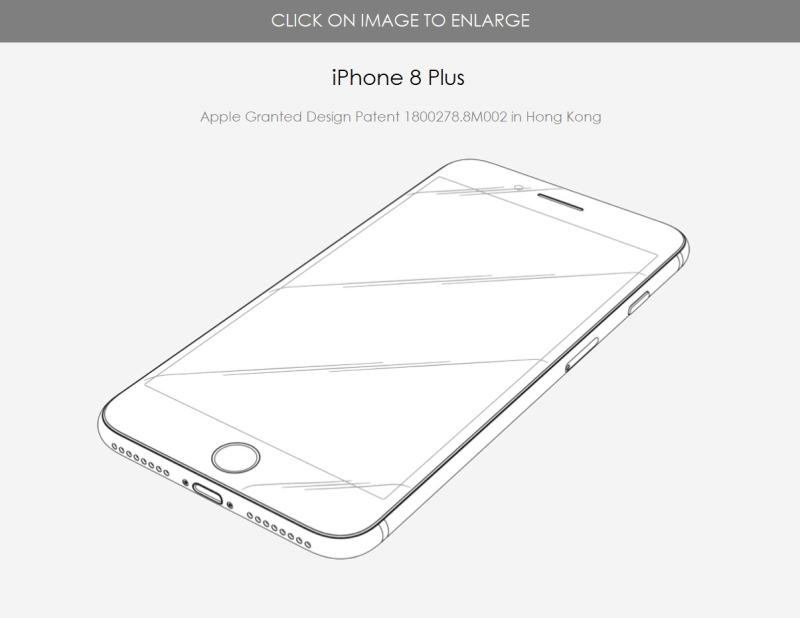 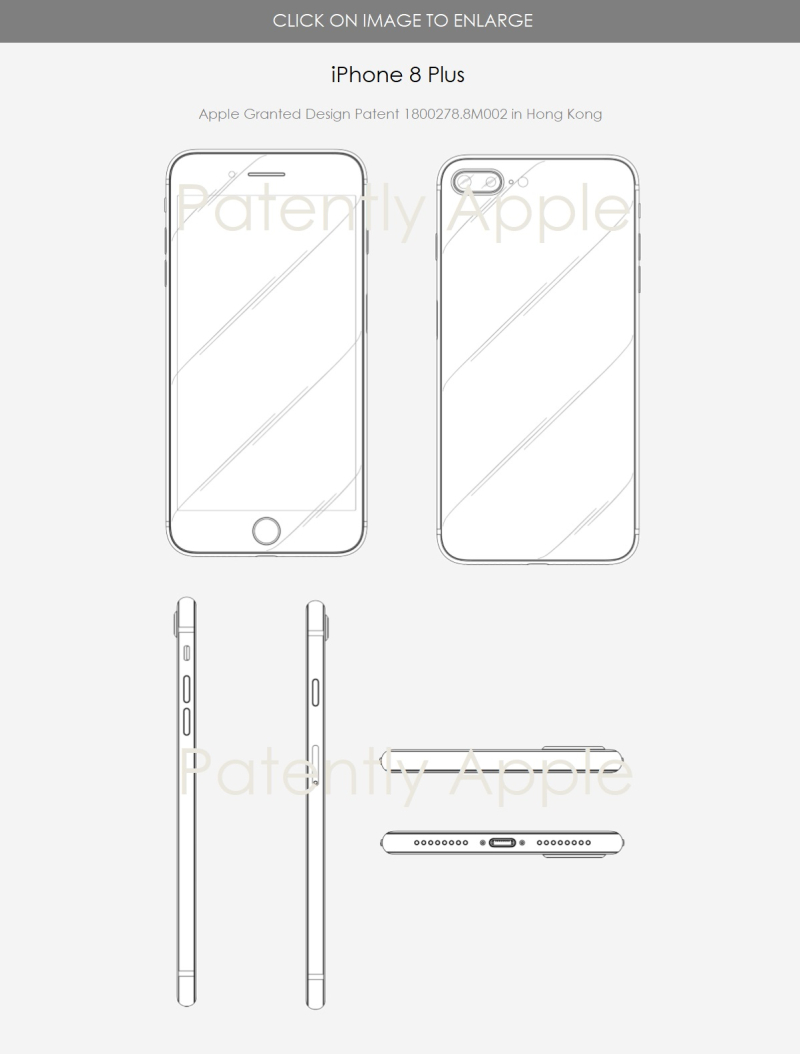 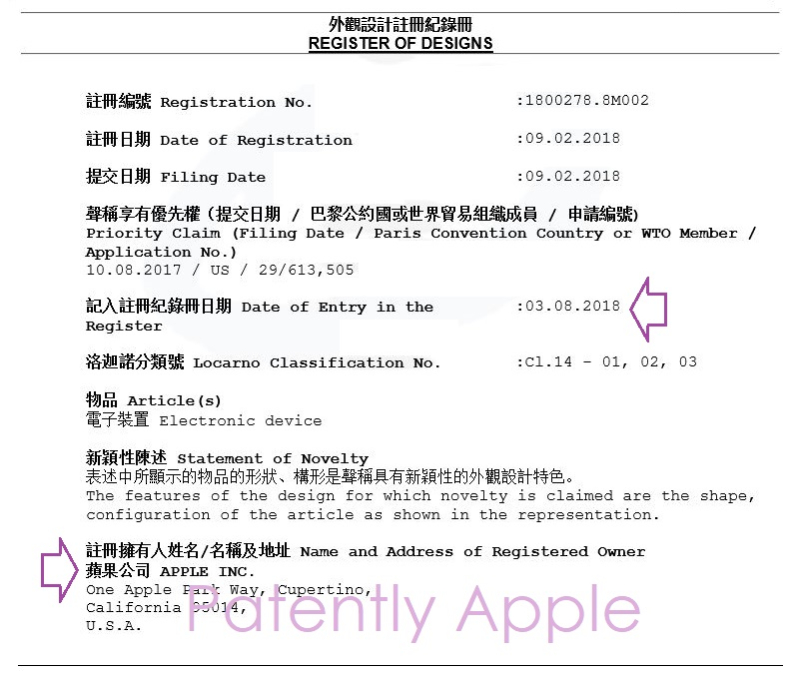