Apple has confirmed that they've acquired Akonia Holographics, a Colorado-based startup focused on making lenses for augmented reality glasses, the company confirmed on Wednesday, a signal Apple has ambitions to make a wearable device that would superimpose digital information on the real world.

According to their website, "Akonia Holographics is the world leader in systems and materials for holography. Akonia has demonstrated holographic HoloMirror display elements whose attributes exceed those of any other commercial technology. The Akonia HoloMirror technology will enable headsets that are thin, transparent & light-weight, while achieving high Field of View (FOV) with low manufacturing cost."

The company possesses 200 patents pertaining to holographic systems and materials. A list of granted patents is presented further below. Another R&D activity of Akonia Holographics relates to Gradient-Index Optics or GRIN. 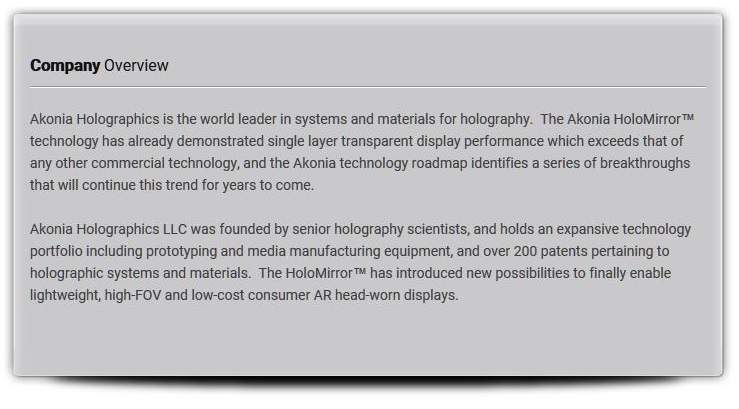 The Akonia acquisition is the first clear indication of how Apple might handle one of the most daunting challenges in augmented reality hardware: Producing crystal clear optical displays thin and light enough to fit into glasses similar to everyday frames with images bright enough for outdoor use and suited to mass manufacturing at a relatively low price. The initial news of the acquisition was reported on by Reuters. 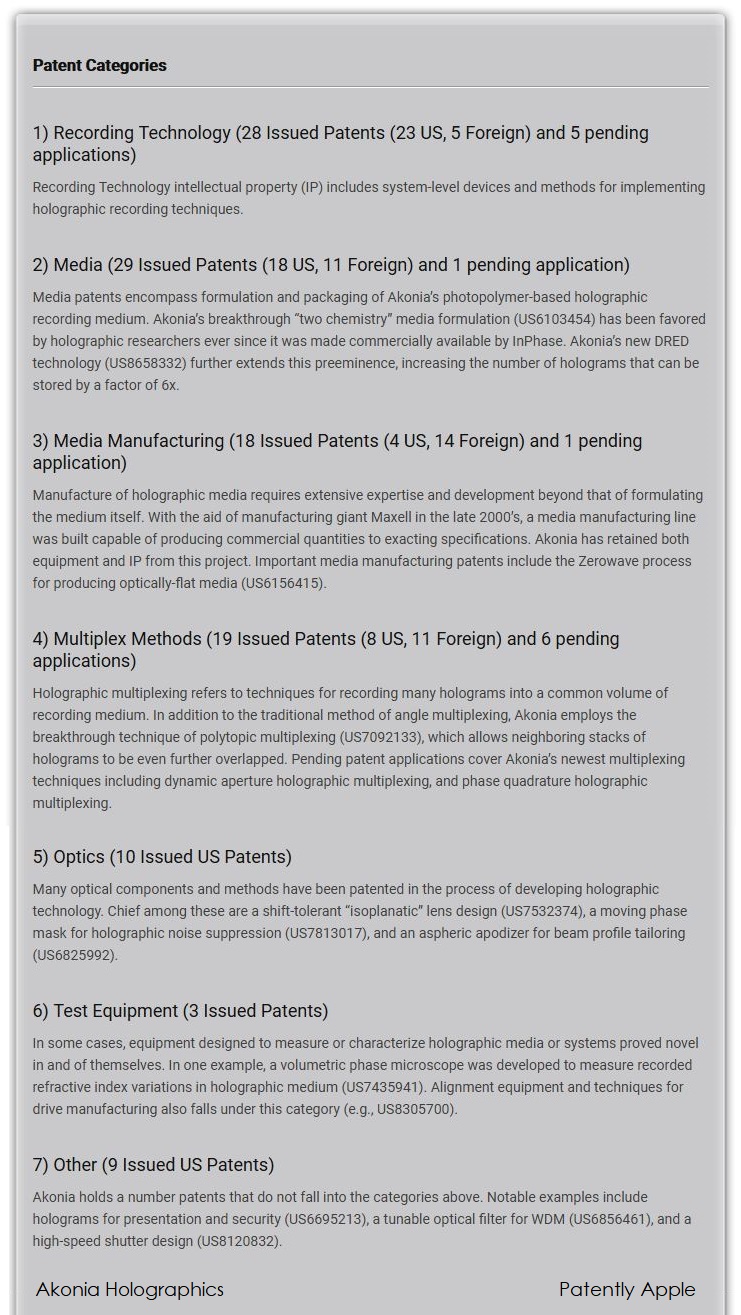