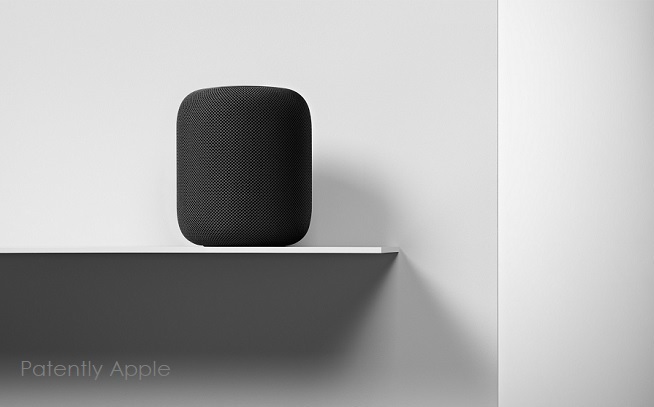 Earlier today Consumer Intelligence Research Partners (CIRP) released results from its research on smart speakers, including Echo from Amazon, Home from Google and HomePod from Apple for owners of devices as June 30, 2018. CIRP analysis indicates that within the US installed base of devices, Amazon Echo has 70% market share while Google Home had 24% and Apple HomePod with 6% as presented in the CIRP chart presented below.

Josh Lowitz, Partner and Co-Founder of CIRP: "Apple introduced HomePod in the first quarter, and now has a small but meaningful share. It took a small share of the market from both Amazon and Google. Still, Amazon has a two-year head start, and Amazon and Google each have a low-priced device that accounts for at least half of unit sales, so it's not clear how much further Apple can establish itself in the market without a more competitive model."

In CIRP's second chart we're able to see that 34% of Amazon Echo users and 31% of Google Home users report owning more than one device. 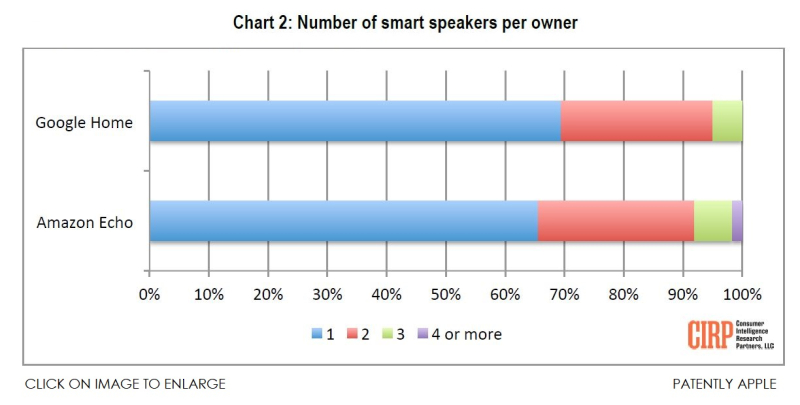 Mike Levin, Partner and Co-Founder of CIRP: "Both Amazon and Google encouraged users to buy multiple units, through pricing and promotions. Each brand wants to establish a position in a household, with units in every room. This seems to work, as about one-third of owners have multiple units, and almost 10% of Echo users have three or more.

The strategy of a very low-priced smart speaker encourages users to try one, and then add more as they get comfortable with the concept.

While HomePod does have a modest share of the installed market, it's not large enough to allow us to analyze number of units per owner in our sample."

Last week Patently Apple posted a report titled "While Google has launched the 'Smart Display,' Apple has yet to deliver on Phil Schiller's Vision." Both Amazon and Google have now updated their smart speakers to include a display which Schiller spoke about last year and yet didn't follow through with HomePod's first iteration.

CIRP based its findings on a tiny sampling of 500 US owners of smart speakers. It only reveals market share in a snapshot between July 1 and 18, 2018.

I'm not sure that market share means anything when you're comparing cheap bare bones devices and a quality speaker from Apple. It's highly likely that Apple made more profits on 6% of the market than Amazon and Google made combined with 94% market share.

In the end, if consumers judge a device solely on market share statistics, then well, they're idiots. While it's always interesting to see a statistical snapshot in time, in the bigger picture, it's close to meaningless.