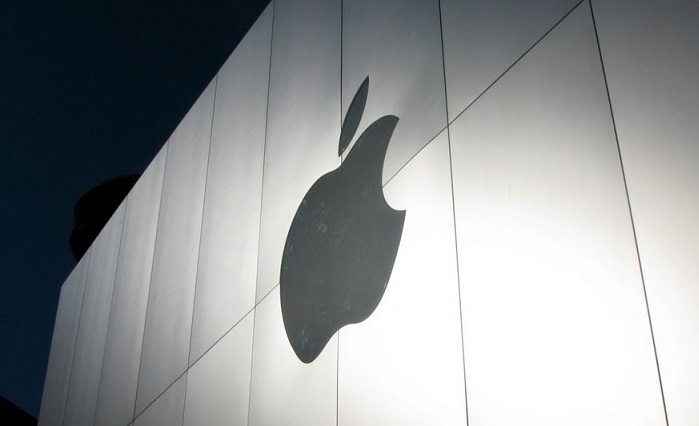 A better than expected quarterly result for Apple boosted shares in its Asia-based suppliers on Wednesday. Whenever Apple has a great quarter, certain analysts waste no time trying to claw back at Apple who made Samsung look weak and damaged. Yesterday Samsung's official Q2 Smartphone Operating Profits were shown to have fallen Sharply in contrast to Apple's blowout quarter. The negative analysts are quick to say that the reprieve may be shortlived amid the escalating trade war between the US and China.

It's being reported today by the Financial Times that "Asia-listed companies supplying key parts for Apple broadly rose in the morning session on Wednesday after the tech giant blasted through Wall Street expectations with a 17 per cent year-on-year jump in revenues and struck an upbeat outlook for the month ahead.

Taiwan-listed iPhone core processor chipmaker Taiwan Semiconductor Manufacturing and major assembler Hon Hai Precision Industry, as well as Japanese-listed screen suppliers Sharp and Japan Display all gained on the day after Apple shares rose as much as 4 per cent in after-hours trading in New York.

"The overall Apple ecosystem at least is relatively stable and seeing some product mix improvement, a better situation than some early fears after the mixed iPhone X initial reception," said Randy Abrams, an analyst with Credit Suisse in Taipei."

However, the rally for suppliers was expected to be 'shortlived' with Apple's forecast beat stemming from higher iPhone X pricing rather than unit sales, said CLSA analyst Sebastian Hou. Indeed, several companies, including iPhone camera lens maker Largan Precision, closed down on the day after earlier gains. 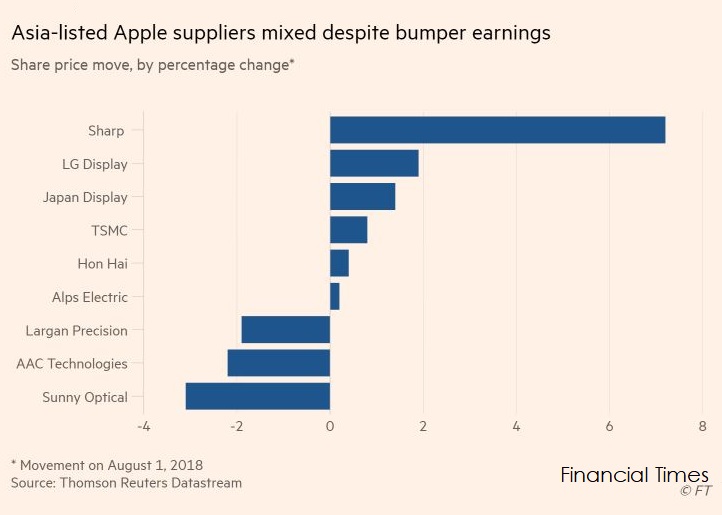 ING China economist Iris Pang told FT that 'Earnings of those suppliers would be hurt under a trade war. Smartphones are so far immune . . . but when the trade war hits global demand, then they will still feel the damage.'" For more on this, read the full Financial Times report here.

FoxBusiness reports today that "The tariff battle between the U.S. and China could be about to heat up again. The Trump administration plans to propose slapping a 25-percent tariff on $200 billion of imported Chinese goods. This comes after initially setting them at 10 percent, in a bid to pressure Beijing into making trade concessions."

Last week the US and EU reached a trade deal to calm trade war fears and hopefully the hard negotiations with China will produce a win-win deal.

At the end of the day, when Alphabet, AMD and Amazon reported positive quarters in the past week, there was no talk about the U.S. China trade war. But when it comes to Apple, analysts heads explode whenever Apple has a great quarter and they instantly go on the attack with negativity.

If it were Samsung to have had great success this quarter, analysts would be falling over themselves to say that Apple is officially dead and that Samsung is the greatest company on the planet. It's media hypocrisy plain and simple.