With Facebook's Stock taking the largest One-Day Drop in History, Class Actions against the Company began to Surface on Friday 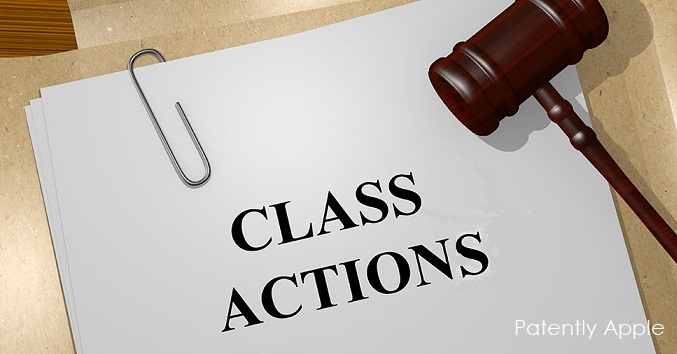 Facebook report disappointing results this week. This was Facebook's first full quarter since the Cambridge Analytica scandal, startled investors with a bevy of red flags about setbacks to its revenue and user growth. Indeed, the drop Thursday morning was sharper than the multi-day stock slide in March following revelations of data misappropriation by Cambridge and others.

With news like that, it's no wonder that Class Action lawsuits began to be filed against Facebook on Friday. The first Class Action lawsuit was filed by shareholder James Kacouris in Manhattan Federal Court accusing Facebook, CEO Mark Zuckerberg and CFO David Wehner of making misleading statements about or failing to disclose slowing revenue growth, falling operating margins, and declines in active users.

Specifically, the lawsuit states: " Defendants made false and/or misleading statements and/or failed to disclose that: (i) the number of daily and monthly active Facebook users was declining; (ii) due to unfavorable currency conditions and plans to promote and grow features of Facebook's social media platform with historically lower levels of monetization, such as Stories, Facebook anticipated its revenue growth to slow and its operating margins to fall; and (iii)    as a result, Facebook's public statements were materially false and misleading at all relevant times."

Count 1: Violation of Section 10(b) of The Exchange Act

Count 2: Violation of Section 20(a) of The Exchange Act

For more details on this case, review the full Class Action lawsuit filing below provided to you courtesy of Patently Apple

As noted in the graphic below, the second Class Action against Facebook was likewise filed in New York by Fern Helms. This lawsuit included Facebook's COO Sheryl Sandberg as a defendant. 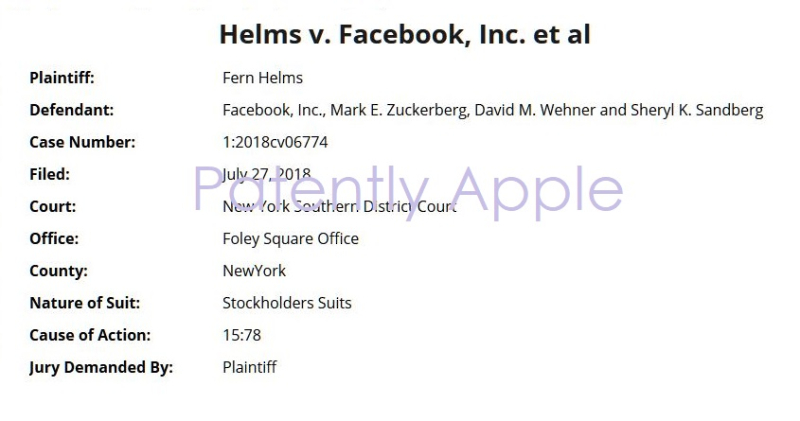 On Friday Bloomberg posted a report titled "Facebook Dive Sparks Investor Calls to Loosen Zuckerberg's Grip." The report noted that "Zuckerberg answers only to Zuckerberg,” said Jonas Kron, director of shareholder advocacy at Trillium Asset Management, which supported a shareholder proposal last year to replace Zuckerberg as chairman of the board. Since Thursday’s sell-off, he has received new phone calls and emails from other investors expressing support. He declined to identify those people. For more read the full report here.