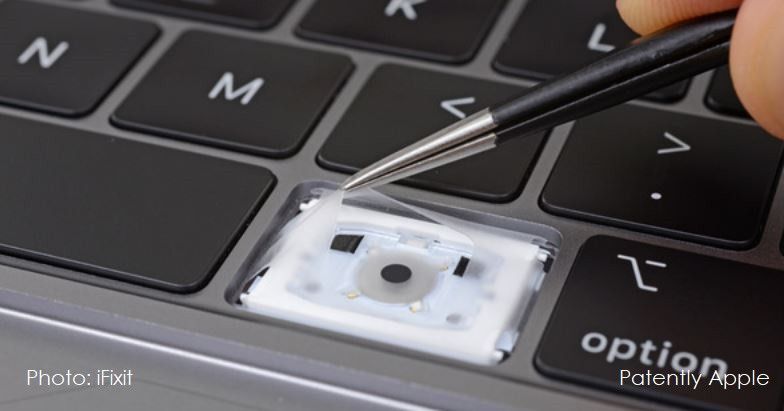 In Thursday's report covering Apple's MacBook Pro press release I added a side note that read: " We'll have to wait for the iFix teardown of the new MacBook Pros in order to see if the third generation MacBook Pro keyboards offer something new that would solve the butterfly key problem that has triggered a number lawsuits." Now iFixit has released a brief report focused on Apple' updated MacBook Pro's keyboard specifically (and not a full teardown) to point out the progress made to the keyboard. The iFixit rep points out that in fact Apple has added a thin membrane around the underbelly of the keys to keep dirt out. This is highlighted in their video below and in our cover graphic.

The iFixit rep pointed to an Apple patent covering the new key membrane which Patently Apple covered back on March 09, 2018 titled "A new Apple Invention Declares War on Crumby Keyboards." This makes it a patent fulfilled.

Our report noted that "Apple's invention relates to keyboards and/or other input devices that include mechanisms that prevent and/or alleviate contaminant (such as dust, liquid, and so on) ingress. These mechanisms may include membranes or gaskets." The Membrane is highlighted below in patent FIG.6 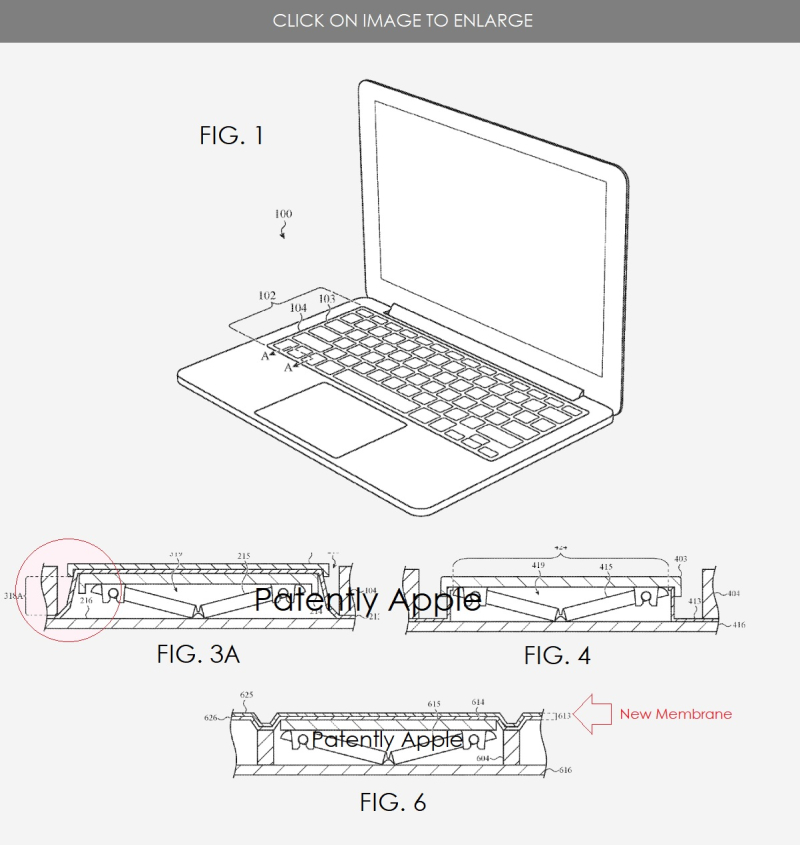 Next week iFixit will be releasing their full teardown report for the MacBook Pro and at that time they promise "to put this membrane through its dust-proofing paces, tear down the rest of the device, and speculate whether this really is a feature—or a secret bug fix impacting millions of consumers." So stay tuned.