Samsung's President of Mobile Communications confirmed last August that a smart speaker was in the works and coming to market. Weeks later Samsung further revealed that Samsung's acquired Harmon Kardon was the company that was behind the new speaker to be released in 2018. Today the Korean Press is claiming that Samsung is now set to introduce their AI speaker powered by Bixby at their Note smartphone Event in New York set for August 9th.

The report further suggests that the speaker may be dubbed "Magbee," according to a new trademark filing from Samsung. Patently Apple found that filing in South Korea's Patent and Trademark Office as presented below. 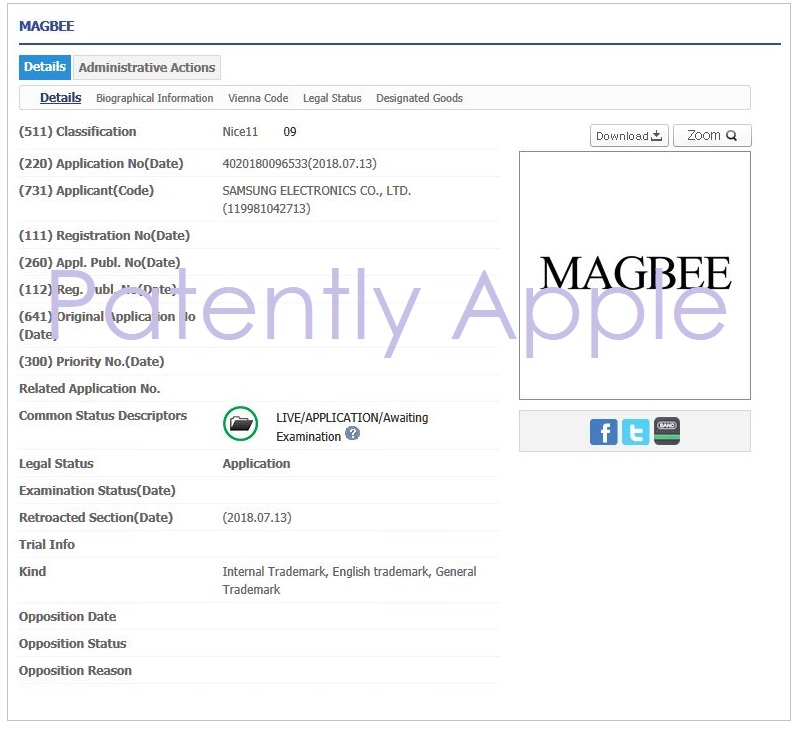 While there's no clear-cut description as smart speaker, the Trademark was filed under International Class 9 covering "Computer, recording, transmitting or reproducing the device for sound or video," and more. 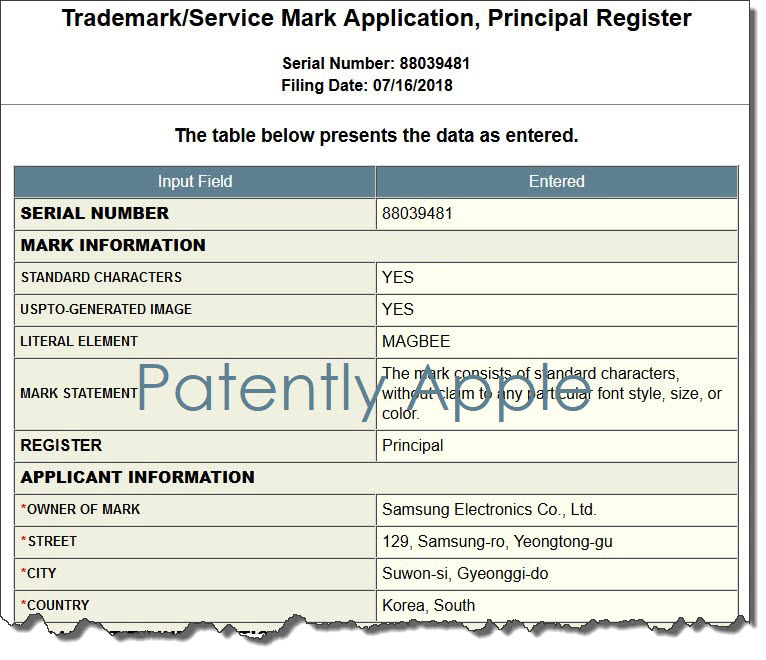 Whether Samsung will use this as the official name of their smart speaker next month can't be guaranteed, even with these trademark filings. But unlike Apple, Samsung likes to get their trademarks out before events to drum up some event excitement.

A Samsung Electronics spokeswoman said the company "cannot confirm any of the things related to our AI speaker," but added "our company plans to launch an AI speaker in the latter half of this year as the company's mobile business chief Koh Dong-jin previously mentioned."

It remains to be seen whether Samsung's new AI speaker can compete with its domestic and overseas competitors. The global AI speaker market has been led by U.S. tech giants Amazon and Google. Amazon's Echo AI speakers account for 43.6 percent of the market, according to data from Strategy Analytics. Google is next with 26.5 percent, followed by China's Alibaba with 7.6 percent, Apple with 6 percent and Xiaomi with 2.4 percent.