Home Archives Contact Us Subscribe Twitter MeWe Facebook Patently Mobile
Apple Seeks to Employ a Strategic Partner Manager in the UK with HPE & GE Experience
In an Effort to Catch-up with TSMC, Samsung Expands their Collaboration with ARM 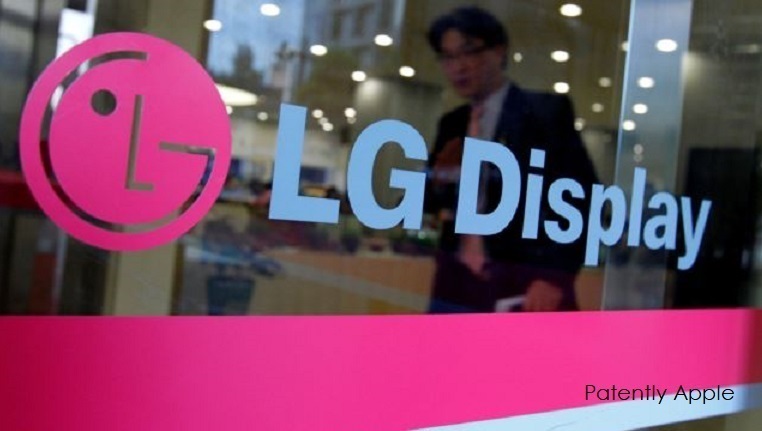 Last week Patently Apple posted a report titled "Rumor Claims that LG could be Apple's Second OLED Supplier in 2019 once the initial trial of 2-4 million units win Apple's Approval." The report noted that South China Morning Post had confirmed that LG would be slowly entering Apple's supply chain in what appeared to be a trial run of approximately 2 to 4 million units to begin with before cranking up production. It was further noted that the first shipment would be subject to two layers of approval, the first of which is expected around July. If successful, the majority of the new displays from LG would be slated for 2019.

Today, the Korea Times confirms this news by reporting: "Apple may soon be using LG Display as a "second supplier" for its advanced organic light-emitting diode (OLED) panels in the next premium iPhones, sources directly involved with the issue told The Korea Times, Thursday.

Apple signed a contract with LG Display under which LG will supply between 3 million and 5 million OLED displays, initially. LG Display plans to increase its production capacity," said an executive at a first-tier subcontractor of LG.

The source added that "Apple is attempting to release new iPhones with enhanced features next year and it is eyeing developing foldable iPhones, which will come several years later." For more on this, read the full report here.