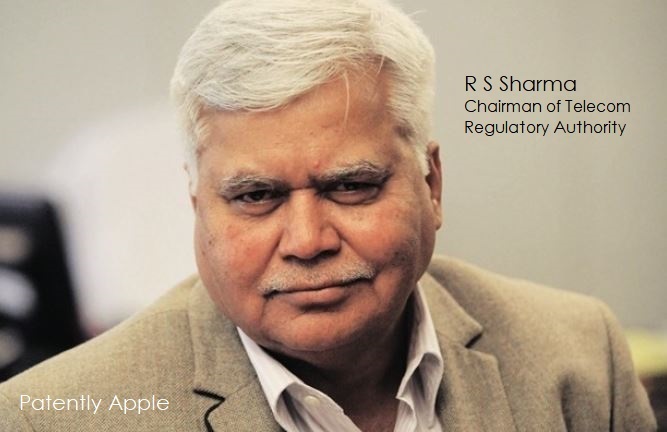 Patently Apple posted a report on June 9th titled "Apple Reveals at WWDC 2018 that they will be Complying with India's demand for an Anti-Spam App in iOS 12." An Indian publication today claims that the Indian Government may ban the iPhone within 6 months if Apple fails to deliver the anti-spam app with iOS 12 for India.

The fight that began last September is coming to a head. India Today reports today that "a new regulatory policy TRAI has hinted that if Apple doesn't step back and allow a TRAI app on the iPhone, it is possible that the agency may ask telecom companies like Airtel, Vodafone and Jio to delist and deregister the iPhone from their networks."

The report further noted that the Telecom Regulatory Authority of India has stated that 'Every Access Provider shall ensure, within six months' time, that all smartphone devices registered on its network support the permissions required for the functioning of such Apps as prescribed in the regulations 6(2)(e) and regulations 23(2)(d). Provided that where such devices do not permit functioning of such Apps as prescribed in regulations 6(2)(e) and regulations 23(2)(d), Access Providers shall, on the order or direction of the Authority, derecognize such devices from their telecom networks.'

In other words, if Apple continues to resist DND 2.0 app from TRAI, and not permit it entry in the iOS App Store, all the iPhones in India may lose access to 3G, 4G or even basic telecom networks." Source

While India is banging a big drum, the issue has reportedly been dealt with in the upcoming iOS 12 for India. Apple complied with China over iCloud and it's unreasonable to think that Apple would purposely defy the new regulations from TRAI.