In the Apple-Qualcomm Legal Battle, Intel gets Side-Lined for 5G Modem orders for iPhones 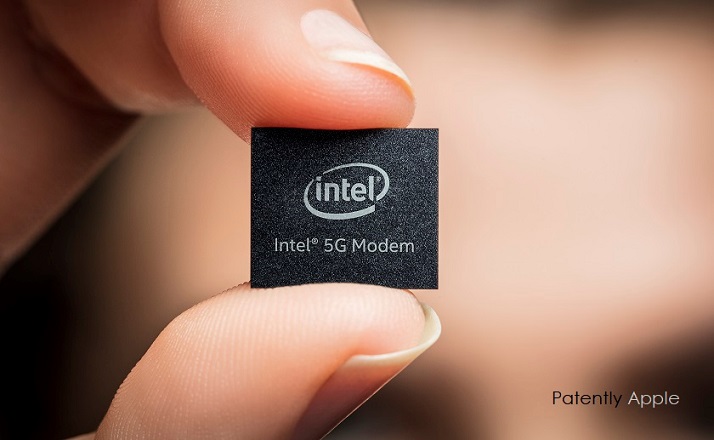 In November it was thought that Intel had a good chance of being Apple's 5G modem supplier due to their ongoing fight with Qualcomm. Today we're learning that Apple had reportedly informed Intel that it would not use its 5G mobile modem. The interesting point to the report came in this segment of the Israeli report: "Intel's executives said the company is now looking to further improve Sunny Peak to get the modem into Apple's 2022 mobile devices."

Why is that latter statement important? Because it supports the notion that politics may have put Apple in a position to temporarily back-off supporting an Intel modem due to their war with Qualcomm.

That was the opinion of Ryan Shrout, founder and lead analyst at Shrout Research. His report titled "Intel's development of 5G is at risk in Apple-Qualcomm lawsuit," was published on MarketWatch last Friday, days ahead of the news/rumor from Israel.

Shrout stated in his report that "Upholding Qualcomm's request to prevent Apple from importing iPhones that use Intel modem technology could imperil next-gen technology."

More importntly, the report noted that "An Intel lawyer said the company may have to reduce or remove plans to develop 5G-capable cellular technology if courts held up a Qualcomm request to halt sales of Apple iPhones that included current-generation Intel modems." This nails the reality of the situation.

The report further noted that "As part of an ITC (International Trade Commission) patent case filed by Qualcomm against Apple, Intel technology lawyer Steven Bowers testified about the impact on the blue-chip giant. Upholding the Qualcomm request to prevent Apple from importing iPhones that use Intel modem technology, rather than those that integrate Qualcomm modems, would force Intel to reevaluate or drop its plans for developing the next generation of wireless technologies."

The latest development in the Apple-Qualcomm war was covered on June 22 in our report titled "Apple to Challenge Qualcomm Patents found in the Infringement Case filed with the U.S. International Trade Commission (ITC)."

At the end of the day it's not a technical matter with Intel but rather a political problem as seen by Apple Legal. Intel made it clear during a keynote at Computex in June that HP, Dell, Asus, Acer and Lenovo would be introducing 5G modems in 2-in-1 devices debuting in H1 2019 as supported by Intel's keynote slides below. So Intel is on schedule with 5G modems. 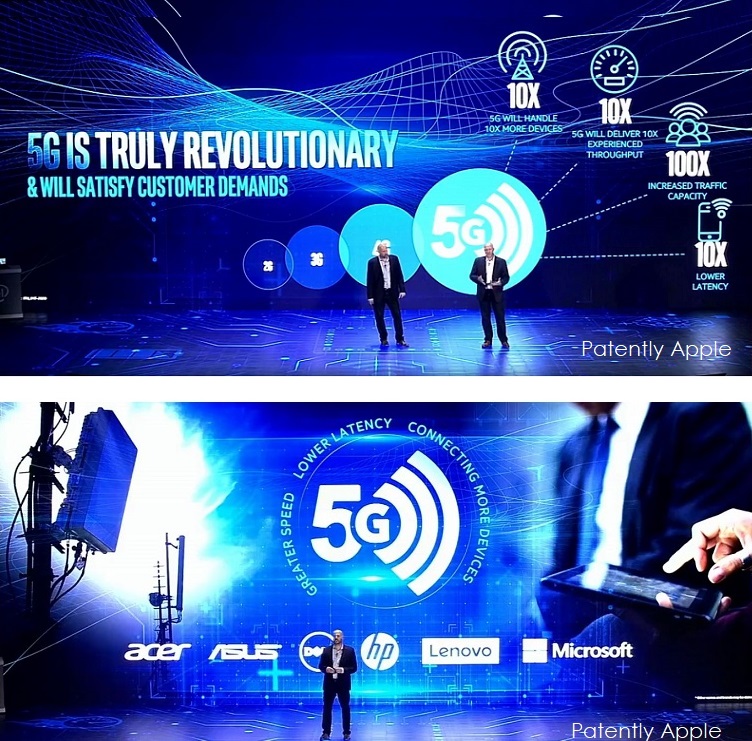 A year ago Patently Apple posted a report titled "Intel Files Statement with ITC claiming Qualcomm is trying to Force them out of the Modem Business with Apple." Intel knew this could be a consequence of the Apple-Qualcomm patent war and evidently they were right.