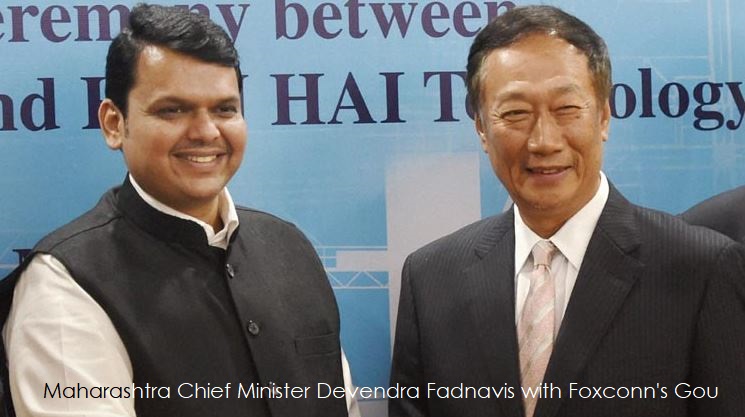 After many false starts, the Maharashtra government and Foxconn are likely to sign a deal next month under which the world's biggest contract manufacturer of consumer electronics will finally set up a manufacturing hub in the state.

What's not known at this time is whether Foxconn will be making smartphones for Sharp, Xiaomi, Nokia. A long shot would be to provide Apple with a larger plant to help them expand rapidly in India like Samsung did last week. Apple is having problems in India. Last week a trio of executives departed.

In December Sanjay Kaul departed for the same reasoning that sales in India were slumping. Earlier in 2017 it was reported that another eight senior executives had resigned. While Apple is stubling in India, their Chinese rival Xiaomi has sailed into being the largest brand in India back in March surpassing Samsung.

As for Foxconn, their Executive team held meetings with state government officials on July 4th in Nagpur and subsequently went on to meet Maharashtra chief minister Devendra Fadnavis.

Foxconn has told the state that its plant will be set up in the special economic zone of the Jawaharlal Nehru Port Trust and that it has already bid for 45 acres there, according to sources. Foxconn officials said that they would eventually need another 200 acres.

Sensing the company's intent this time, Fadnavis has written to road transport & highways minister Nitin Gadkari, asking him to allot 200 acres to Foxconn. The company is also seeking hundreds of acres of additional land outside JNPT from the state.

The India Times added that their sources have said that Gou is slated to visit India next month, when a formal agreement may be clinched. If things fall into place, then in August we may even have a ground-breaking ceremony," a state government official said.

At present Apple is working with Wistron in India who has recently expanded into manufacturing the iPhone 6s.