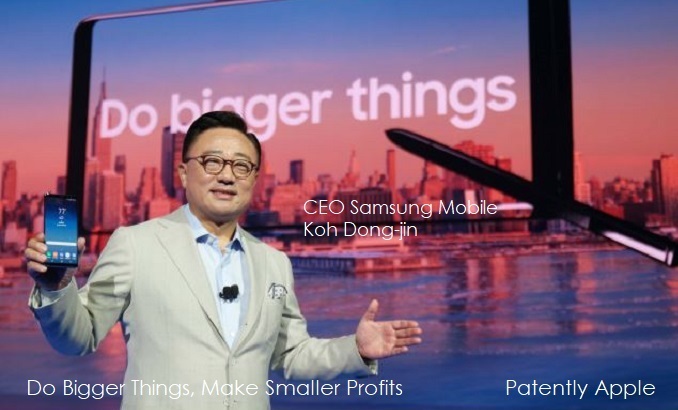 On March first we reported that right out of the gate pre-orders for the Samsung Galaxy S9 were below expectations. Later that month we reported that the S9 went on sale to a lukewarm reception by Koreans. Then in June we reported that market analysts were forecasting S9 sales would be the slowest since the Galaxy S3 in 2012. Our report noted that "Han Seung-hoon, an analyst from Deutsche Bank, noted in an investment report: 'The slowing sale of smartphones has pressured it to cut the retail price of its flagship Galaxy handsets, which may have led to the profit drop of the tech giant.'"

It's being reported today out of South Korea that Samsung's revenue would be down 4.92% on-year citing that Samsung Galaxy S9's sales were more disappointing than expected.

Doh Hyun-woo, an analyst from NH Investment & Securities said that "The S9 sales in the second quarter will likely stand at 8 million (units), and the annual sales will come in at 28 million. The disappointing figures for the high-end phones are the main reason behind the firm's lower-than-expected smartphone sales."

It marked the first time in seven quarters for the company to post an on-quarter decrease in terms of operating profits.

Samsung did not offer performance and net profit estimate reports for each business division. The company will deliver its finalized earnings report later this month.

On the positive side, Park Won-jae, a researcher at Mirae Asset Daewoo Research stated that "Although the smartphone business did not meet expectations, the chip arm's performance was strong (over the second quarter)," said claiming that foreign-exchange conditions were also advantageous for Samsung."

Of course anytime Samsung missed their financial mark, rumors of their foldable smartphone surface as a way to charge up their fan base, even though Samsung is reportedly only expected to produce 300 to 500,000 units first to gauge the phone's marketability.

That's not exactly a vote of confidence on their part which likely indicates that the design will be simple rather than it being bold or daring.