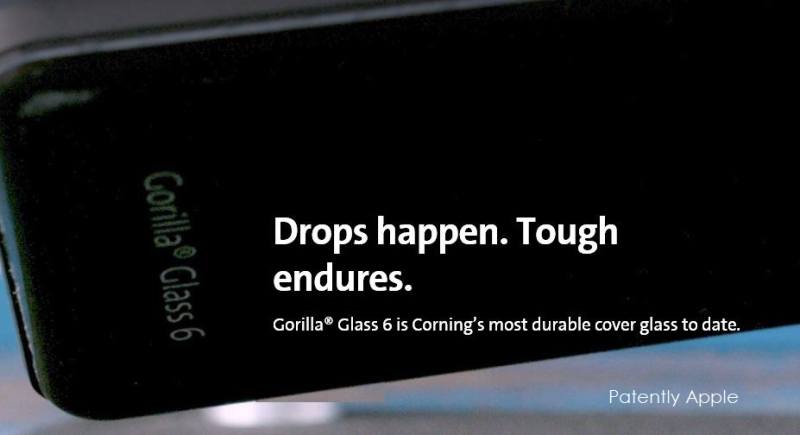 Beyond the major stories of the day, our 'At the End of the Day' report takes a final look at other technology news that might be of interest to our readership. Our three stories today cover Gorilla Glass 6, Intel turns 50 and Samsung foolishly mocks iPhone X.

A recent worldwide Toluna consumer study revealed that, on average, people drop their phones seven times a year, with more than 50 percent of the drops occurring at 1 meter or below. To improve cover glass performance, Corning scientists developed and engineered an entirely new material to address the challenge of multiple drops. On average, in lab tests, Gorilla Glass 6 survived 15 drops from 1 meter onto rough surfaces, and is up to two times better than Gorilla Glass 5. Under the same test conditions, competitive glass compositions, such as soda lime and aluminosilicate, did not survive the first drop.

"Gorilla Glass 6 is an entirely new glass composition that can be chemically strengthened to give it significantly higher levels of compression than is possible with Gorilla Glass 5. This enables Gorilla Glass 6 to be more resistant to damage," said Dr. Jaymin Amin, vice president of technology and product development, Corning Gorilla Glass and Corning Specialty Materials. Read more of Corning's press release here. '

#2 Intel Turns 50: Fifty years ago, Robert Noyce and Gordon Moore founded Intel with a purpose: To ponder what might be possible. To imagine, to question and to do wonderful in pursuit of a better future.

Today we celebrate the 50th anniversary of Intel, a company born at the dawn of the technology industry – the advent of the integrated circuit. Since that day — July 18, 1968 — Intel's impact has been felt through a progression of tech waves, including the personal computer, the internet and the cloud. We stand now at the starting line of a new and even more profound digital transformation where virtually every activity will interact with computing.

Computing is about to become infinitely more diverse. It will evolve into new form factors. It will adapt to extreme cost and environmental constraints. And it will power software and algorithms that are always-on, always-learning and able to excel at specialized tasks. Think of systems to prevent fraud on a blockchain or to concurrently anticipate and prevent diabetic events for a million individuals. Read more about this here and here.

Samsung's top line smartphones are now acknowledged as losers against Apple and so Samsung is reportedly going to take a "Shotgun" market approach to make it look like their smartphone sales are solid. What does that involve? Churning more and more mid-to-low-end phones to blur the lines.

Data from Strategy Analytics showed that Samsung's global share dipped to 22.6% in the first quarter of 2018 from 22.7% a year ago." Samsung has to pray that Huawei and Xiaomi never get into the U.S., because when that ever happens, greater Android competition will sink Samsung's current 36% market share in the U.S.