At the End of the Day: Apple Pal Alto Store Reopens, Top iOS Apps of all time Revealed & Samsung to Launch Flex-Battery for Foldable Smartphone in 2019 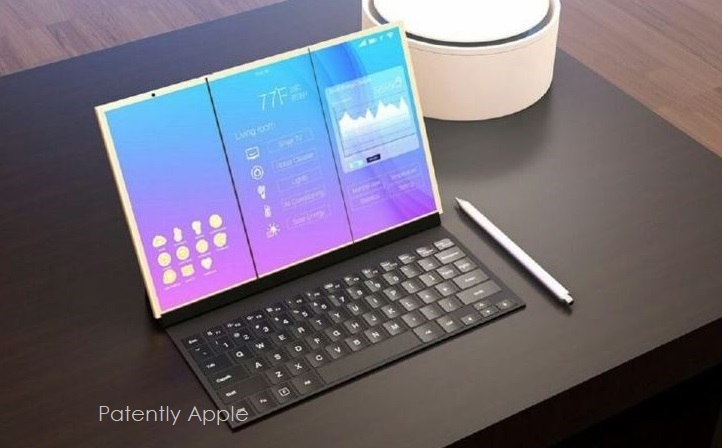 Today we learned that Samsung's first foldable smartphone will reportedly debut next year with a next-gen flex battery. The rumor, originated from the Chinese tech site ithome.com., stated that industry insiders who are privy to Samsung's battery-making process say that the company is about to make a major breakthrough.

A translation of the report states that Samsung is planning to use folded batteries in a next-gen foldable smartphone in 2019 with an estimated capacity of 3000mAh to 6000mAh. With Samsung rightfully paranoid about another smartphone fire mishap, the new battery is unlikely to hit the top estimate of 6000mAh.

While our cover image is a concept-only image of Samsung's foldable smartphone, it is in fact based on one of a Samsung patent design images as noted above. Will Samsung's first leap into a foldable smartphone be this elaborate? Likely not, but you can check out their many foldable smartphone concepts in Patently Mobile's archives here. If Samsung were to release such a beast in 2019, it would send Samsung's Android competitors into a panic.

We also learned today from Germany's Storeteller website that Apple's Pal Alto store has reopened after a brief 48 day remodeling break (see photo below). The photo below is from Meg Macri (Megacatz) on Instagram. 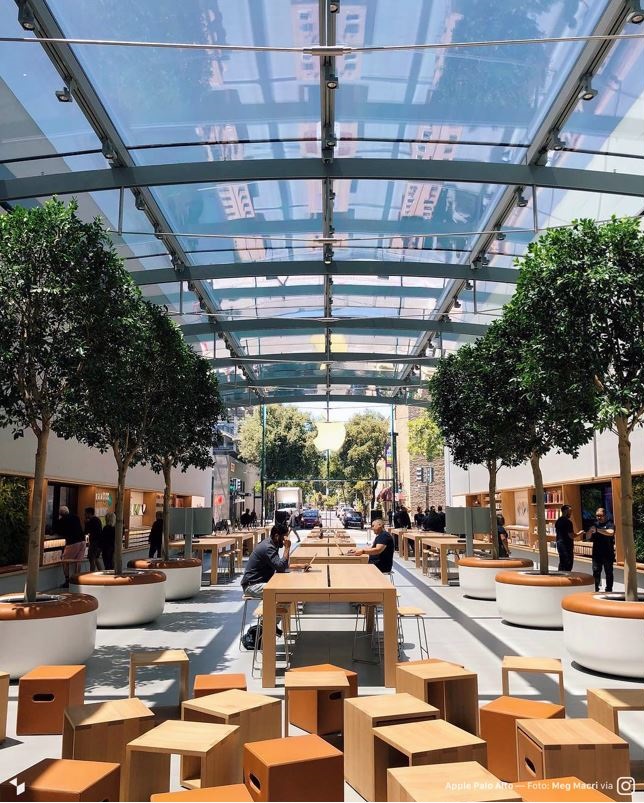 If you've ever wondered what the best iOS apps for all-time were, you're in luck. Today App Annie released a report on just that topic that you could check out here.