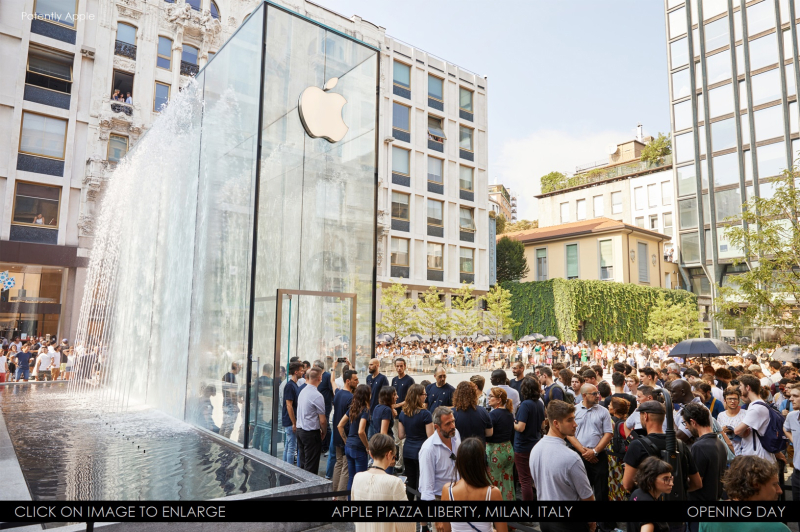 This week has been captivated by Apple's new Apple Piazza Liberty store which opened in Milan yesterday to thousands of customers who came to experience Apple's new retail store design for the first time in Italy. Guests gathered on the public piazza and in the store below to join in the Today at Apple sessions and performances, which will continue all weekend. Apple has released their "official photos" of opening day and our report presents most of the jumbo photos below.

The first photo below shows Apple Piazza Liberty giving new life to a piazza in the heart of Milan. It's so European to see old mixed with new architecture. It's really a stunning photo. 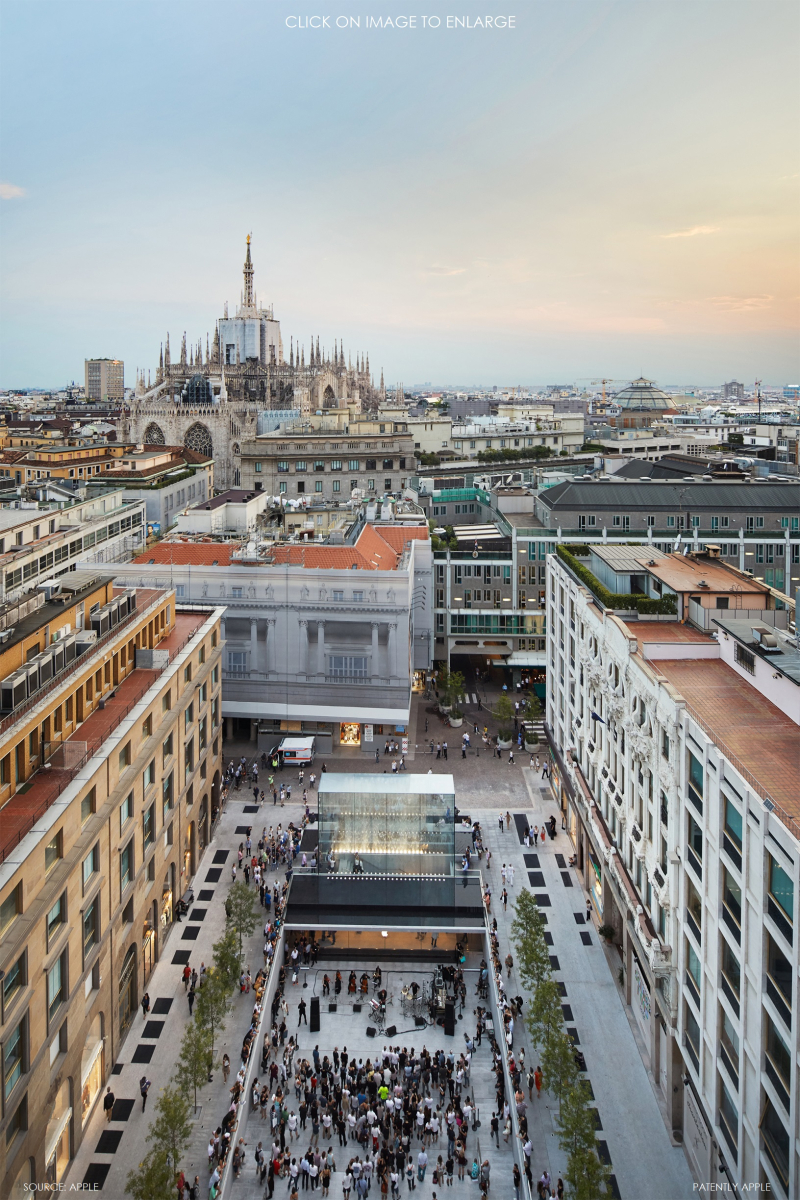 It was a Classic opening day greeting from Apple store reps. Above we see the first Apple Customer entering the store through a unique glass fountain entrance. 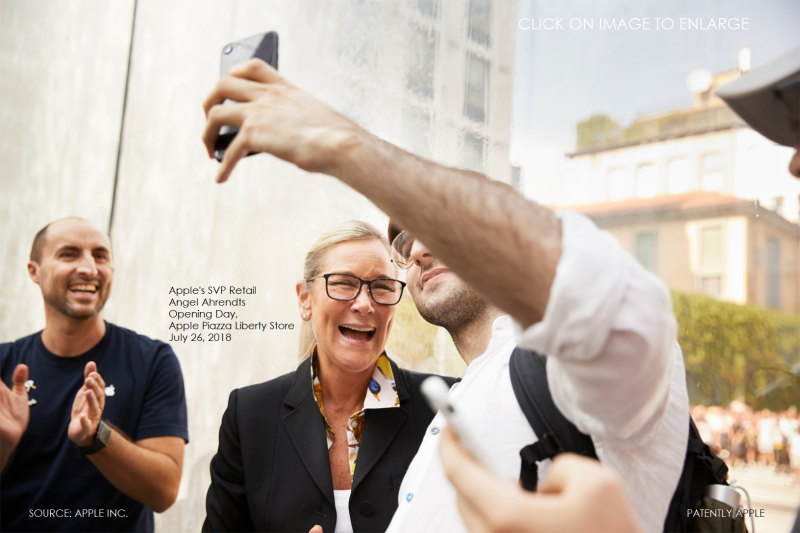 Below we see a happy Apple Customer on opening day at Apple Piazza Liberty in Milan Italy. She appears to be more interested in the Apple sales rep than anything else. 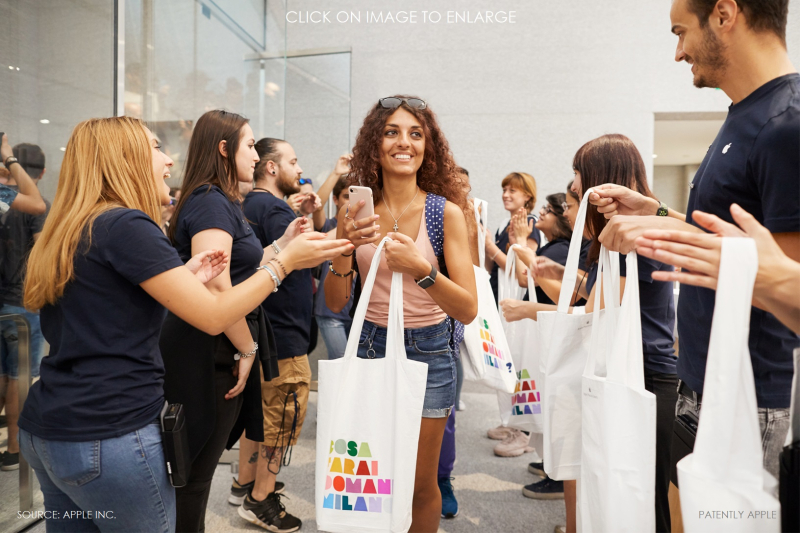 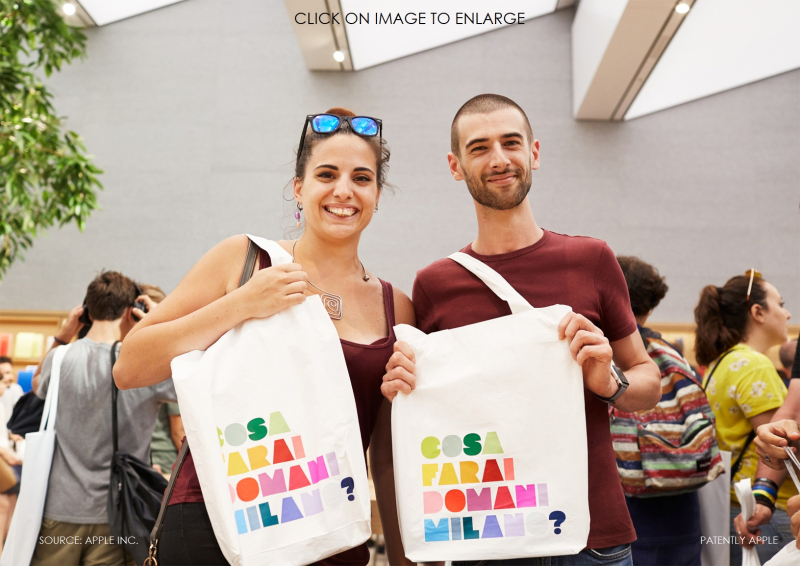 Apple worked with 21 local artists on a campaign to celebrate the creative community of Milan. The bags noted above were a part of that campaign.

For more photos, see our Thursday report here. Below is a nice shot found on Storeteller Germany. 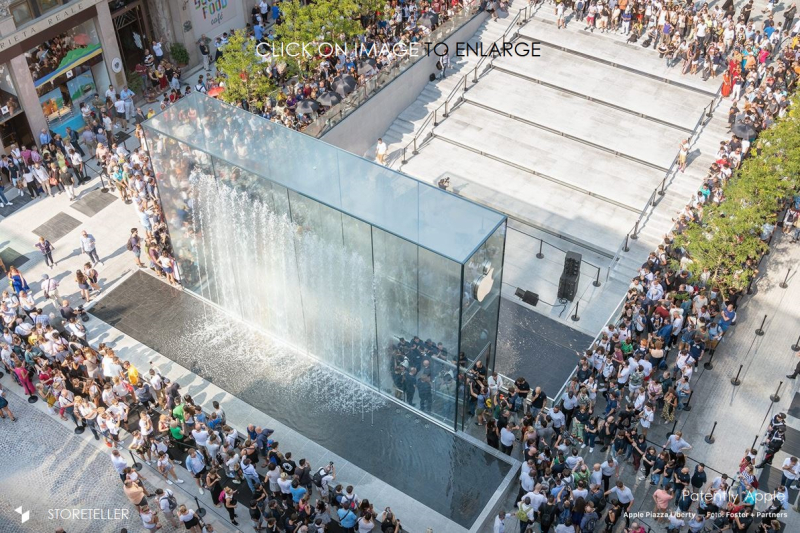